Some urban treasures are hidden in plain sight. The documentary film "On the Map" shows how MIT professor Annette Kim and her research group, the Sidewalk Lab (SLAB), trained themselves to see anew in Ho Chi Minh City. In the process, they helped open the eyes of planners to one of the city's greatest assets: street and sidewalk vendors. Through rigorous observation and cartography, SLAB worked to protect the rights of these entrepreneurs and highlight their positive impacts on the city.

While filming "On the Map," we found inspiration in SLAB's unique approach to research, analysis and visualization as a path toward understanding. We focused on the use of critical cartography for spatial analysis and public engagement. Kim elaborates on this process in her new book "Sidewalk City: Re-Mapping Public Space in Ho Chi Minh City."

SLAB is now hosting an exhibit at MIT's Wolk Gallery through November 15, which features their latest experimental maps based on 15 years of fieldwork. The exhibit will then travel to Ho Chi Minh City, where the team hopes it will encourage debate on the legitimacy of public vending in a non-participatory planning system. It will also show in Los Angeles, home to the world's largest Vietnamese diaspora. Details on upcoming events can be found on the SLAB website. 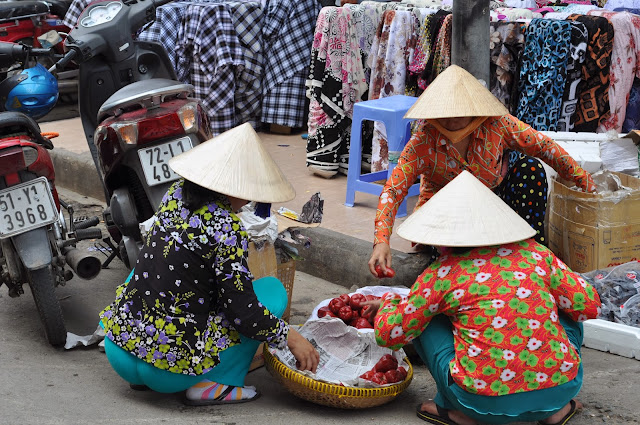 Noalee Harel, Ruth Sappelt and Jackie Sly are students at MIT. Noalee is a Comparative Media Studies major, with a special interest in documentary production and science journalism. Ruth is a Master of City Planning candidate who focuses on social justice through public leadership and media. Jackie Sly is majoring in Mechanical and Ocean Engineering and minoring in Writing. They co-produced "On the Map" for a film class taught by Bill Lattanzi in the spring of 2013.