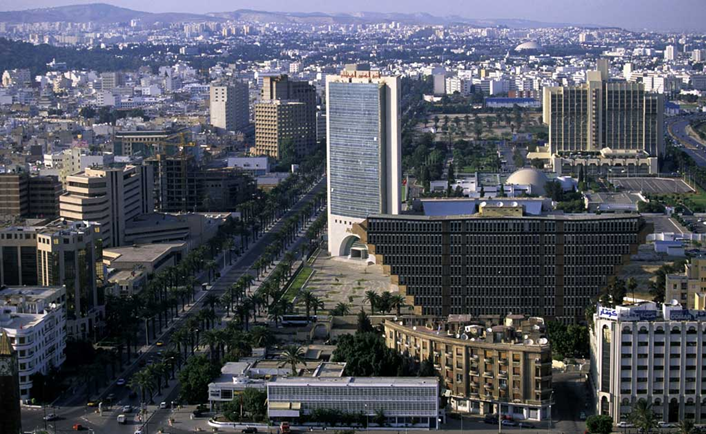 On Tuesday, hundreds of thousands of people will gather in Tunis for the World Social Forum (WSF). They plan to discuss alternatives to capitalist globalization, in response to widespread economic and ecological problems wrought through market-oriented development over the past thirty years. The WSF has taken place annually since 2001, inspiring national and regional versions in cities throughout Africa, Europe, Southeast Asia and South America. These forums have become important congregation points for the alter-globalization movement, and their locations reveal a striking counterpoint to those of "global cities." 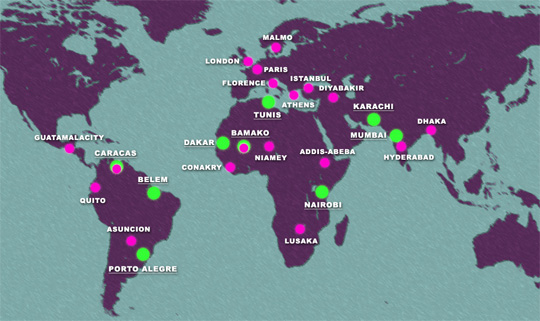 A map of World Social Forums (green) and their regional counterparts (pink), by René Boer.

Saskia Sassen coined the term "global cities" in reference to increasingly interconnected nodes of worldwide economic and political influence. Periodic reports like the Globalization and World Cities (GaWC) Classification or the Foreign Policy Global Cities Index tend to designate London, New York and Tokyo most influential, followed by cities like Frankfurt, Hong Kong, Paris, Zurich, Chicago and Seoul. Cities in lower-income countries are disproportionately scarce among the top 25, which contrasts sharply with the nodes of global social movements. 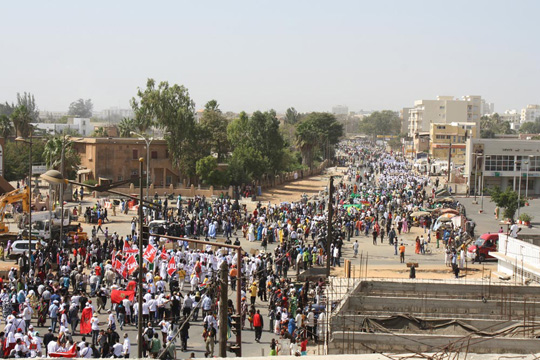 Jennifer Robinson, Aihwa Ong and Ananya Roy criticize "global cities" rankings that concentrate on the development trajectories of relatively few cities in the highest-income countries. Such hierarchies dominate contemporary thinking on urbanization and shape policy in not-so-global cities, aimed at "catching up" with the command centers. Robinson's notion of "ordinary cities" highlights the unique histories, current situations and future possibilities of all urban areas. While not discounting the importance of examining global cities, this idea opens a much wider range of options for research and policy. 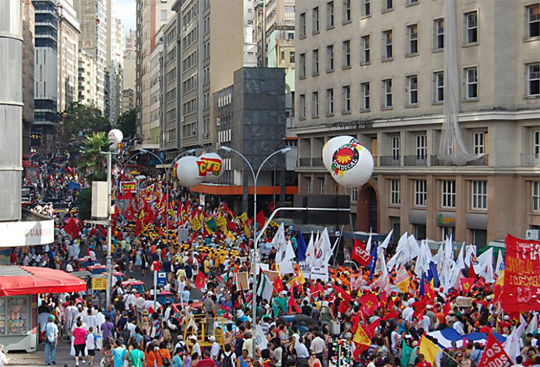 Research on less-dominant cities often takes the form of local case studies with limited scope. Broader lateral networks, interactions and mutual experiences among them receive less attention. Robinson points to alternative globalization processes taking shape among ordinary cities and shaping their development paths. Migration patterns, criminal networks and religious movements, for example, forge new relationships between cities and exert considerable influence at local scales. In a similar way, the recent emergence and distribution of social forums has created an alternative urban constellation. The networks of activists meeting in ordinary cities of different sizes, cultures and regions prove that these places can be "global" in their own way.

Paris is on the verge of a massive transportation upgrade, largely for the benefit of its long-neglected suburbs. The Boulevard Périphérique is currently a physical and psychological border between two unequal worlds. The 2.2 million residents of Paris intra-muros rarely set foot in the banlieue, home to a primarily lower-income and more ethnically diverse population of 9.5 million.

Photographer and filmmaker Eve Morgenstern has been traveling throughout the United States documenting abandoned homes — monuments to the human impacts of financial crisis. Her "Facades of Crises" photographic series recently appeared at the Bildmuseet in Sweden. She also makes videos on the aftermath of foreclosure for the Department of Housing and Urban Development (HUD) and the Federal Reserve Board. Her current project is a documentary about an Ohio town bought and bulldozed by a polluting power plant. I interviewed her about her experience as a documentarian of foreclosed homes, and about the role of art in periods of economic crisis.

Defense of a ‘Cultural Factory’

The Casablanca art world has been up in arms since the Feb. 15 print edition of Al Ittihad announced that the city government planned to transform a popular cultural space into a parking lot. 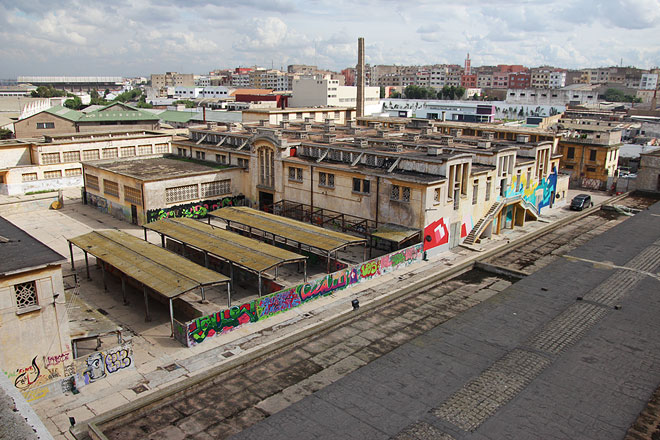 The site of Casablanca's old slaughterhouses — known locally as "les abattoirs" or simply "l'batoir" — covers five hectares in the historically industrial neighborhood of Hay Mohammadi. Its buildings were designed by French architect Georges-Ernest Desmarest and completed in 1922. Abandoned 80 years later, the site became a rallying point for local artists and architects with ideas for its reuse. They attracted support from King Mohammed VI and managed to register the slaughterhouses on Morocco's heritage list in 2003. Artist Georges Rousse started a project in one of the buildings later that year, and multidisciplinary cultural events soon appeared. 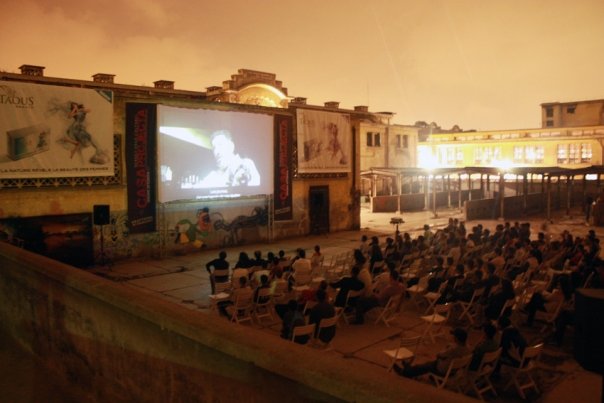 In 2008, Casablanca officials collaborated with officials from Amsterdam on a series of workshops dedicated to connections between industry and culture. Mayor Mohamed Sajid later authorized the architectural preservation society Casamémoire to manage the slaughterhouses with local artists, and they formed the Cultural Factory at the Slaughterhouses Association. Yet despite the Cultural Factory's status as a national heritage site and world-renowned center for the arts, it remains a piece of underfunded city property at risk of ruin and redevelopment. Casamémoire has been trying unsuccessfully to renew its lease, and when government officials began parking on the grounds last month it appeared to indicate a plan to reclaim the space. 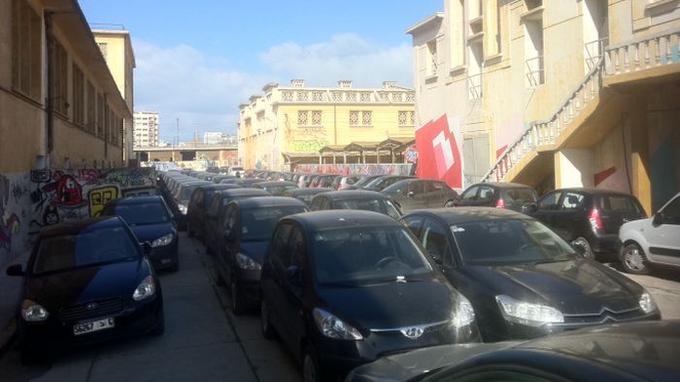 The arts community mobilized rapidly via online and offline networks. Within 24 hours a petition campaign amassed 1,200 signatures and a "Save L'Batoir" page appeared on Facebook. Blogs and online forums were abuzz with indignation, and young designers created signs for the growing protest movement. 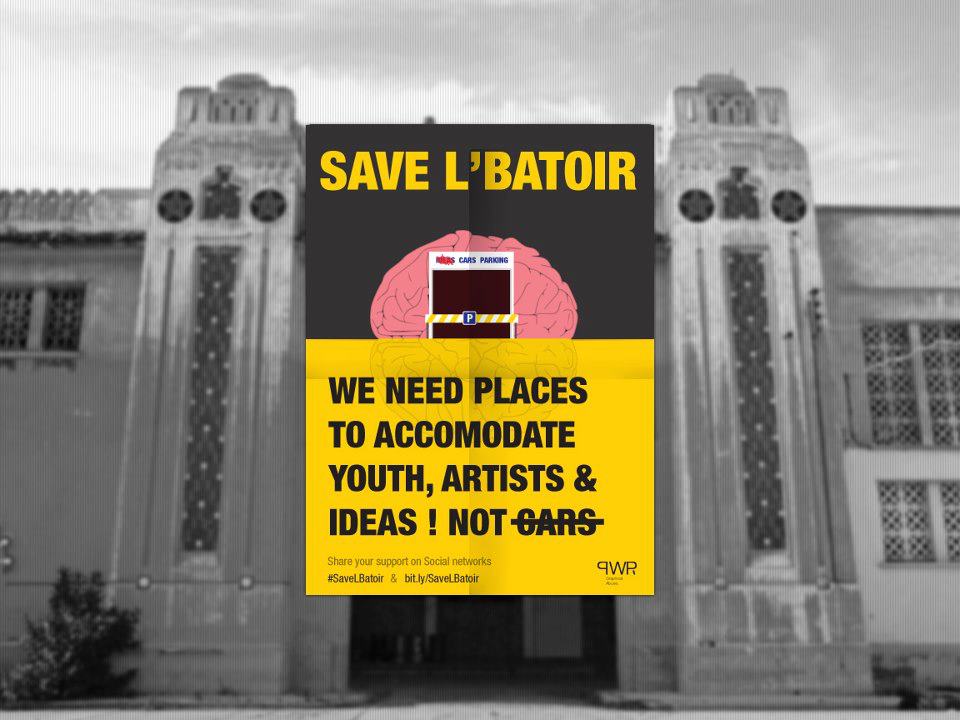 Authorities eventually issued a statement explaining that the vehicles were there as a temporary measure to deal with overflow in their parking lots. City Council Vice President Ahmed Brija assured everyone that the 260 cars would eventually be removed, and they disappeared within the next two weeks. 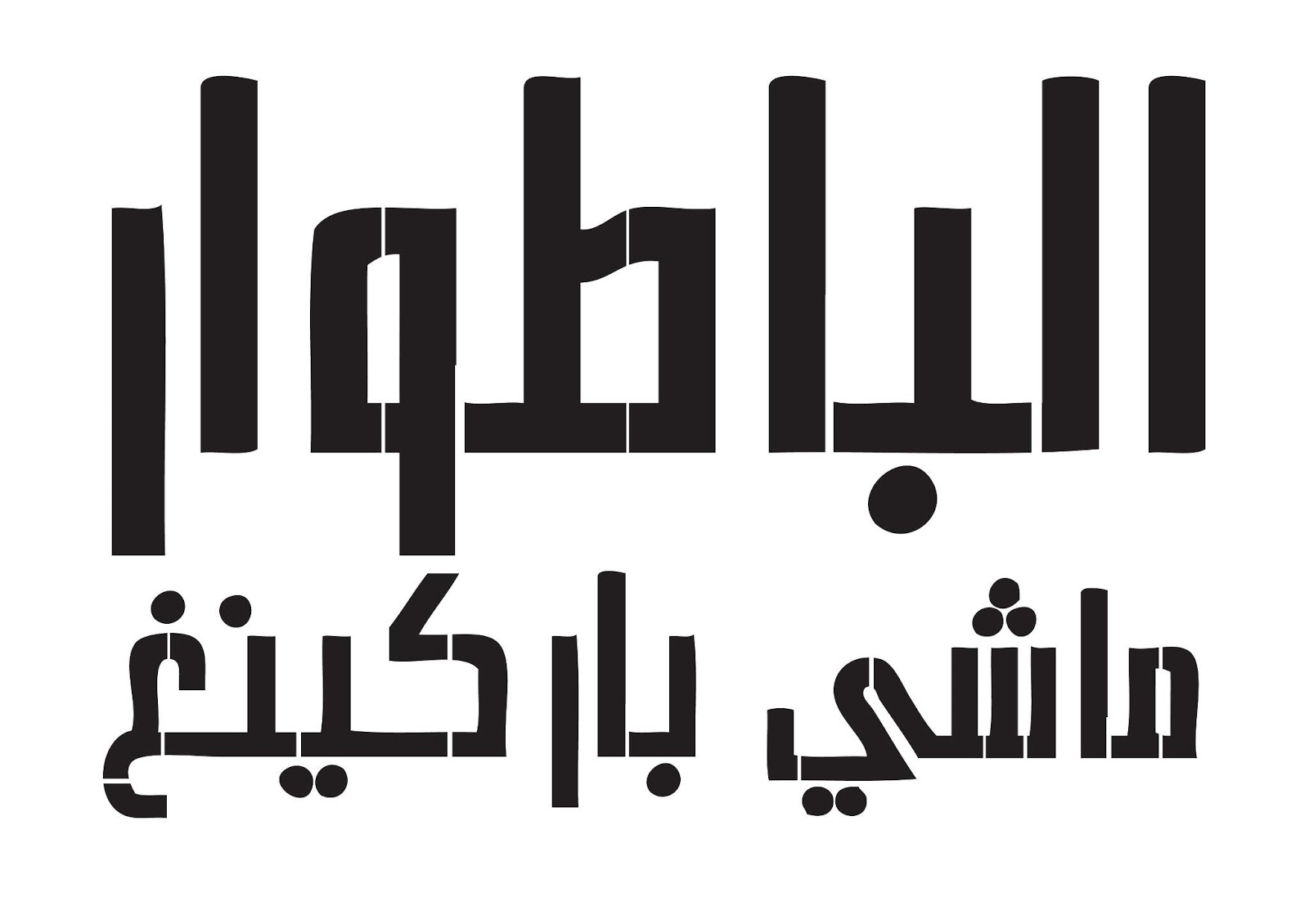 A protest stencil reads, "The slaughterhouse is not a parking lot." Source: Zied Ben Cheikh

Supporters of the cultural space are nevertheless on edge, and an "Occupy L'Battoir" movement has emerged to keep the slaughterhouses dedicated to the arts. Despite the massive show of support, Aadel Essaadani — current president of the Cultural Factory — maintains that a longterm solution will require stronger political and financial commitment from the city government.

Although the Bay Bridge opened six months before the Golden Gate Bridge, it is widely considered the lesser of the two. The Golden Gate's Art Deco design in striking international orange has made it a global icon, while its silver counterpart is a heavily used expressway connecting San Francisco with its industrial neighbor, Oakland. After 75 years of living in the shadows, yesterday the Bay Bridge came into the spotlight. 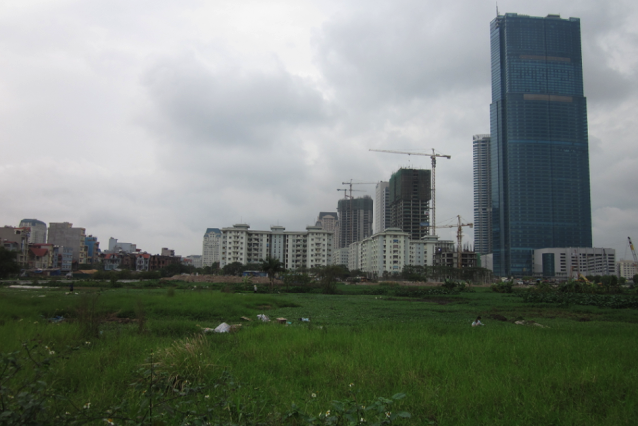 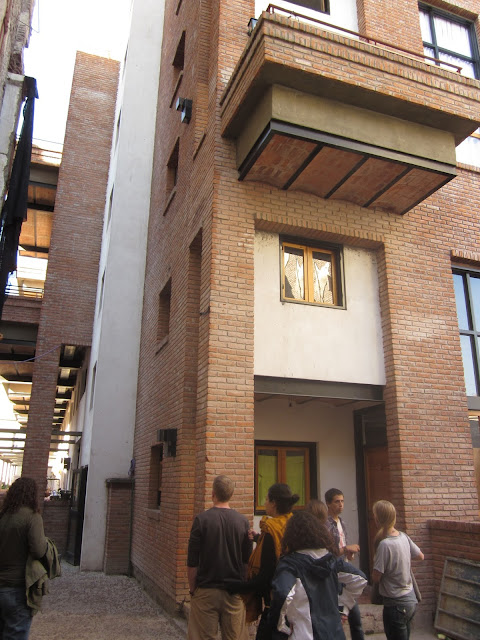 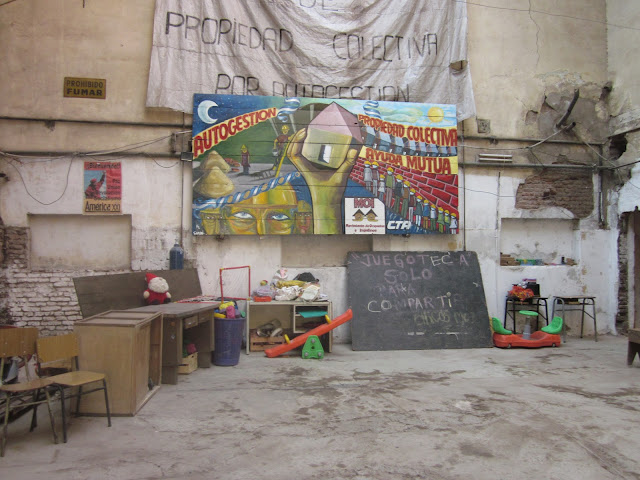 “As global/local forms of capitalism have become more entrenched in social life, there are still powerful tendencies to externalize nature. Yet the intricate and ultimately vulnerable dependence on capital accumulation on nature deepens and widens continuously. It is on the terrain of the urban that this accelerating metabolic transformation of nature becomes most visible, both in its physical form and its socio-ecological consequences. 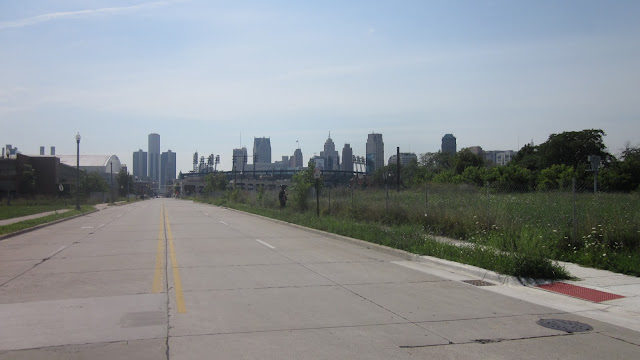 “Urban political ecology research has begun to show that because of the underlying economic, political, and cultural processes inherent in the production of urban landscapes, urban change tends to be spatially differentiated, and highly uneven. Thus, in the context, of urban environmental change, it is likely that urban areas populated by marginalized residents will bear the brunt of negative environmental change, while other, affluent parts of cities enjoy growth in or increased quality of environmental resources. While this is in no way new, urban political ecology is starting to contribute to a better understanding of the interconnected processes that lead to uneven urban environments.”

— Nik Heynen, Maria Kaika and Erik Swyngedouw in In the Nature of Cities: Urban Political Ecology and the Politics of Urban Metabolism, 2006

A Collective Approach to Local Entrepreneurship 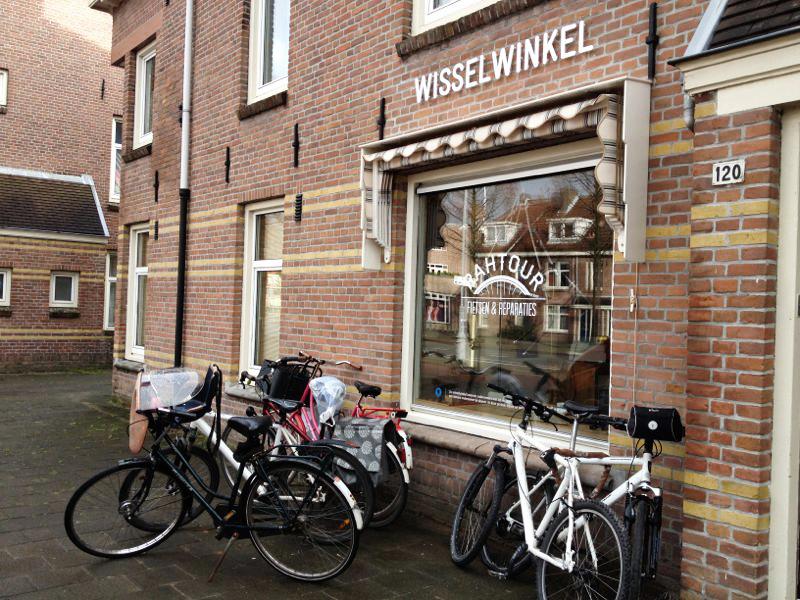 Locally owned shops were once cornerstones for products, services, employment and social networks in urban neighborhoods. The rise of automobiles, franchises and Internet shopping has forced many out of business or into niches that don't correspond with the needs of their local communities. However, in some cities they're seeing a resurgence due to creative initiatives that link grassroots activism with public- and private-sector resources. 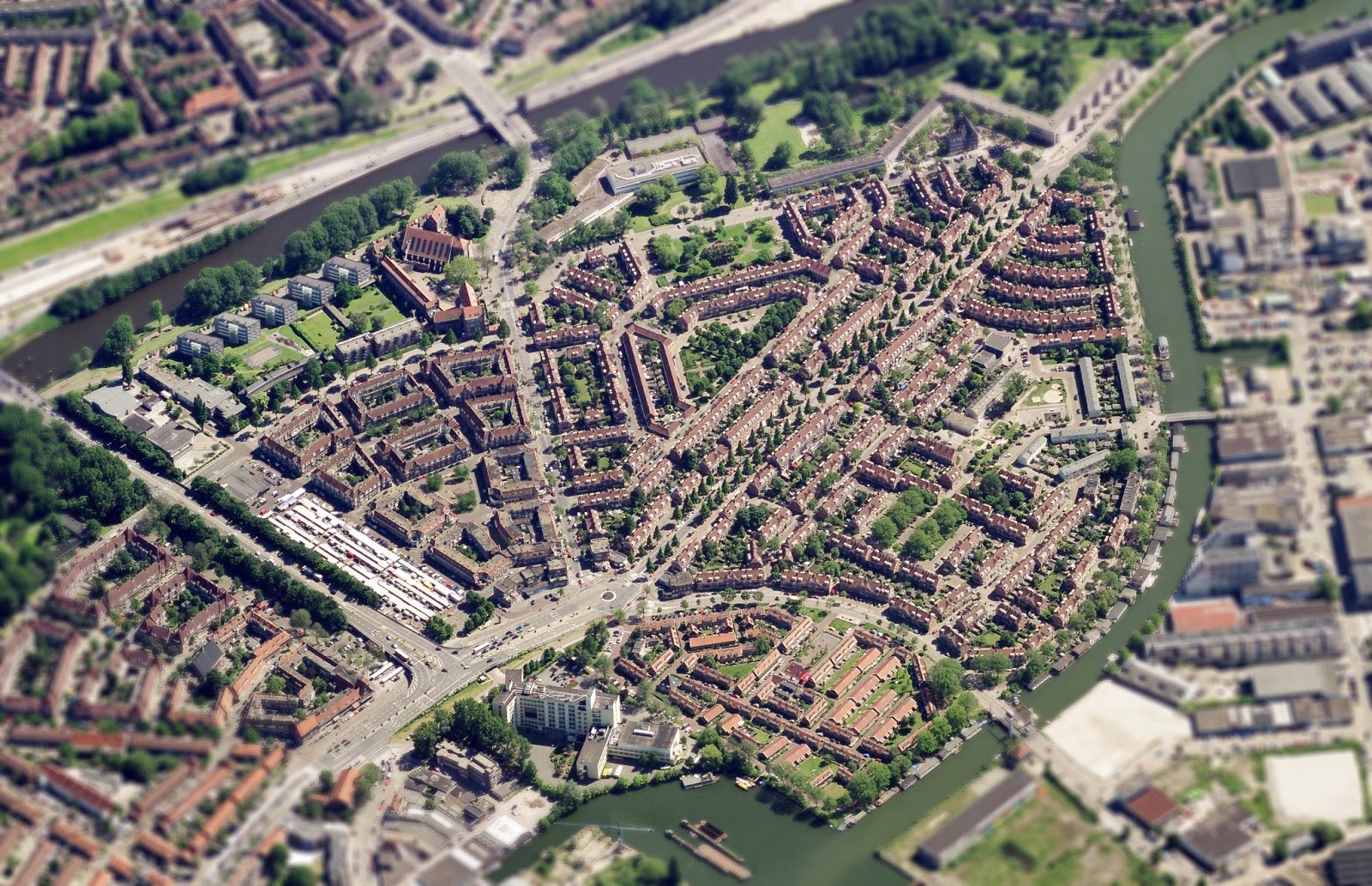 In February, a special kind of shop opened in Amsterdam's Van der Pek neighborhood. It is called the Wisselwinkel, meaning "shift shop," because it hosts a new local entrepreneur every six months. If this trial period goes well, the entrepreneur receives assistance in setting up a more permanent location in the neighborhood.

The Wisselwinkel is the brainchild of a young activist collective named Mama Louise. Their identity is a tribute to Louise Went, an influential advocate for public health and social justice in Amsterdam's working-class neighborhoods during the 1920s. Mama Louise organizes D.I.Y. summer markets and other events where people make things, give performances and exchange goods and services. The events strengthen community ties and offer opportunities for entrepreneurial residents to earn income. Mama Louise is now working to create a more permanent platform, and the Wisselwinkel is the first tangible result.

The Van der Pek neighborhood is absorbed in a process of gentrification and large-scale restructuring that threatens to displace many current residents. To help counter displacement, Mama Louise invests in people. Their aim is to uncover the neighborhood's hidden entrepreneurs, connecting local skills with local needs.

There are several conditions for entrepreneurs who wish to set up shop in the Wisselwinkel. They have to live in the neighborhood and show a desire to start or formalize a business. Once running, the shop has to be open at least five days a week and adopt high-quality marketing collateral developed with help from Mama Louise. 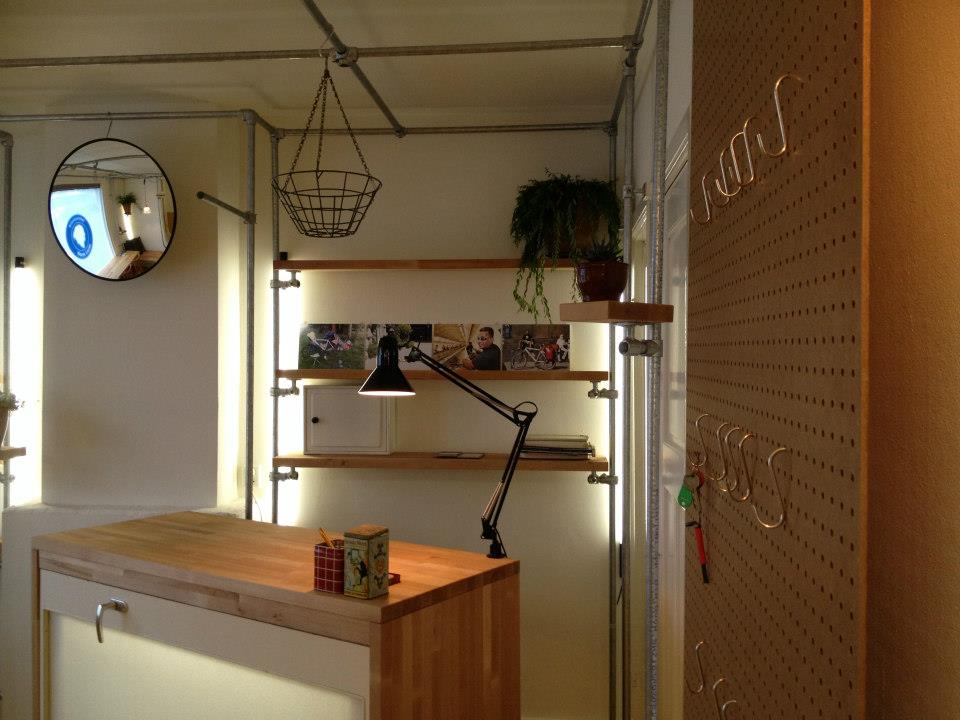 Designed and constructed by MOS Collectief, the Wisselwinkel interior is flexible so that different startups can use it according to their needs. Along with the storefront, entrepreneurs receive practical guidance in connecting with support organizations, fulfilling legal requirements and attracting customers. Mama Louise also provides a website, a logo, canvas bags and other material with help from Waarmakers design. 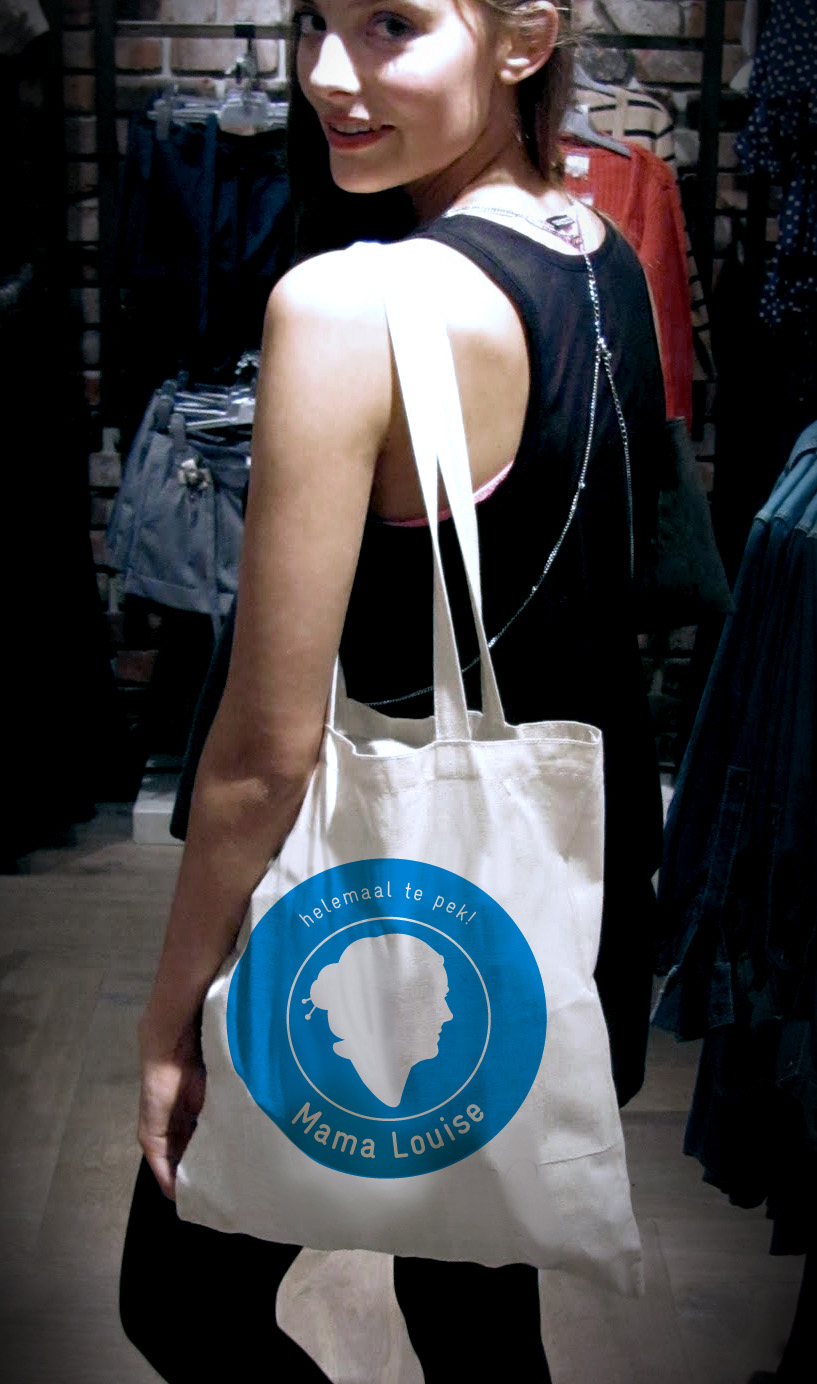 After six months, the entrepreneur moves out of the Wisselwinkel to make room for the next venture. Local housing association Ymere helps viable startups find another location in the neighborhood. Associations like Ymere — which are no longer public entities in the Netherlands — are often criticized as focused primarily on maximizing real estate profits. However, Mama Louise found that Ymere staff took to their initiative with entusiasm rooted in genuine care for resident wellbeing.

In working with Ymere, Mama Louise might be criticized for putting low-income entrepreneurs at risk of taking on insurmountable debt after the trial period. However, they help the Wisselwinkel's tenants become self-sustaining and attract investment. They channel the resources of organizations with a stake in Van der Pek's future toward opportunities for current residents to successfully weather gentrification. 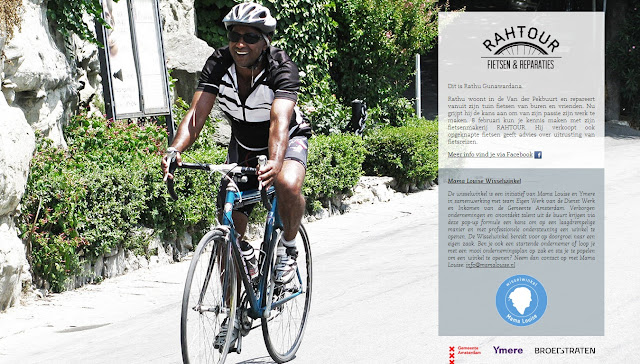 Screenshot of the Wisselwinkel website customized for Rathu's bike shop.

The first entrepreneur in the Wisselwinkel is Rathu Gunawardana, who started out repairing bicycles for friends and neighbors in his backyard. Mama Louise supported his proposal because there was no bike-repair shop in the neighborhood and residents have expressed strong interest in having one. Through the city's Department of Work and Income, Rathu received a micro-loan for welfare recipients interested in starting their own businesses.

Business has boomed for Rathu, who also sells restored bikes and gear. After a few days, his shop became a popular gathering place for local cycling enthusiasts. A teenage boy asked to help and now takes care of smaller repairs. Other informal entrepreneurs have started visiting the Wisselwinkel to apply for six-month residencies and offer their goods and services.

Mama Louise is now building a map of formal and informal businesses in the neighborhood. Upcoming projects include a salon run cooperatively by local hair dressers, masseurs and other service providers. Each initiative is focused on developing commerce, employment, amenities and social ties to assure that current residents share in the benefits of gentrification.

Mark Minkjan is an urban geographer who works as an independent researcher and writer. He is part of CITIES and Failed Architecture, and runs City Breaths.

Credits: Photos by Mark Minkjan unless otherwise noted in the captions.