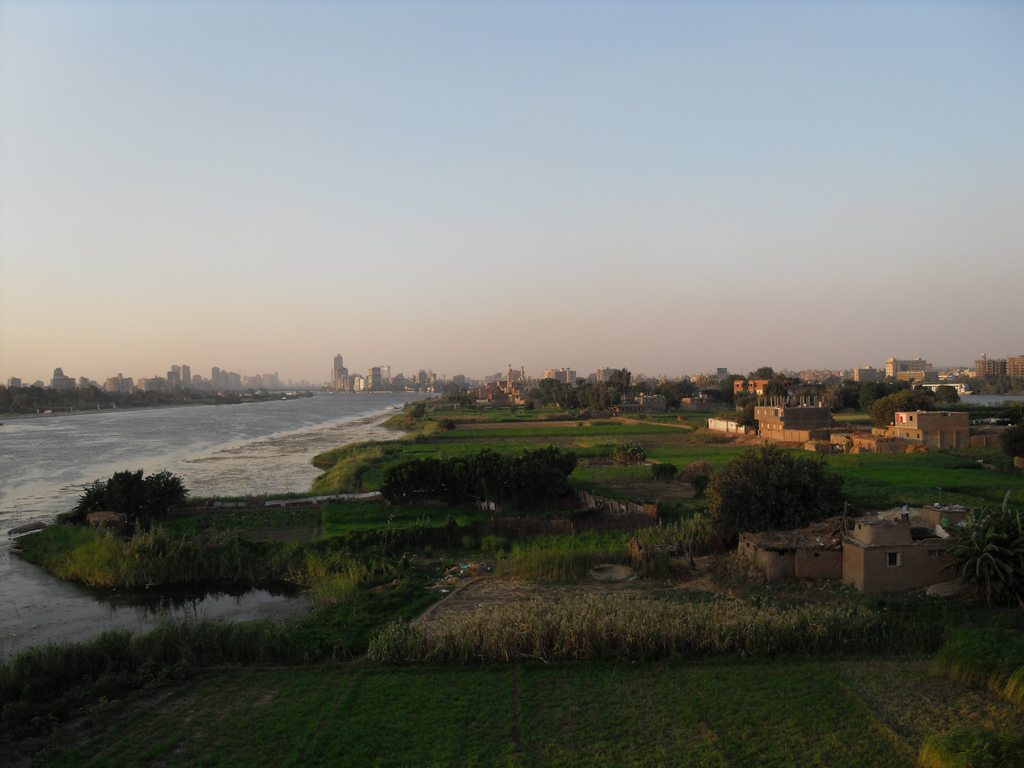 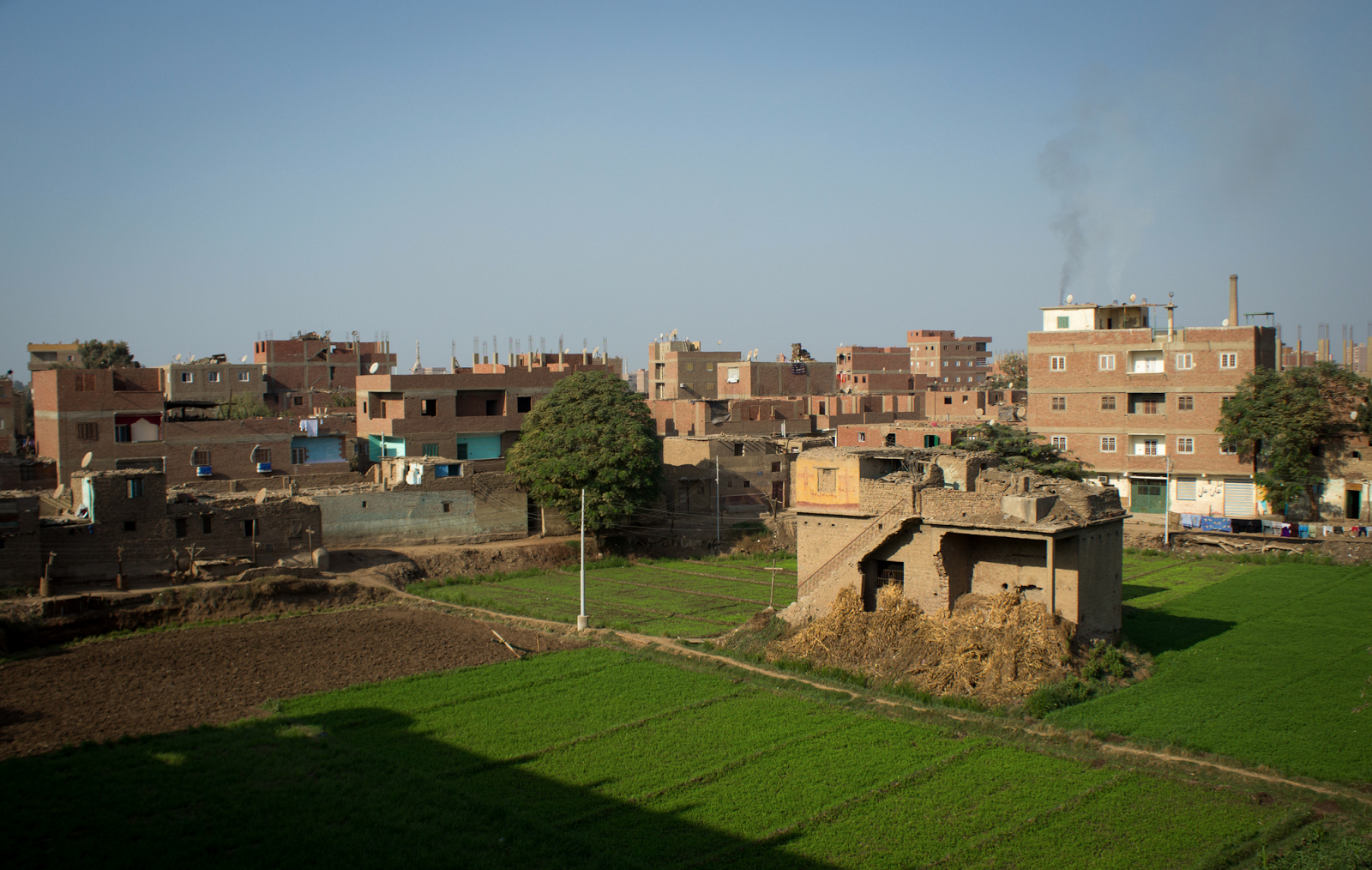 The islands’ fertile land and rare bird species coexist with informal settlements, where thousands of people have lived since the construction of Aswan Low Dam in 1902. Links to the mainland are starkly insufficient. To access Cairo and Giza on old ferries, many residents leave home before dawn and return late at night. Lack of transit infrastructure has effectively barred them from economic opportunities as well as quality healthcare, education and law enforcement. 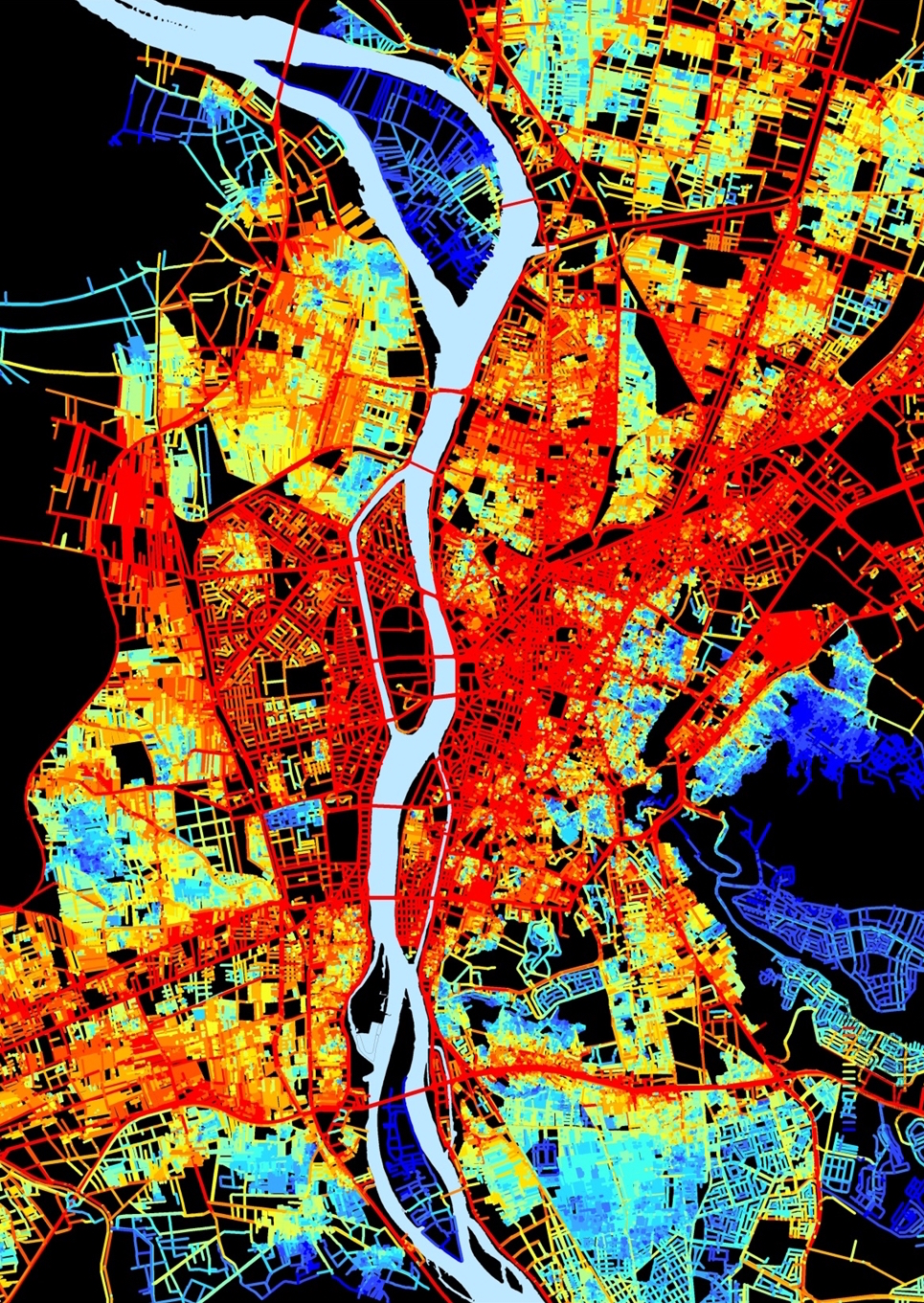 In a recent Al Kahera Walnas news feature, island dwellers expressed frustration with the lack of infrastructure and services. Sanitation and crime were especially urgent concerns. “I have to use the river’s contaminated water to wash my dishes,” said a Warraq resident. “Liver disease and kidney failure are normal.” Another woman reported, “drug trafficking and thugs are overwhelming.”

So why not build bridges linking Dahab and Warraq to the mainland? Based on a 1996 decree, these islands are “natural protectorates” that must be cleared of informal settlements. Municipal officials argue that bridges threaten biodiversity by encouraging more unplanned development. According to one local official, since the islands are natural protectorates, higher authorization is needed for the city to provide more than basic administrative services. Island residents, many of whom live in communities established by their ancestors, remain despite government neglect and exclusion from decision-making processes.

Ironically, the Cairo 2050 and Giza 2030 master plans envision high-end residential and recreational development for the islands. Planners hope to resolve chronic traffic problems by adding 15 metro lines and 1,000 streets by 2050, but these projects wouldn’t meet the needs of people now living on Warraq and Dahab. The plans focus on attracting tourists and wealthy citizens, along with eliminating informal settlements. 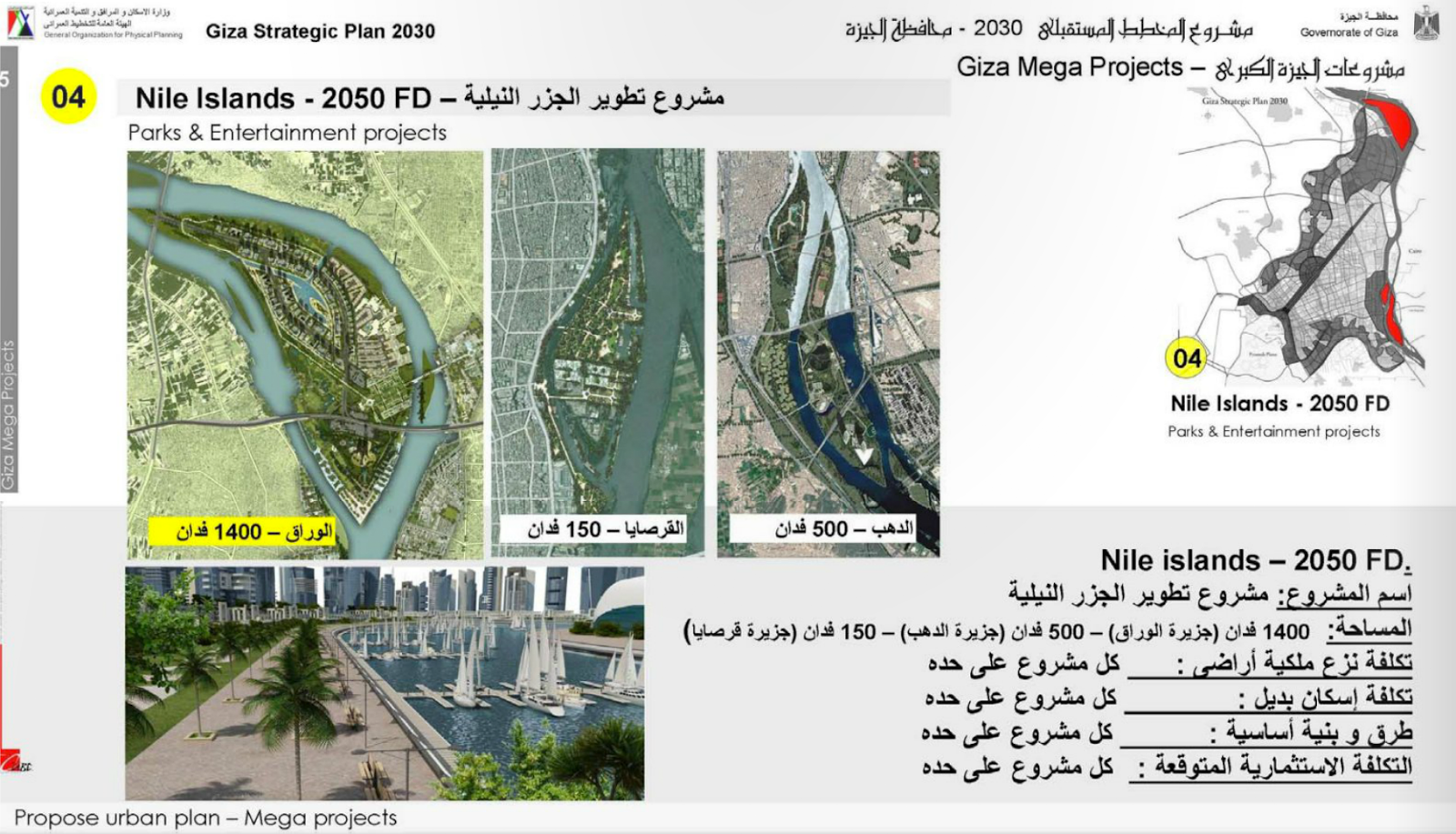 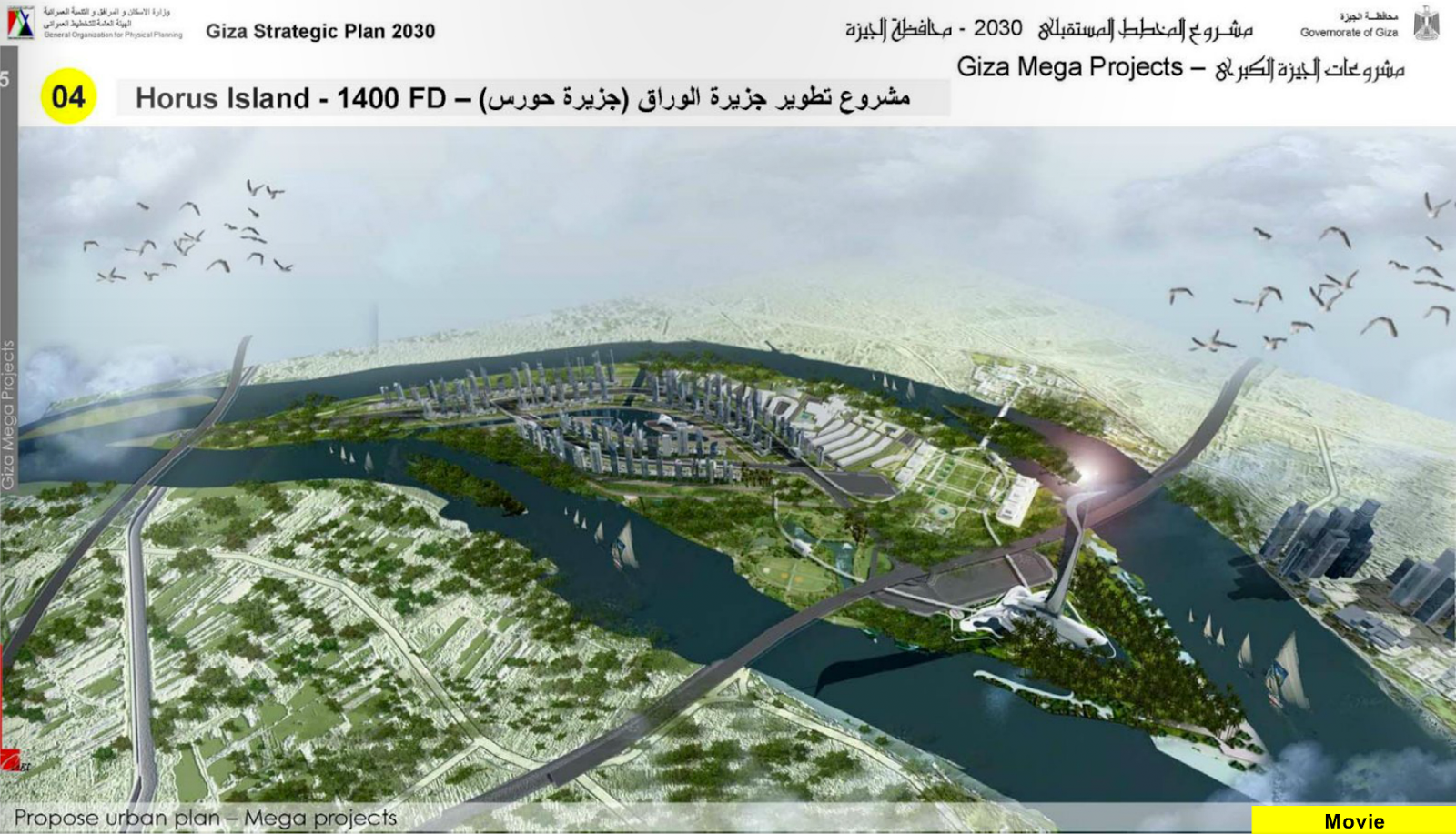 In a 2009 survey for Cairo 2050, over 60 percent of island residents voiced discontent with the development plan. One man reported to Al Kahera Walnas that “the governor of Giza doesn’t care about us.” Instead of helping to solve the problems of isolated communities, policymakers are making these problems more difficult.

Master plans without resident input are problematic, to say the least. Island dwellers should be able to reach the mainland safely and efficiently. Their present segregation contradicts visions of social justice that inspired the Egyptian Revolution of 2011.

Responsible management of island ecosystems is needed to avert the harmful consequences of new development. To this end, it’s important to reject exclusivity. A more equitable approach would assure that islanders have the right to contribute meaningfully to new plans while sharing land ownership with the municipal government. Deep concern for the places where they live makes them natural partners in sustainable development.

Abdelbaseer Mohamed is a visiting scholar at American University in Washington, D.C. He recently completed a doctorate in urban design at Ain Shams University and Cologne University of Applied Sciences.