Mapping the Aftermath of Historic Storms

This year marks the centennial of one of the most devestating weather-related disasters ever experienced in the United States. During the week of Mar. 21-26, 1913, a series of late winter storms formed over the Midwest, spawning tornadoes in Iowa and Nebraska. They were followed by 8-11 inches of rain, which led to massive flooding in Ohio, Indiana and Pennsylvania. By the end of the week, hundreds of people had died and billions of dollars worth of property and infrastructure lay in ruins. 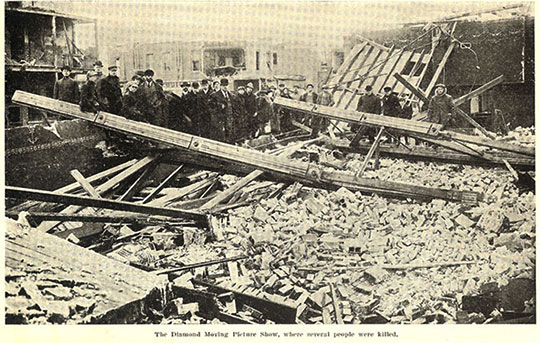 Ruins of the Diamond Moving Picture show in Omaha, Nebraska, 1913. Source: Mardos Memorial Library (via the National Weather Service)
On Easter Sunday of 1913, an F4 tornado a quarter-mile wide ripped through Omaha at around 6 p.m. In its wake, some 115 people were dead and over 400 injured. More than 2,000 homes were completely leveled. Meanwhile, over 10 inches of rain hit the already saturated Great Miami River watershed in Ohio. The resulting runoff flowed into the Great Miami River, setting the stage for severe flooding that would devastate parts of Indiana and Pennsylvania and leave the streets of downtown Dayton full of water up to 20 feet deep. 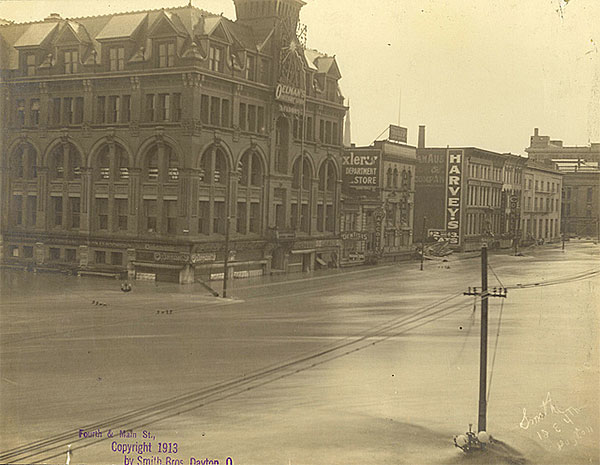 The levees in Dayton failed at around 6 a.m. on Mar. 25, and by the next day more than 14 square miles of the city were under water. Many residents, caught by surprise and unable to flee, were forced onto their rooftops to await rescue by boat. This was an extremely dangerous predicament for volunteers as well, who had to contend with currents so strong that they ripped many homes and businesses off their foundations and carried them away.

When the water finally receded, more than 360 Dayton residents had perished, 65,000 lost their homes, and the city sustained close to $100 million in damages (close to $2 billion today). The cleanup effort took more than a year to complete, and the city's economy struggled to recover to its pre-flood state for the next decade.

The Dayton Metro Library and historian Trudy Bell have compiled an outstanding archive of photos and stories from the storms of 1913. We've been collecting material from this archive to share at Historic Natural Disasters, a blog that showcases "then" and "now" images from the flooding and tornado damage. 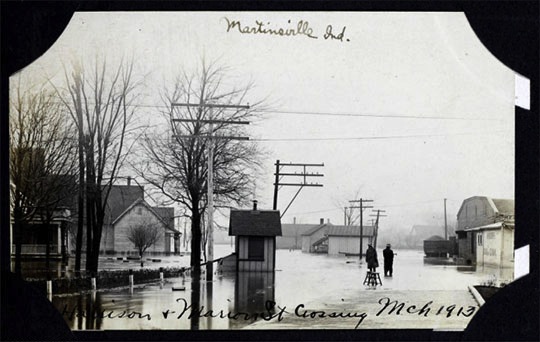 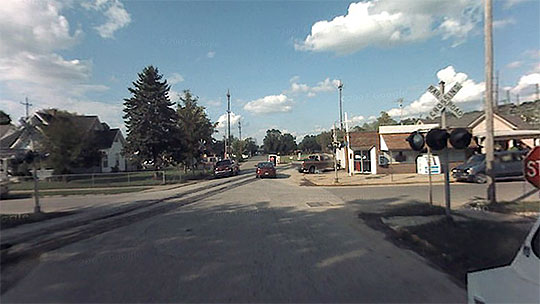 The idea for Historic Natural Disasters came up when fellow Ohio history buff Robert Muhlhauser and I were examining images from the Great Dayton Flood and trying to find their locations in Google Maps (see the Great Flood of 1913 Map). For the places we weren't able to locate, we thought of seeking help on the web. Robert's friend Jason Reading donated hosting space and helped us set up the site. Robert and I plan to expand the collection to include historic natural disasters from around the world. We'll also continue sharing our research on the history surrounding each photo.

With the help of visitors to the site, we've published more than 50 past and present image pairs from 1913. Jason's company has sponsored a Mapping History Contest to solicit ideas for locations that still haven't been matched. We encourage everyone to help fill in the map.

Jeff Satterly is a local historian and cofounder of Historic Natural Disasters.