For those who see America as a land of justice for all, I recommend visiting the Delray neighborhood in Detroit. Its boarded-up buildings reflect a steadily decreasing population, as people flee unhealthy living conditions brought on by years of heavy industry. Still, there are many who call Delray home. Of the neighborhood's 2,689 reported residents, approximately 28 percent are under 18 years old and 43 percent are living below the poverty line. 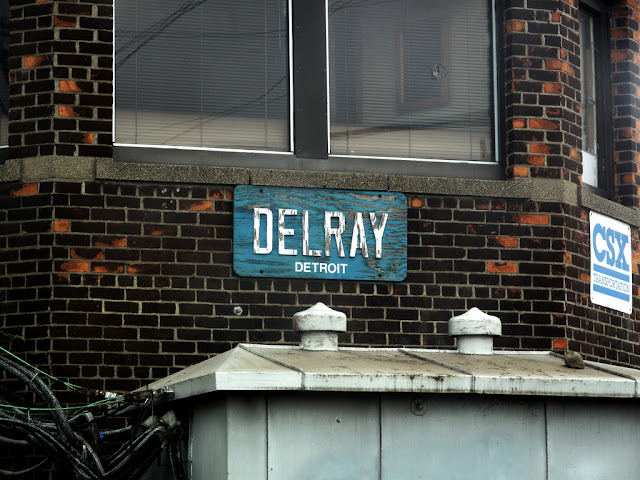 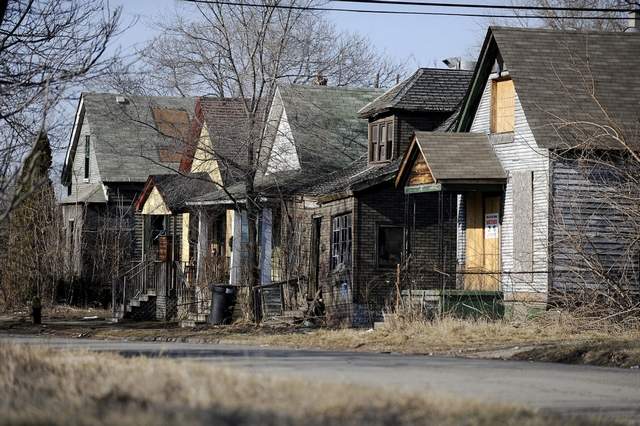 Delray lies between I-75 and a string of industrial plants along the Detroit River, effectively isolated from the reviving Mexican Town and Hubbard neighborhoods. Operations include metalworks, oil refinery, power generation, water treatment and hazardous-waste hauling. Many are right next to houses and schools, as evident on the map below (see "Environmental Justice Case Study: Delray" for the full version, which provides a brief description of each company). 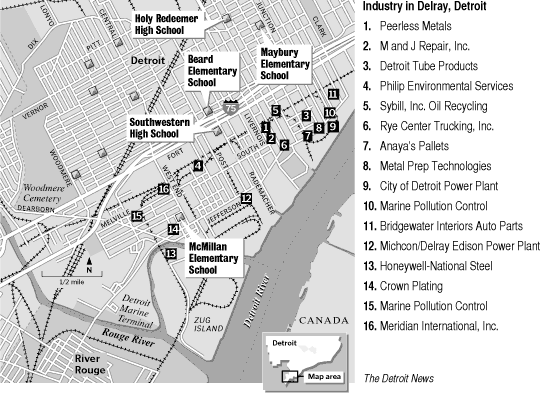 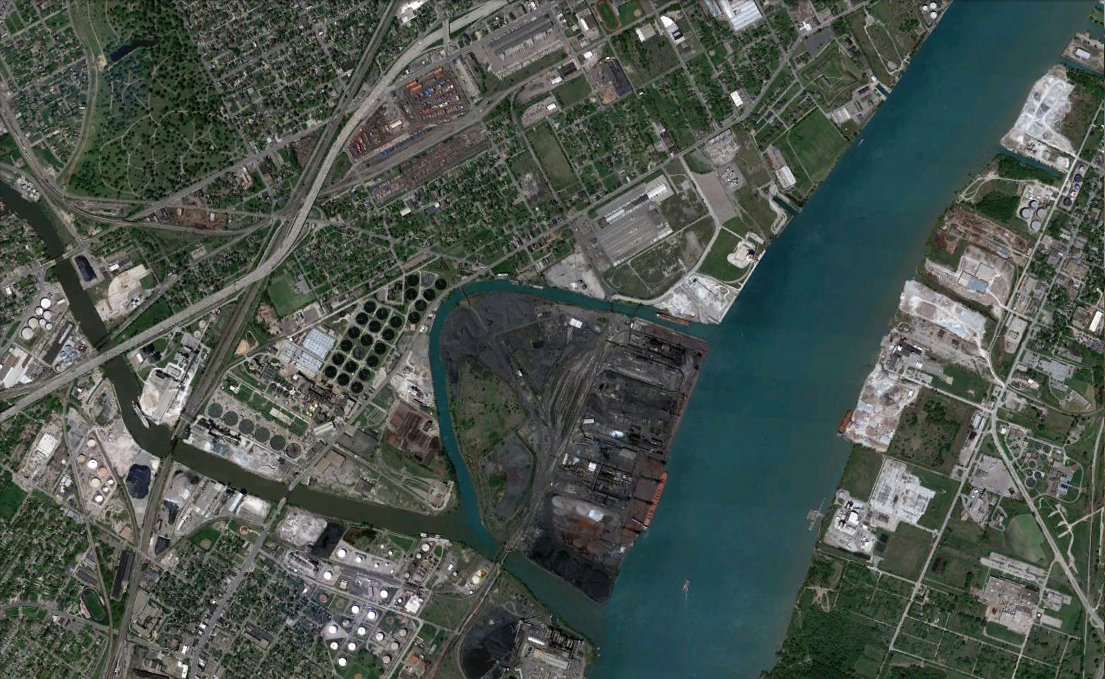 The neighborhood suffers from two loopholes in environmental law: First, the 1970 amendment to the Clean Air Act placed legal limits on emissions but "grandfathered in" pre-existing plants, including several around Delray, allowing them to continue polluting at previous rates. Second, environmental regulation is focused on the emissions of individual plants instead of cumulative effects in a given area, a serious problem for communities with multiple sources of air pollution. 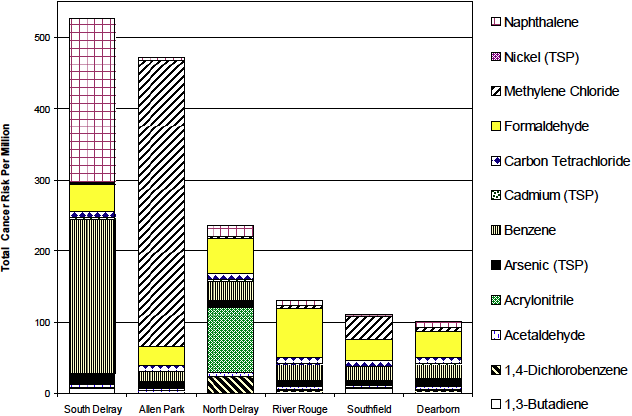 The steel and oil industries, in particular, have been linked to harmful emissions in Delray. Residents report that, prior to current environmental regulations, they covered their cars with tarps to avoid exterior damage from clouds of metallic particles. South Delray showed the highest cancer risk of all monitoring sites in a study released by the Michigan Department of Environmental Quality in 2005 (see graph above), and residents report severe headaches and asthma from toxic fumes. 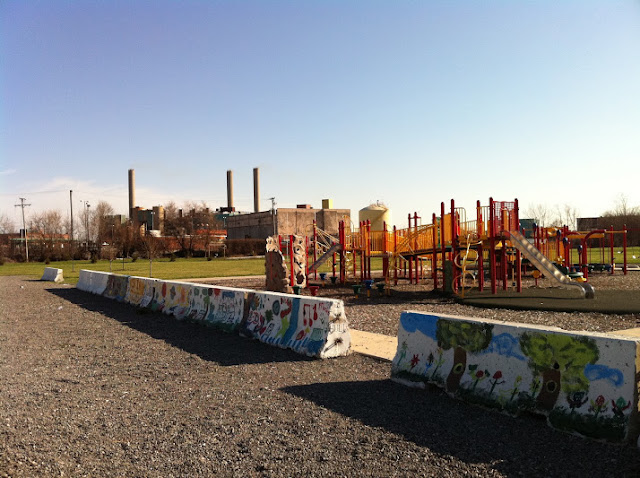 Sustainability in Delray isn't about riding your bike to the local farmers' market; it's about eliminating life-threatening toxins from the air, soil and water before the community literally disappears. Such cases present a sobering view of ecological problems: We may squabble over climate change, but can anyone disagree with the need to make sure all children grow up in a healthy environment?

Matt Friedrichs recently graduated from the University of Michigan with a degree in Environmental Engineering, and now lives in Detroit. He worked on a case study of Delray as part of a course on environmental justice and sustainable urbanism.