The city of Chandigarh was conceived by Jawaharlal Nehru, the first prime minister of independent India, as capital of the state of Punjab after its bloody partition in 1947. Construction of Chandigarh began in 1952, based primarily on a design by iconic modernist architect Le Corbusier. Chandigarh is now the capital of two Indian states while remaining a union territory, which means that it is under direct control of the central government. 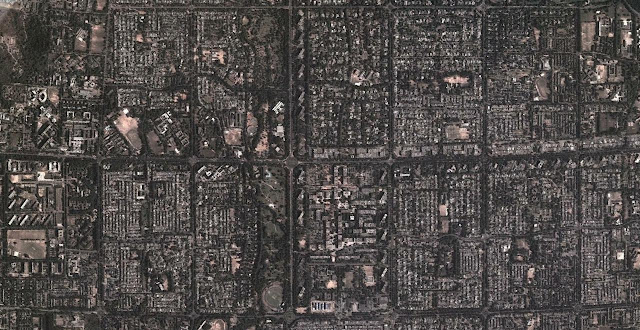 Le Corbusier was a steadfast proponent of rationally planned cities with clearly defined zoning. He believed that residential areas should be separate from large roadways in the form of "superblocks" with multistory apartment blocks, ample green space and relatively self-sufficient local economies. The construction of Chandigarh turned out to be his first and only opportunity to see these ideas applied at the scale of a city. A 1963 article in the Harvard Crimson describes Chandigarh's housing plan:


Its central units are residential sectors of approximately 240 acres, designed to house 15,000 people. Each is an inward-looking, self-contained neighborhood, with its own business center. The city can be expanded almost indefinitely by adding new sectors; yet, growth will not lead to depersonalization, Le Corbusier believes, for each sector forms a coherent community. 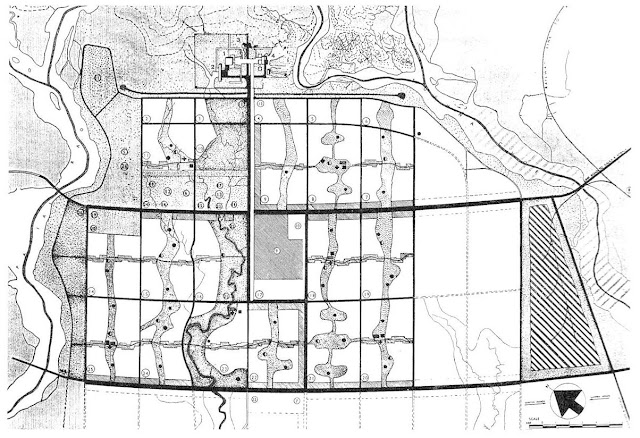 Today Chandigarh has the top Human Development Index (HDI) ranking of all Indian cities, and the third highest per capita income after falling from first place in 2009. It also has the best sanitation system according to a recent study by the Indian Ministry of Urban Development. Its high standard of living is one of many parallels with Brasilia, Brazil, another capital city built after World War II based on a famous modernist plan. Can this standard be attributed simply to the concentration of capital in centers of political power? Have the historic plans played a role?

Le Corbusier, despite his talent and expertise, could not predict or control the way cities develop over time. Despite Chandigarh's wealth and cleanliness, there are large informal settlements in the area where people live in extreme poverty. Satellite images show a sharp contrast between planned and unplanned territories. 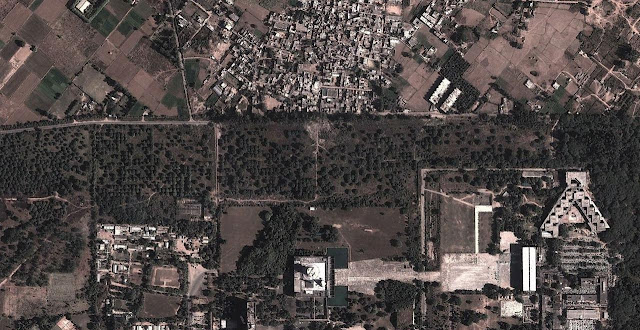 Chandigarh's Sector 1 (bottom) and the village of Kansal (top). 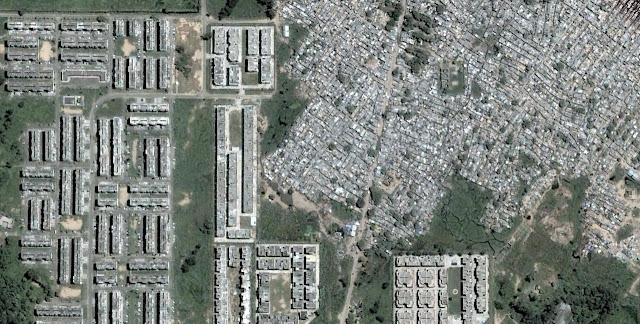 Colony No. 5, one of the Chandigarh's largest informal settlements.

There is currently an ambitious plan in the works to make Chandigarh a "slum-free city," part of the Jawaharlal Nehru National Urban Renewal Mission (JNNURM) launched by the Ministry of Urban Development in 2005. The JNNURM includes a focus on "[p]rovision of basic services to the urban poor including security of tenure at affordable prices, improved housing, water supply and sanitation, and ensuring delivery of other existing universal services of the government for education, health and social security."Although the initiative is running behind schedule in Chandigarh, it appears to be a promising departure from past "slum clearance" policies based on forced evictions.