The Tolbiac Settlement in Dakar, Senegal 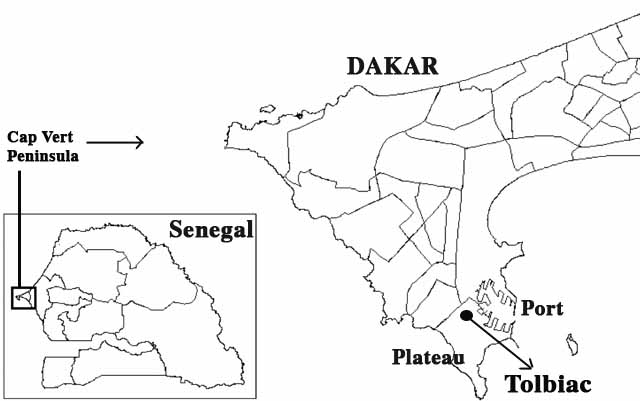 Tolbiac is an informal settlement (known as a barak in Wolof) quite different from most others in Dakar, Senegal. Located in the Plateau district, relatively close to the port, this area was of strategic importance to the city when French imperialism began in 1857. During this period urbanisation was driven by the need to build Dakar as the city connecting the new colonial power and their other French West African colonies, at both political and economic levels. Thus all urban development focused on the Plateau.

While Dakar’s first city plan created at the end of the nineteenth century accepted the native Lébu fisherman population on the Plateau, the 1914 plague epidemic gave the French the perfect excuse to segregate and separate themselves from the natives, whose ‘dirtiness’ was blamed for spreading disease. As the Lebús were pushed northwards on the Cap Vert peninsula, into Medina, the Plateau and port area became fully controlled by Europeans. The Lebús had to receive authorisation to cross the 50 metre no man’s land dividing Medina from the Plateau to enter the latter space.

The city has transformed greatly through subsequent plans and especially since Senegal’s independence in 1960. Although certainly no longer exclusively European, a lot of their architectural heritage remains particularly in the Plateau. Due to rapid urban growth pressures on a limited peninsular space, the land values in this area are quite high by Dakar standards. 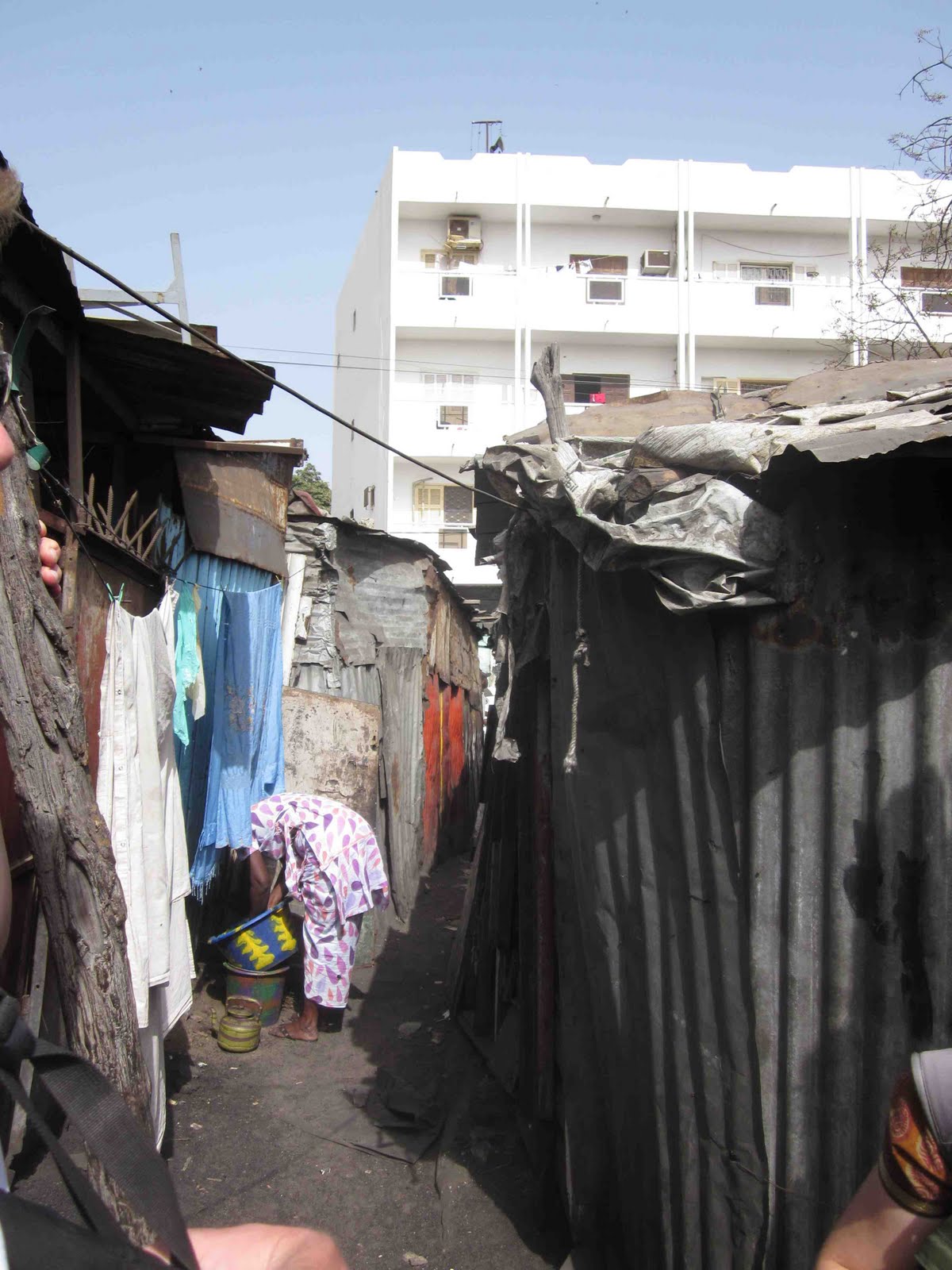 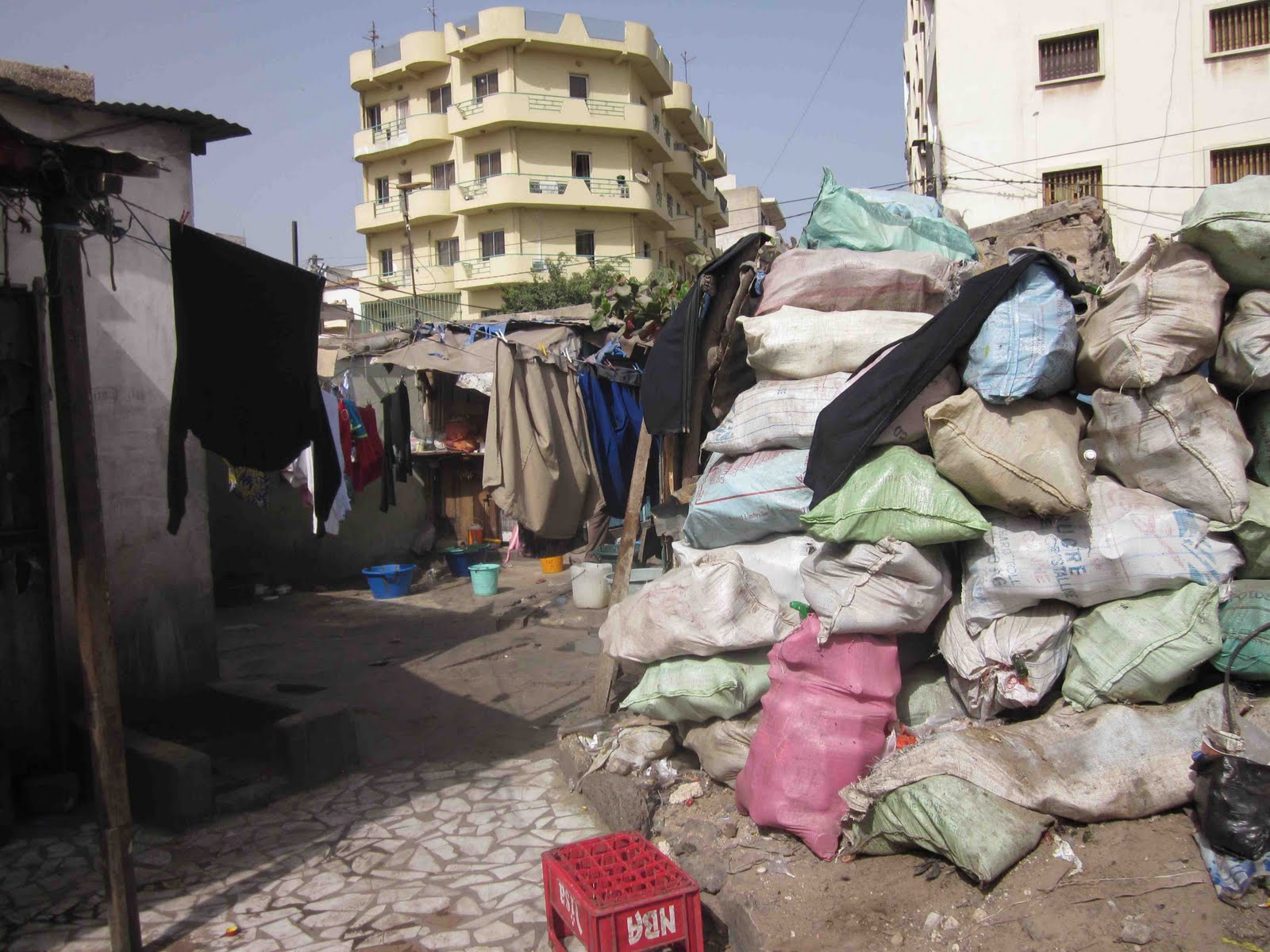 Considering this history, and the general absence of informal settlements on the Plateau, encountering Tolbiac in this location was a surprise. It is nestled between two busy streets – Rue de Liban and Rue Félix Eboué – with hints of Dakar’s nearby Grande Mosquée poking into the sky in the northwest (when one is able to get a glimpse of the horizon over corrugated iron roofs and walls). Unless one knows where to find it this barak it would easily go unseen; its labyrinthic streets (e.g. photo at left) exist in an enclosed, walled off space virtually invisible from the surrounding streets, although people living there have a recycling collection and storage space, provide laundry, tailoring and other services to the wealthier residents surrounding them (images below). 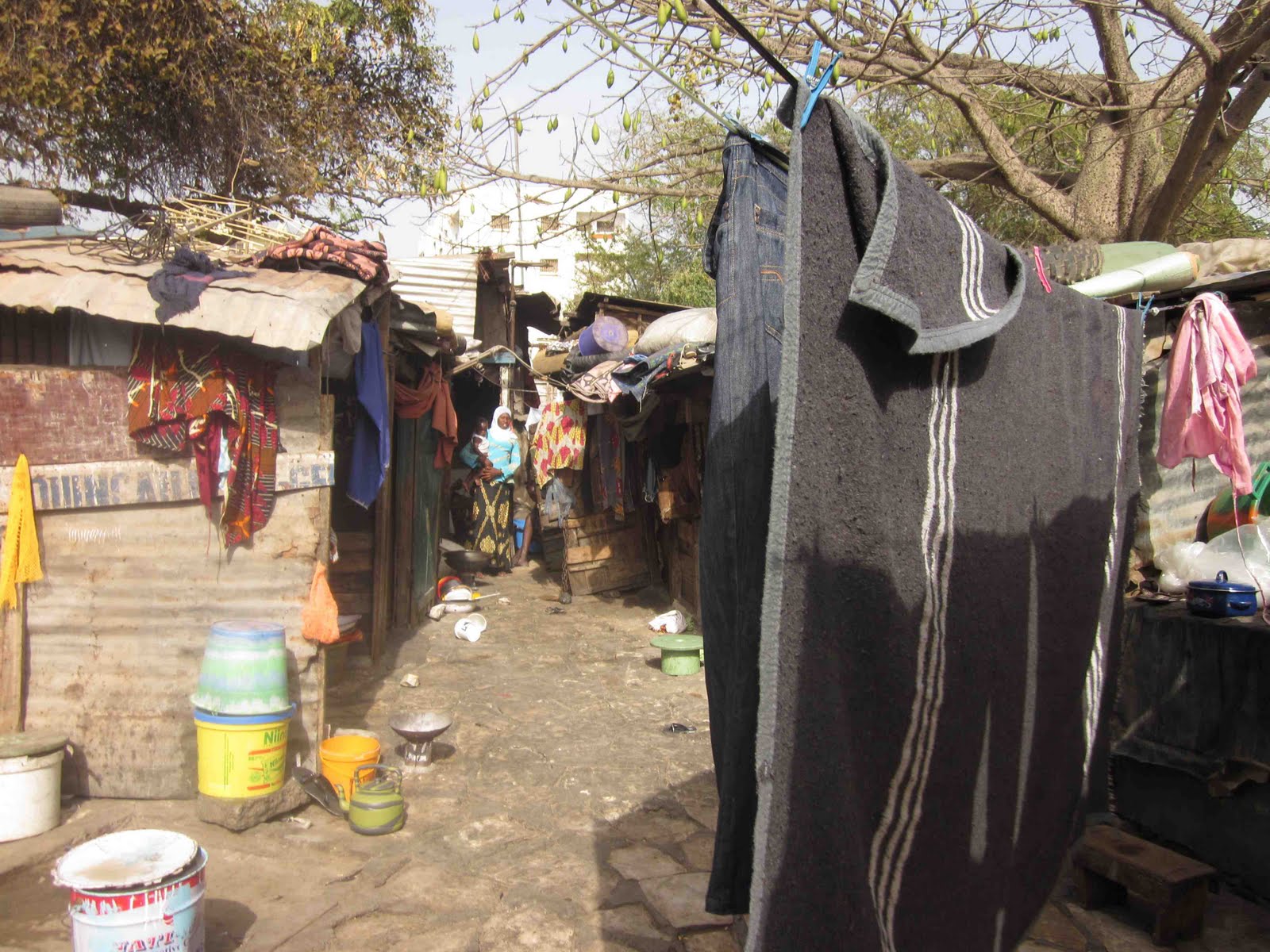 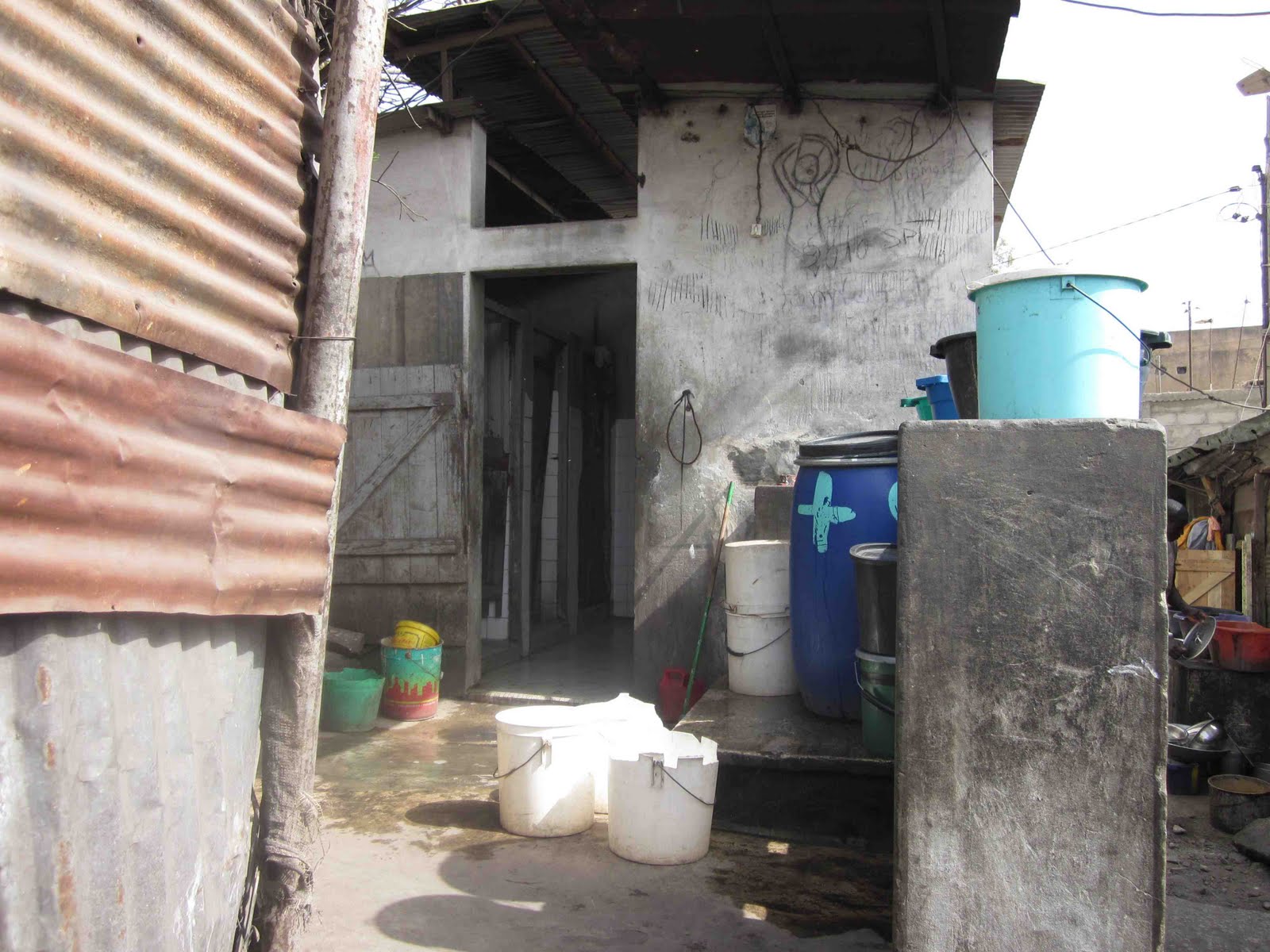 A meeting and tour with Amoul Yakar Mbaye, the founder of the Ecole de la Rue (School of the Street) that works with many children and adults living in Tolbiac, uncovered a lot of the activities in and functioning of this fascinating space. While many details still remain unclear – and unfortunately there is a surprising absence of information on the topic online, in French or English and the time spent in the community was limited – the international NGO ENDA-Tiers Monde, headquartered in Dakar, came into Tolbiac in the past decade to help people obtain some level of (more) secure tenure, connect to surrounding electricity and water infrastructure and build skills in the community. Tolbiac’s residents now have a right to settlement in the space they presently occupy for the coming 25 years, there is a free toilet block (image left) and water available for an accessible fee and training centres exist for metal workers and carpenters who construct beautiful pieces as well as housing for Tolbiac’s residents. 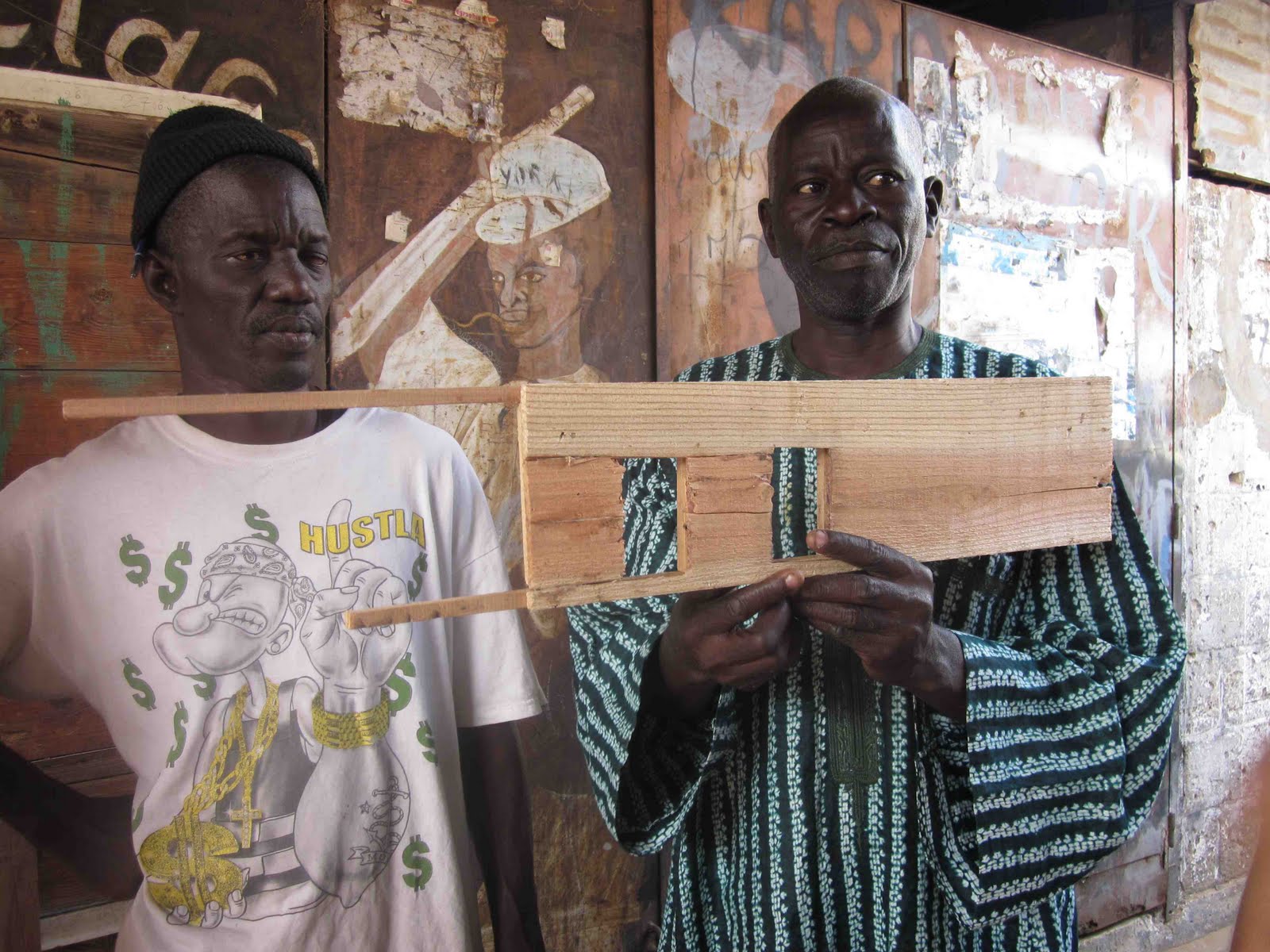 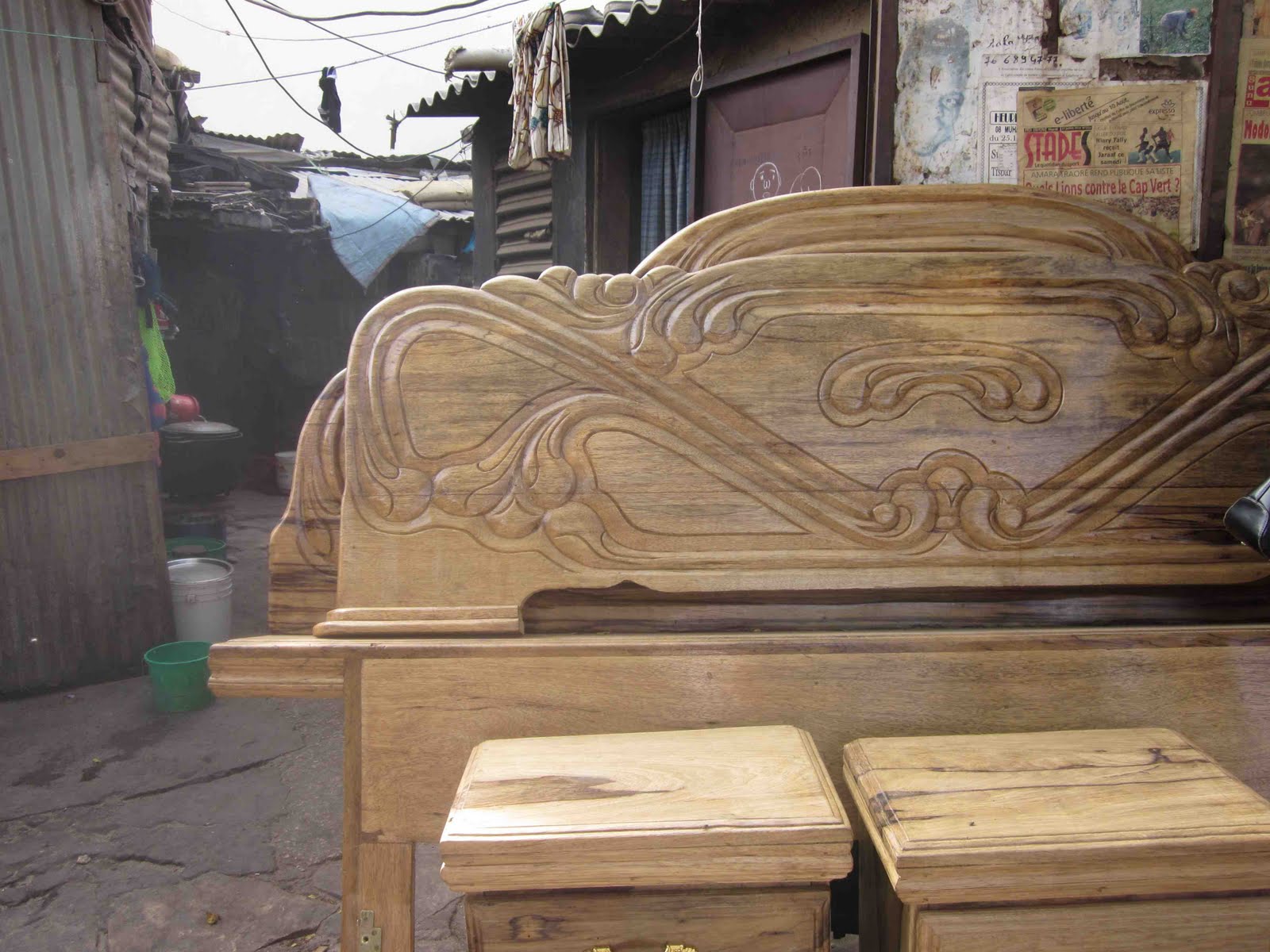 While the NGO has played an important role establishing these skills and services, many newly trained (and now highly skilled) metal workers and carpenters are struggling to find clients. Not enough financial support exists at present to move these projects forward, as unemployment is rife in Dakar and indeed across Senegal, with deep structural roots. How can such capacities be built and maintained in this context? And what will Tolbiac’s future hold as the 25 year lease giving a right to settle expires? Any Polis readers with more information, please share your thoughts and knowledge.