Freedom and Protest in Virtual and Physical Space

While wandering through the streets of London's city center recently, I found myself intrigued for a moment by the endlessly complex intersection of protest, democracy, anarchy, surveillance, constraint, and the remembrance of history.

First, the events that recently unfolded on the streets of her city center provided an interesting backdrop to begin with: a demonstration against public spending cuts turned into a field night for anarchists, subverting the protest's original agenda for a peaceful rally.

Strolling down London's historic streets, nearly every street corner is equipped with state-installed CCTV for public safety and security: 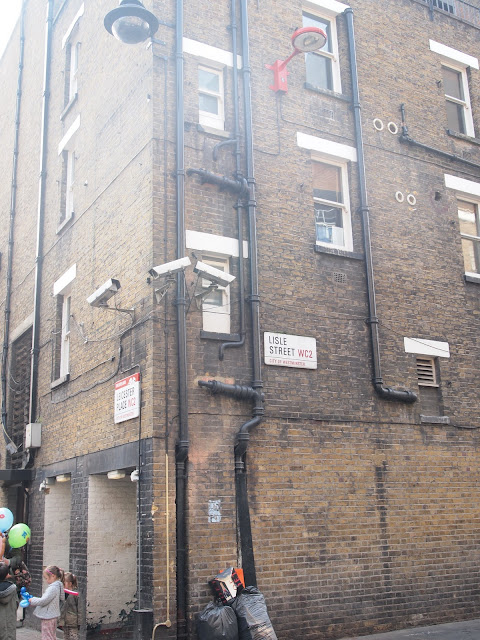 But before one kicks up a ruckus about surveillance and freedom, it's important to note the genuinely democratic context of England's parliamentary democracy. Like any democracy, discontent in established institutions is freely expressed, but at the same time, a sense of trust in the scale and reach of a benevolent government prevails. The notion of allowing a government to monitor the comings and goings of every street corner in the the service of protecting her citizens wouldn't fly well with England's counterparts across the Atlantic, who subscribe to a slightly different flavor of democracy.

Venturing into London's commercial center on Oxford Street, the aftermath of a protest come into sight, with broken windows, paint bombs, and riot police on the watch for attacks on retail and luxury stores: 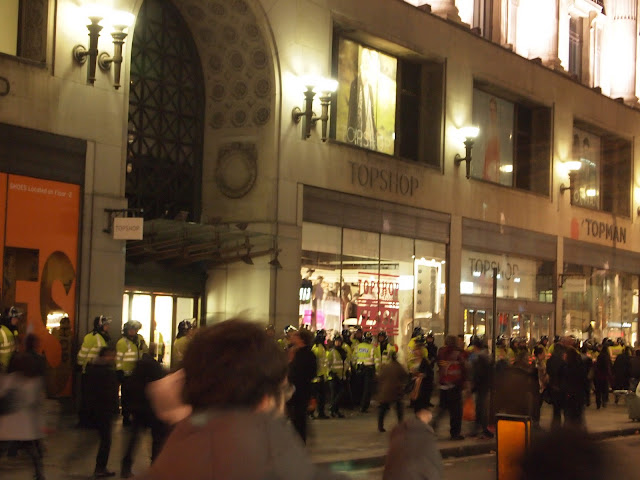 — a post-protest party on the street with pirate flags and happy singing folk around a bonfire, lightly observed by police in the area who don't appear to have problems with the revelry: 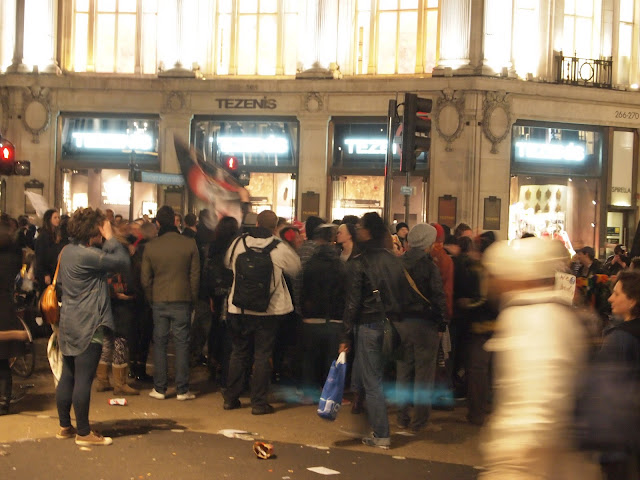 — in the morning, signs of the previous night's paint bomb assault on the Olympic countdown clock at Trafalgar Square: 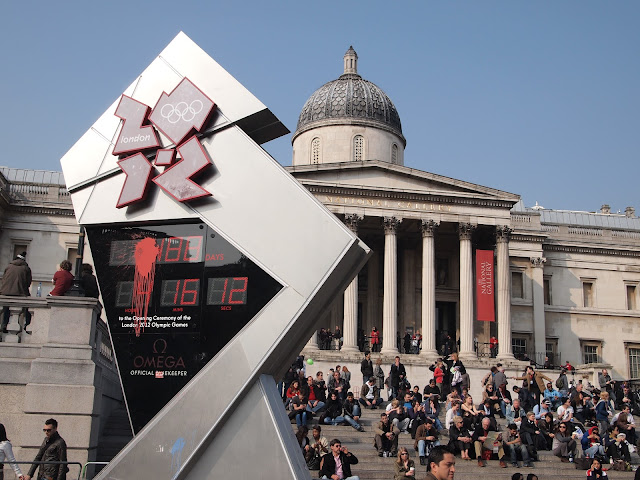 The Museum of London subsequently announced an initiative to gather protest placards as part of the museum's collection, in an effort "to give demonstrators the chance to influence how history remembers them," sans the disruptions of the protest's subverting anarchists. 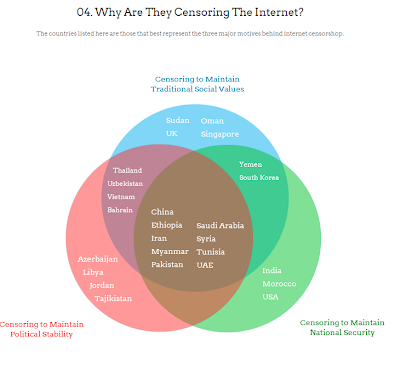 All this certainly could not possibly take place outside free, democratic socio-politcal constructs — but as a recent blogger infographic reminds us, states can be inconsistent: freedom in the offline world doesn't always translate to the online world in the same way with its accelerated means of disseminating information — fact, fiction, myth, and the everything in between.