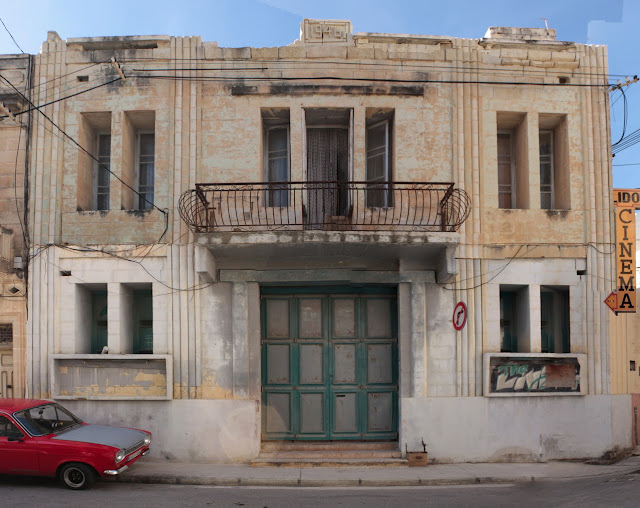 As people move to cities, do cinemas follow suit? For years they've moved in the opposite direction: from central movie palaces to neighborhood movie houses to suburban movie theaters. They've lost ground to home entertainment systems and mobile devices. Some of the old cinemas have survived, but in many cases they've been demolished or reused.

There was a theater near my childhood home with a dramatic marquee that hovered above the sidewalk. It had a balcony and an expansive arching window on the second floor. Eventually it became an adult theater. A cinema in my friend's neighborhood showed films for $3 (and still does). I remember the owner's cat wandering around the lobby. Today, people around the world are preserving and reviving these kinds of theaters in interesting ways. 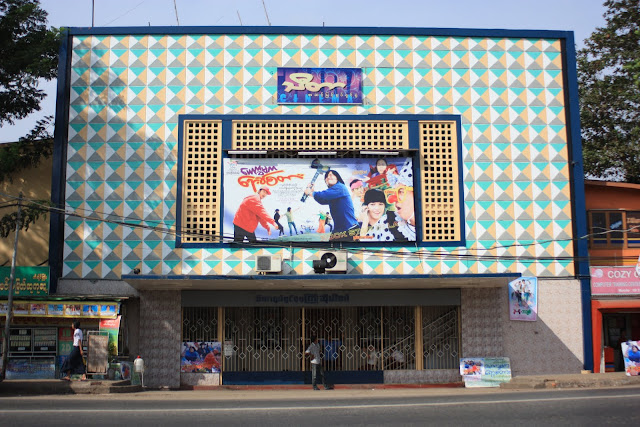 The Southeast Asia Movie Theater Project is a collection of information and images related to urban cinemas. Viewers are encouraged to add content. According to the site description, whether theaters are "operating, abandoned, or converted to something else, here their images have been compiled and displayed for the public record." As standard multiplexes become more and more prevalent, we might find inspiration in unique and potentially endangered theaters like these.

Agility Nut's Roadside Architecture collection includes a surprisingly vast assortment of movie theaters from North America. The curator, Debra Jane Seltzer, posts images from her travels, with emphasis on "atmospheric, Art Deco, and Streamline Moderne" theaters from the 1920s through 1940s. She also encourages viewers to submit recommendations. Seeing all these examples kept me from romanticizing old cinemas. 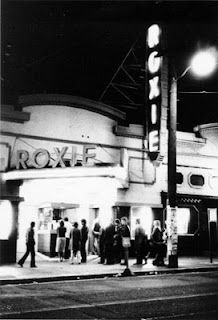 While they're more varied than those of today, often with strikingly creative typography and detailing, architectural masterpieces were as rare then as ever. Still, old and new theaters can be wonderful additions to city streets.

San Francisco comes to mind when I think of great urban cinemas. The Roxie, the Balboa, the Castro, the Presidio, and the Red Vic, for example, are easily accessible without a car and offer singular experiences. I'm not sure if they're profitable, but they seem very popular. There's a foundation dedicated to their preservation and maintenance. Film festivals and other events help keep them solvent; you can even rent some theaters during off hours to play video games.

There must be all kinds of promising ideas for urban cinemas. With hope, there will always be alternatives to generic theaters surrounded by parking lots outside the city.