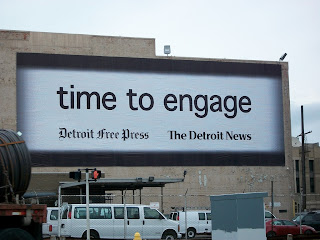 In the spirit of Polis's goal of a well-considered engagement with the urban rather than exclusively the off-the-cuff immediacy that the blogosphere is known for, this is the first in a series of posts about Detroit, a full three months after I have come back from my first visit this past May. The photos have been sorted, innumerable conversations had, a class taught and a lecture given. Now it is time to write.

There are few other places where a post needs no real subheading, no fancy title. To do so would in some ways be misleading or pointless, as I know of few other places which bring so much baggage to the table. Detroit, for the urbanist, represents so much: an entire way of life, an economic machine, a grand urban experiment, an icon both of American might and American hubris, the brutal reality of race in the United States, the starkness of widespread decay and the possibilities of a new urban future born out of the ashes of abandonment. 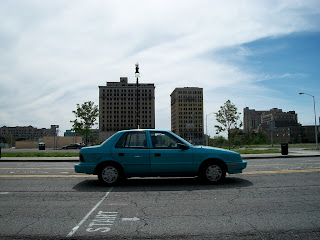 Those historical threads that mark the history of American cities are easy to see in Detroit - from conflicts over race or suburbanization or automobiles, Detroit wears its ongoing battle with history on its sleave. It is the place where Henry Ford changed not only the way we
consume space, but his $5 day - and countless struggles by organized labor - changed who could consume it: the average American worker, often a European immigrant or the child of one. The paving of Woodward and the invention of the traffic light were firsts that Detroit proudly claims, part of a machine that would see the city become the "arsenal of democracy" and a symbol of an auto-centered economy that would account for 1 in 6 American jobs at one point last century. But the industrial miracle would not last, undone both by overall industrial decline and a particularly virulent strain of racism crossed with suburbanization that would slowly undo a grand city of 2 million souls. 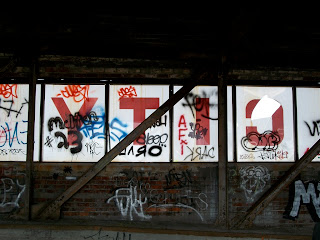 It now symbolizes something else entirely - either the epitome of disfunction or the beacon of
new urban possibilities. Contemporary Detroit is two things simultaneously: a city beset by food deserts, an almost nonexistent transit system, more than 30,000 vacant lots, high foreclosure rates and widespread subprime abuse, a school system teetering on the edge, a city that is 90% black in a metro area that is almost 70% white; it is also the site of numerous valiant attempts to reinvent American urbanism, either through urban agriculture, music and art, cycling, radical politics, or the green economy. In Detroit we see everything that is wrong and everything that could be right in American cities - fitting for a city whose motto is Speramus Meliora, Resurget Cineribus, Latin for We Hope for Better Things; It Shall Rise from the Ashes.

Any consideration of Detroit must grapple with this omnipresent knife's edge of romantic possibilities and decidedly unromantic reality. But there are three other factors that we must keep in mind if we are to learn from and with Detroit, and even more so if we are to intervene. 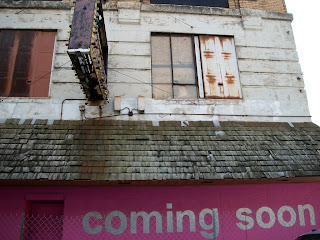 1. Promises, promises.... For decades now, Detroiters have witnessed a series of new ideas, new inventions, new promises from public and private actors alike that another new idea or new plan was going to save the city. From casinos to new stadiums to auto industry bailouts, much has been promised, but the decline continues. This latest wave of hope and inspiration must recognize not only the "causes" of the problem and the problem itself, but the reality of planning fatigue and the ongoing reality of dashed hopes and deferred dreams. 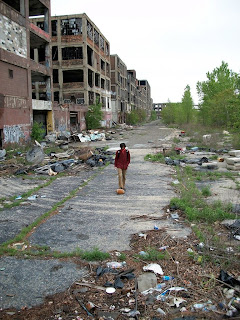 2. Not everyone thinks Detroit should survive. Although it may be the darling of the urban ag movement, green economy folks and biking hipsters, prominent urban economists like Ed Glaeser seem ready to condemn Detroit (and the rest of the rust belt) to its "fate" as a shrinking ghost of America past. Not everyone is so excited about what Detroit could be, or feels a responsibility to rebuild. There is a long history of disposable urbanism in America, and it continues to live in the minds of many urbanists. 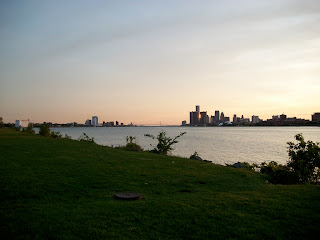