Last week I participated as the organizer and one of the facilitators (together with experts from GWA) of a three-day capacity-building workshop for mainstreaming gender in the water and sanitation (watsan) programme in which I have been involved for the past nine months. In a related post I’m writing for CoLab RADIO, I explain this experience, which represents a very important moment in the series. In the past two posts I described, first, the link between gender and water, and second, the profiles of some of the people that have been identified as key allies for mainstreaming gender in the watsan programme. 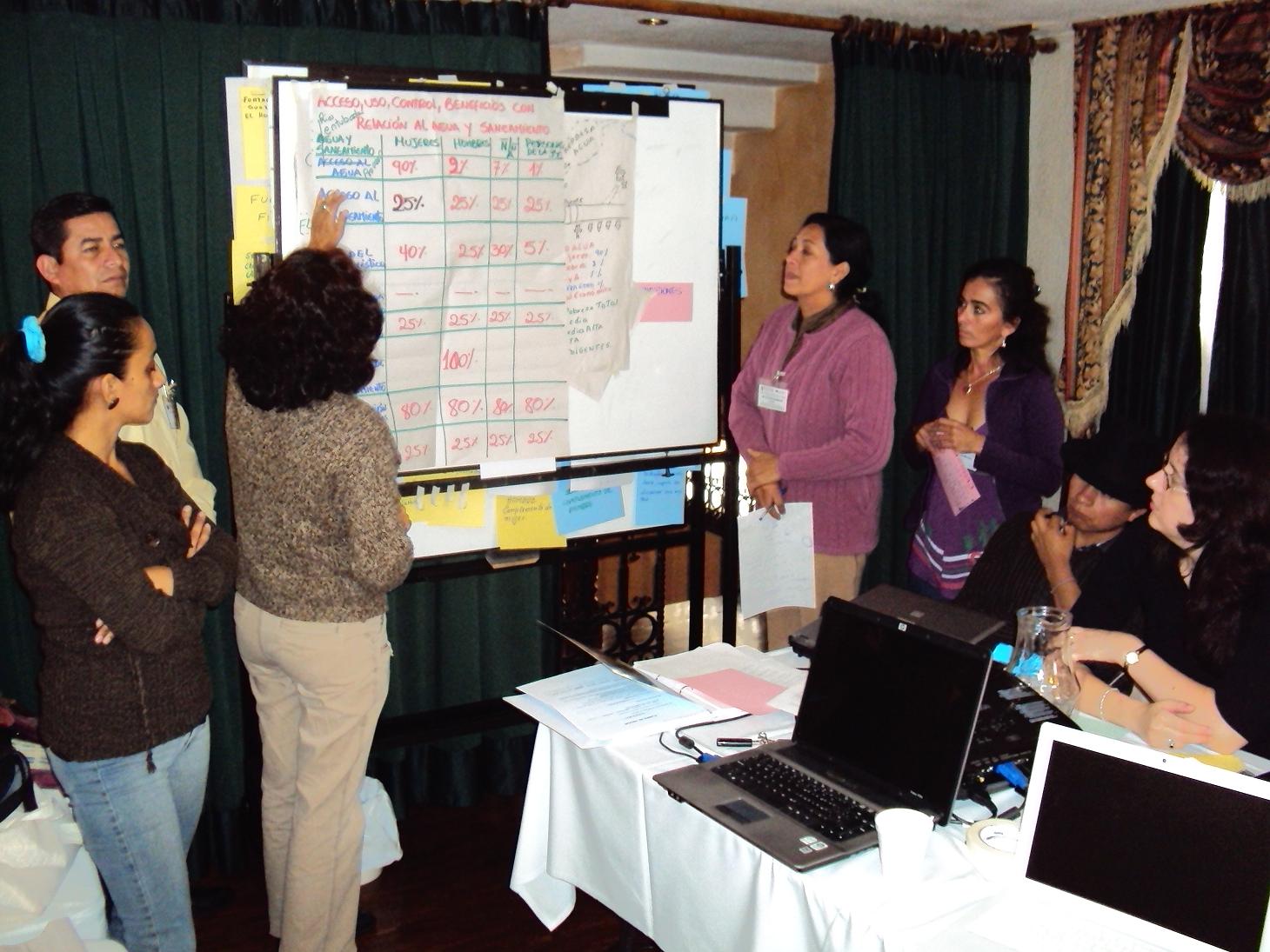 Participants in the gender and water workshop. Source: UN-HABITAT

Five staff from the program’s national counterparts and twelve gender-sensitized/committed people from rural communities that my colleagues and I identified participated in the abovementioned workshop with the aim of developing the tools and arguments they will need when supporting the gender approach in the programme’s activities.

These three days, on the one hand, contributed to a deeper sensitization of all participants and, on the other hand, they greatly enhanced their motivation and sense of empowerment. Thanks to this workshop, participants are now in a stronger position to influence the programme’s provincial platforms in promoting gender equity in the sector. We expect them to set a precedent in mainstreaming gender in a sector that has been traditionally dominated by male and biased towards male’s point of view.

The full text of this post will be published on CoLab Radio on Monday, July 9.