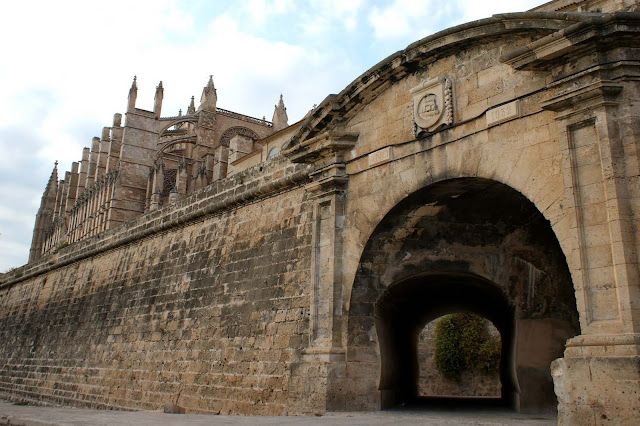 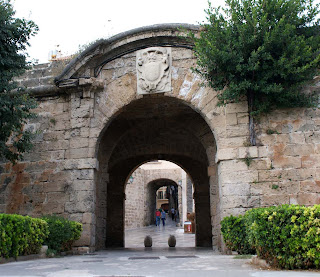 Similar to most medieval cities, Palma de Mallorca was traditionally surrounded by walls, most of which were destroyed in the late 19th century to enable the city's expansion. Yet a section of the Renaissance sea wall built in the 1500s, Dalt Murada, still remains intact, although the Mediterranean no longer laps up to its edge - the space immediately in front has been reclaimed for a seaside walk, a ring road and the Parc de la Mar (of which you can see the edge, below right). Although traditionally an entrance to those arriving to the city by sea, now the doors are likely most traveled by the millions of tourists arriving by plane or on a cruise ship stop in Palma's port for the day. 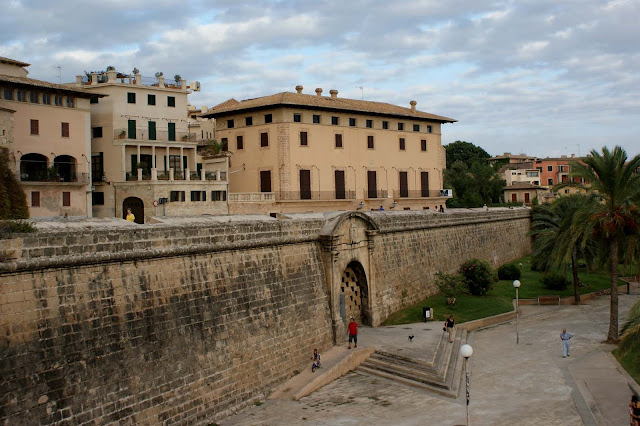