Mobile Phones, India and Life in the City 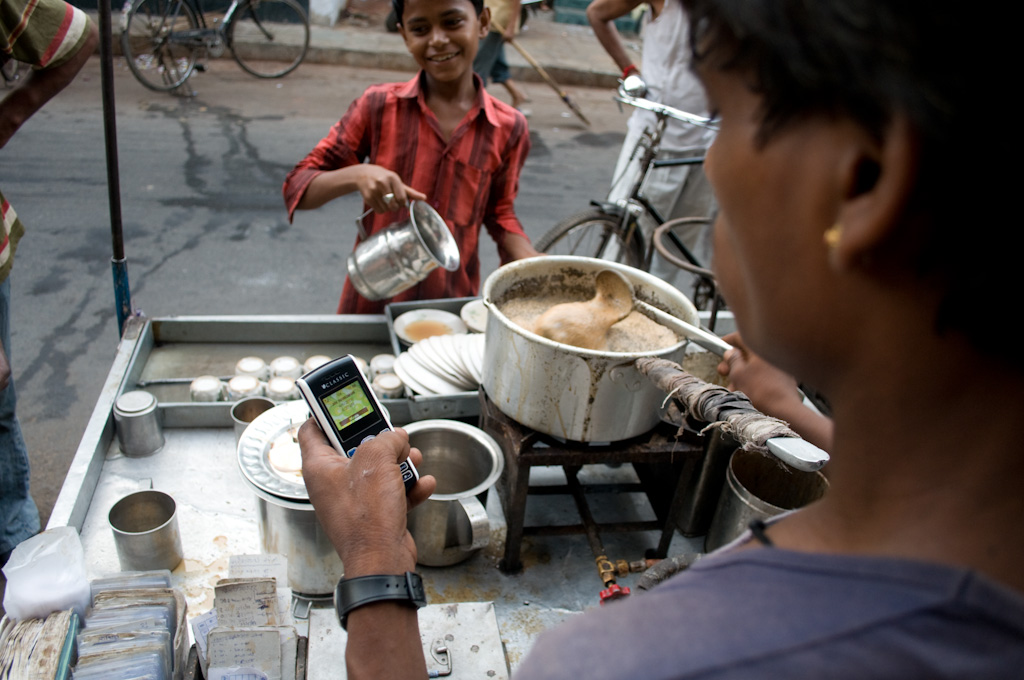 Among cynical technologists, the tale of explosive mobile phone usage in hypergrowth countries like India is two decades of waxing lyrical with little grasp on reality. On one hand, there's the oft-told story of the fisherman checking for prices at the neighboring city's markets, the Grameen phone, and the 15 million new mobile subscribers per month. On the other, the unspoken trappings of the latest mobile phones as a status symbol, the stymied growth of smart phones without the infrastructural support and economic gumption of telecoms providers, and the simple fact that all this reported growth is overhyped when living in the urban rough and tumble means getting your phone stolen -- frequently.

Thomas Friedman's op-ed in the New York Times beckons us to believe the hype: and with a compelling anecdote to back it up:


Here’s an example of why I ask these questions. It’s a typical Indian start-up I visited in a garage in South Delhi, EKO India Financial Services. Its founders, Abhishek Sinha and his brother Abhinav, began with a small insight — that low-wage Indian migrant workers flocking to Delhi from poorer states like Bihar had no place to put their savings and no secure way to send money home to their families. India has relatively few bank branches for a country its size, so many migrants stuff money in their mattresses or send cash home through traditional “hawala,” or hand-to-hand networks.

The brothers had an idea. In every Indian neighborhood or village there’s usually a mom-and-pop kiosk that sells drinks, cigarettes, candy and a few groceries. Why not turn each one into a virtual bank? So they created a software program whereby a migrant worker in Delhi using his cellphone, and proof of identity, could open a bank account registered on his cellphone text system. Mom-and-pop shopkeepers would act as the friendly neighborhood local banker and do the same.

Then the worker in New Delhi could give a kiosk owner in his slum 1,000 rupees (about $20), the shopkeeper would record it on his phone and text receipt of the deposit to the system’s mother bank, the State Bank of India. Then the worker’s wife back in Bihar could just go to the mom-and-pop kiosk in her village, also tied into the system, and make a withdrawal using her cellphone. The shopkeeper there would give her the 1,000 rupees sent by her husband. Each shopkeeper would earn a small fee from each transaction. Besides money transfers, workers could also use the system to bank their savings.

Friedman argues that entrepreneurs in emerging countries like India are finding innovative ways to create services for the country's majority population -- a population that hadn't been traditionally considered an economically viable customer base. The simple, basic mobile phone plays the role of the great equalizer -- a platform upon which these services can be delivered.

How does this relate to life in the polis? We cannot speak of life in the city without talking about life in the country, the "fringes", urban migration for economic opportunity. Like roads and highways or train tracks, mobile phone networks form a basic infrastructure that emotionally -- and economically, in the case of Friedman's example -- connects new city dwellers to their hometowns. They form a lifeline between the privileges and pitfalls of the city, and the survival of the towns and villages they left behind.

If taxis can provide a portrait of a city's economic and social life , and the proliferation of smartphones provides ubiquitous sources of all kinds of datasets, I wonder how the basic mobile phone will one day, with its future use cases and services, give us more insight into a day in the life of a citizen in the majority world.
Credits: Photo from janchipchase.com.