Sports and the City

There are times in both history and life where the overt symbolism of the moment is too much to ignore, even if it seems contrived. Today is a historic day in San Francisco, the City by the Bay, and it has nothing to do with the fact that the Mayor may become Lt. Governor, marijuana may be legalized and a nationwide avalanche of right-wing revanchism may topple local congresswoman Nancy Pelosi as the Speaker of the US House of Representatives. After 52 years of heartbreak, the San Francisco Giants have won the World Series. 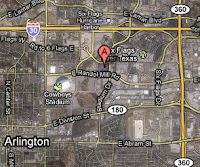 If you are not a sports fan, it may be hard to fathom why this matters, especially on a historic election day where the Koch brothers billions and the return of Karl Rove are hoping to co-opt tea-party populism into yet another midterm setback for the American people. But it is precisely because of the darkness of the hour that the deep symbolism inherent in the Giants crushing defeat of the Texas Rangers means so much. It was a team that personifies its city in so many ways - mowhawked misfits and tattooed cast-offs, long-haired potheads and gay icons in the making, rally thongs, a Latin American contingent so diverse it feels like an OAS meeting, a couple of farm town kids straight out of an Archie comic, and even the machine - defeating a bland Texas team which personifies a team with no city, one whose home is located somewhere in the "metroplex". 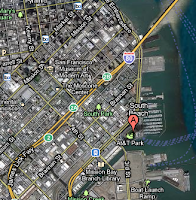 It was the now-iconic downtown San Francisco waterfront ballpark, where thousands of fans gathered to celebrate even though the game was in Texas against a new stadium in a sea of parking, a throwback to the bad old days of American urbanism when we thought suburban stadiums were the wave of the future (Most cities are slowly replacing old stadiums with new downtown ballparks - the exception to this rule are the Rangers, the only team to play outside of the city which it is primarily associated with). It was Nancy Pelosi and Barbara Boxer and Gavin Newson and Tom Ammiano and Vaughn Walker and Harvey Milk against both Bushes, who drove a golf cart around during the game to the delight of Fox broadcasters and to a chorus of boos from every bar in San Francisco (Fox of course neglected to mention the irony in George W. Bush's prominence at the game, given that he almost ran the team into the ground when he owned it a few decades back). It was the almost surreal diversity of San Francisco and the Bay Area on display in the streets after the victory - Asian, white, black, brown, mixed, gay, straight, old, young, the skinniest of hipsters jumping up and down next to the biggest of b-boys, the stroller set with their Brian Wilson onesies and the grizzled old timers in McCovey and Marichal jerseys - against the overwhelming whiteness of the red, white and blue Texans.

Although there are those on both side of the aisle who would prefer not to inject "politics" into sports, politics is everywhere, and symbols mean something. During the Bush years, San Francisco and "San Francisco values" were demonized, much as Pelosi has been used in effigy by the fear-mongers who'd prefer to keep working people uninsured or gay people unequal and unsafe. Our way of life, from our inclusive values to our consideration of justice as a priority to support for cleaner, greener and more urban living, has been under constant attack over the past decade. So when the city of San Francisco defeats the state of Texas to win the championship in "America's pastime" the night before an election-day bloodbath, sports and politics are tied together whether we like it or not. 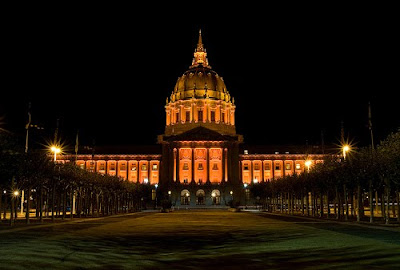 Ultimately, it speaks in someways to the power of sport in contemporary society. Sports have long been symbols of values, culture and politics at the local level, and not just because they bring people together around an urban or metropolitan identity. At times they are divisive, be it the racialized nature of which sport (basketball v. NASCAR), the class-based, intra-urban divisions of soccer (Arsenal v. Chelsea in London, Boca v. River in Buenos Aires), or the overt fascist support for certain teams (Rome's Lazio), or for sport in general (see Italy, Spain, Portugal). 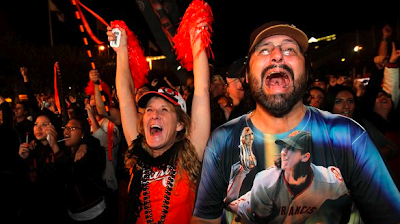 But one fan's division is another's solidarity. Never in 30 years have I seen San Francisco so united - the gang colors ebbed for a few nights in the Mission (although they sadly did not disappear), young and old had something to talk about, and the whole region seemed to bask in the joy of moment, with "Go Giants" being exchanged between total strangers as if it were a holiday. It is fitting that this all happened during the most San Francisco of holidays, Halloween, and the most Calexifornian of holidays, Dia de Los Muertos, when cities around the country are bedecked in the glorious colors of Orange and Black, and everyone tries on a taste of that anti-puritanical rebellion that is our hallmark here in the Bay.

Despite a slew of problems - creeping corporatization, absurd campaigns for overpriced stadiums that take advantage of public pride and public dollars, male athletes doing stupid things - sport can still galvanize a city, a region and a populace, for love and not for money. It is ironic that here in the US, where corporate ownership of the political arena is only increasing, that sport would be one of the few parts of life where place and pride trump cash. Unlike in most countries, where corporate logos define the front of sports uniforms, and where a financial crisis forces iconic teams like Manchester United to order a new set of jerseys, here in the US it is the city which stays front and center, where it belongs. So here is to sport and the city, my city, not a blue city in a red country but an orange city in a red, white and blue land.