New Orleans is one of my favorite cities, one of the few places in America wise enough to realize that the ability to stroll down the street with a cold beer on a steamy hot day while music pours out of every nook and cranny is deeply civilized. Its beauty and brutality have been well chronicled - a cultural icon where you can witness amazing hospitality and vicious inequality on the same block. Perhaps it is fitting that a recent trip to the Crescent City spurred a post that has been long in the making. 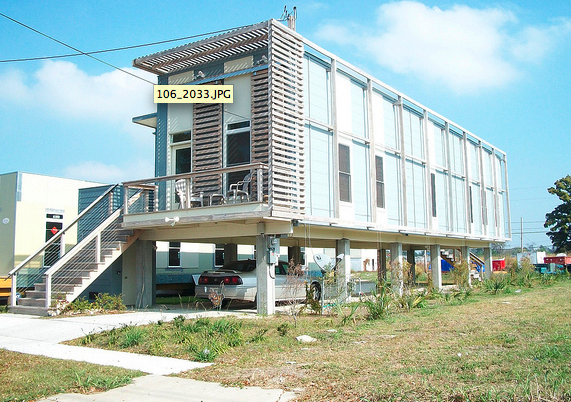 Visitors to downtown and the French Quarter have two major options for evening entertainment, neighborhood style - the mayhem of Bourbon street, a constant blare of karaoke, top 40, hurricane-soaked revelers and strip clubs, or the smorgasbord of world class music that is Frenchmen Street, just a half-mile away in the neighboring Marigny. Bourbon Street is trashy, loud, and cheesy, and for all that it is an icon, it is fairly generic. One can find the same music and same booze and same idea in Cabo or Daytona, although perhaps without the beads. Frenchmen on the other hand has brass bands in the street, Marsalises and a steady supply of other local talent in the clubs, homemade jerk chicken and bbq in the food carts, and even fire dancers (the neo-punk burner culture is alive and well in NOLA). 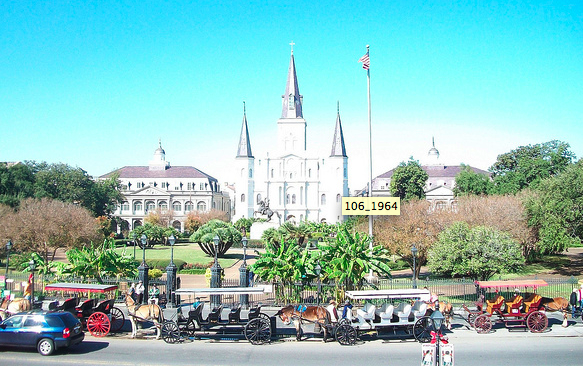 If it is not obvious, I am partial to Frenchmen, and all of the Frenchmen Streets everywhere - I am more Mission than North Beach, East Village than Times Square, Hampden than Inner Harbor. But if you want to see true diversity, black and white, working class and business class, young and old, you have to go to Bourbon Street. In five minutes one can see the stark difference in who hangs out in each place. 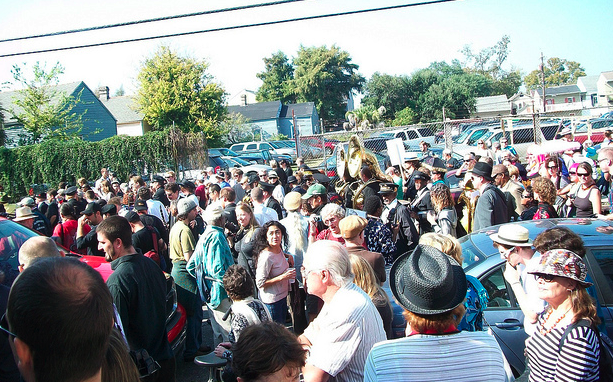 This is one of the many paradoxes of the gentrification generation - the "coolest" places in our cities, the most "authentic", tend to be white and middle class, while the "cheesiest" and most touristy are far more diverse. This line extends indoors - malls and corporate eateries like TGI Fridays and Applebees are far more racially integrated than the funky bourgeois spaces which hipsters like me love. As hipsters, the most self-aware generation ever, with generally pro-integrationist politics, we are acutely aware of this fact, and I would argue it is at the root of some of our collective ennui. 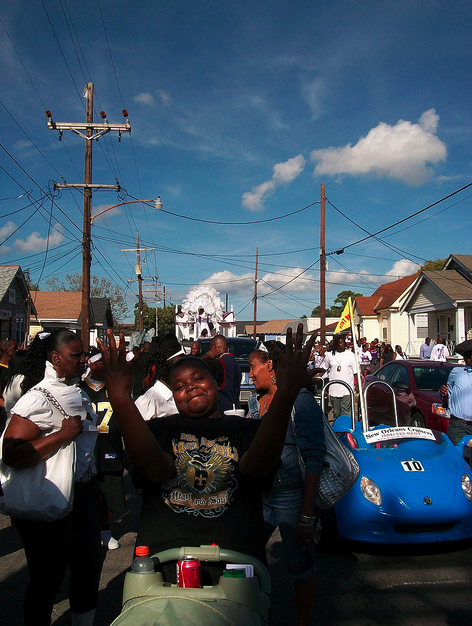 This is not always the case - many big dance clubs fly in the face of the paradox, and there are pockets of integrated coolness everywhere. In New Orleans, there are also the second lines, the most incredible social event I know, a parade of music and revelry and city living both hip and hypercolorful in the human sense. Perhaps it has something to do with the fact that they are by and for the mostly black communities in New Orleans, and the rest of us are welcome to participate. Meanwhile, folks like me struggle to figure out how to make the places we love both reflective of the cities we live in and of the lives we want to live.