“My work relates strongly to architecture, but in a paradoxical way, because I go to places with interesting architecture, but I’m there to highlight people. I use architecture as my canvas, while setting up a dialogue with the city in areas where walls are not covered with advertisements. This allows me to get closer to the people. I get into people’s lives in fact, not by way of politics or advertising, but by way of art and activism.”

The quote above by photographer, artist and activist JR is from the February/March issue of Mark Magazine. JR has been pasting his large-scale black and white portraits on the walls of the cities around the world for five years now. Recently he was awarded with the prestigious TED Prize. But it was in Mark that I first came across his work, and I became truly fascinated by this 27-year old Frenchman’s vision. 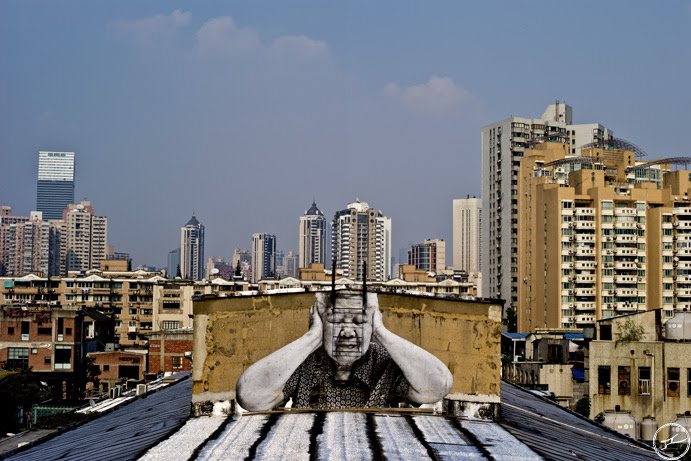 His full name is a well-kept secret, albeit his images are widely acknowledged. He began his work in Paris, where he happened to stumble upon a discarded camera in the subway. Interested in taking art out of the traditional museum setting, he posted portraits of the suburban "thugs" on buildings in the bourgeois districts of Paris. The illegal project ended with the Paris City Hall wrapping its building with JR’s photos. 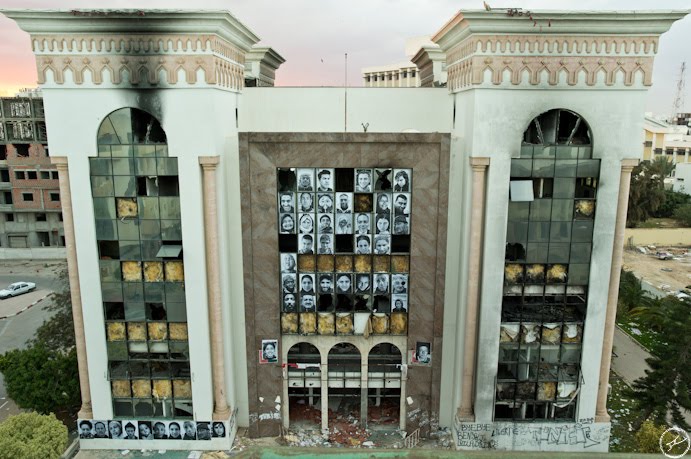 In 2007, he did “Face 2 Face”–posting huge portraits of Israelis and Palestinians, on city walls, and on the two sides of the separation wall. The year after he continued with “Women”, a project with the aim of underlining the dignity of women who are often the targets of conflict. The images are posted on the facades, roofs and bridges in Africa, Brazil, India and Cambodia. Currently, he’s working on two new projects: “Wrinkles of the City,” that deals with the memory of the city and “Unframed” which reinterprets famous photos from the archives of museums. 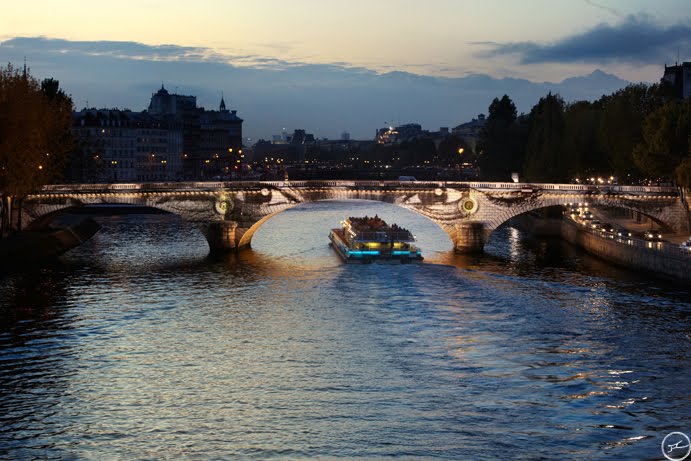 His aim is to raise questions, and he certainly does well in achieving this goal. In the rapidly growing cities of today, there are plenty of development projects that seem to be designed without inhabitants in mind. In this context JR’s images become an important reminder that it is the people that makes the city, they are its heart. 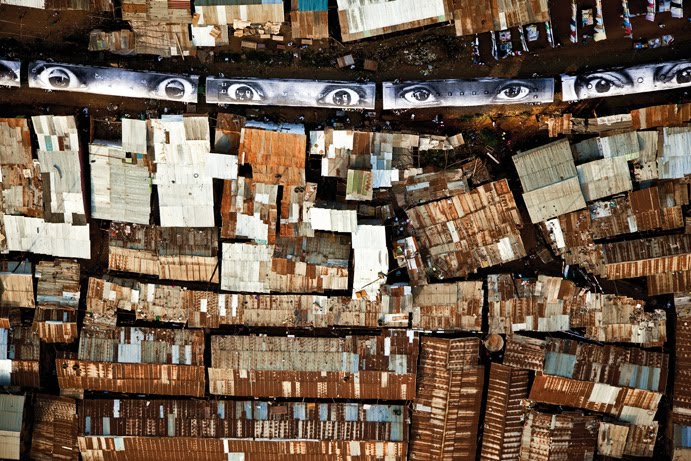 This is part of a collection of featured artists who relate in different ways to cities.

Credits: Image of Wrinkles of the City Project, Shanghai 2010; Image of Inside Out in Tunisia, Pasting on the ex house of the Ben Ali party; Image of 28 Millimeters : Women Are Heroes. Paris, Louis-Philippe Bridge 2009; Image of roofs in Kibera, Kenya, all from JR.