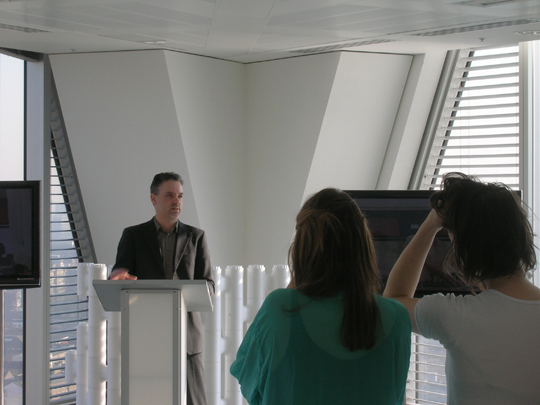 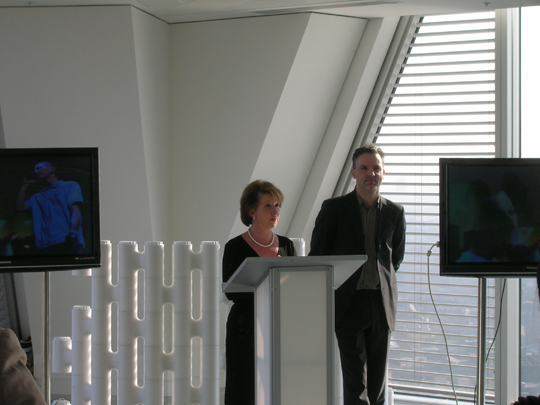 This morning in Bishopsgate, in the seam between London's financial centre and creative heart, the public preparation for the fourth annual CREATE11 festival began.  It will be the fourth annual summer festival celebrating Europe's largest cultural quarter, spanning 5 Boroughs in East London that nurture 12,000 artists.  CREATE has effectively brought the public, private, and cultural sectors of the city together to organise and fund a festival that serves as a platform for the existing creative industries of East and South East London to gain deserved recognition and reach a wider spectrum of citizens.  A positive byproduct of the 2012 Olympics, CREATE11 nurtures the expression of the vibrant cultural economy. 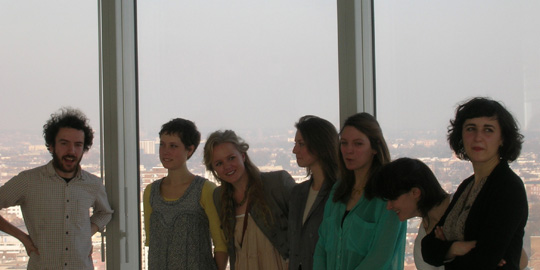 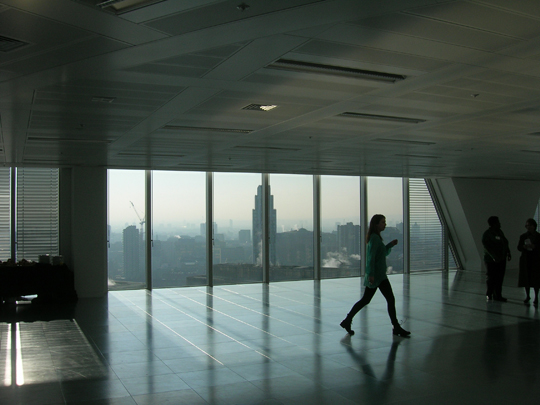 Held in the Skidmore, Owings & Merrill designed Broadgate Tower, CREATE11 and their main sponsor Deutsche Bank released some details of this year's festival, which will span from 24 June - 25 July 2011.    This included the Portavillion, a floating cinema that will navigate the canals of London, stopping to project films on the buildings that line them. 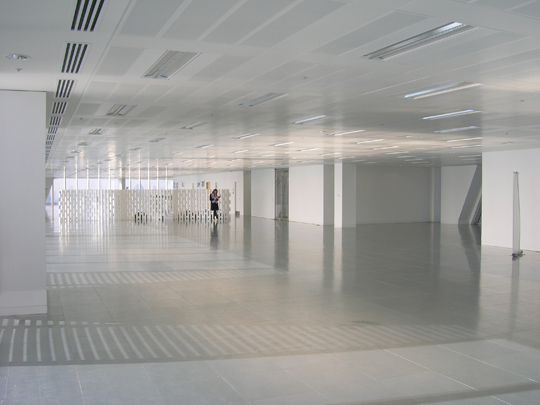 The not-for-profit collective 'Assemble' (see the group photo above) was given the creative art award for their continuing investigation into revealing and reconsidering the uses of neglected and interstitial urban spaces.  Through their previous work on the cineroleum, they base their operations on collaboration and the dissolution of traditional professional boundaries, incorporating design, construction, social concerns and participation within each project. This summer they will undertake their 'Folly for a Flyover' project, re-imagining a disused motorway undercroft in Hackney as a space for workshops, performance and film screenings.