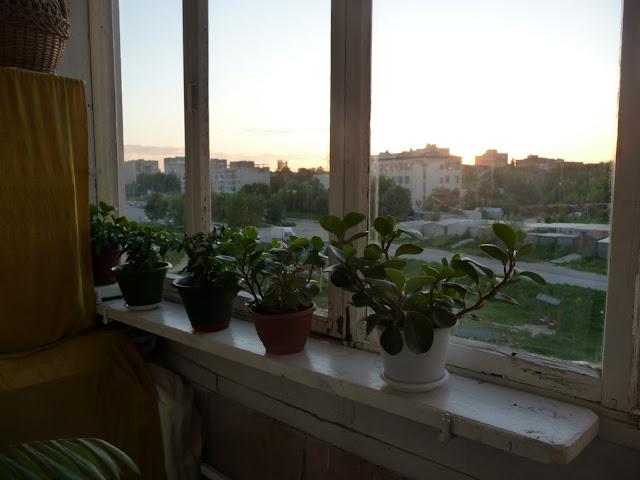 Over the next two months my posts will be kind of rough, as I have very slow and infrequent internet access, and none at home. This has prevented me from reading blogs lately, and even much news, both of which I really miss. Maybe it's worthless to blog while I'm so disconnected, but since I'm scheduled to post, I'll write about the way this time in Russia is changing my perspective on public parks in Moscow. 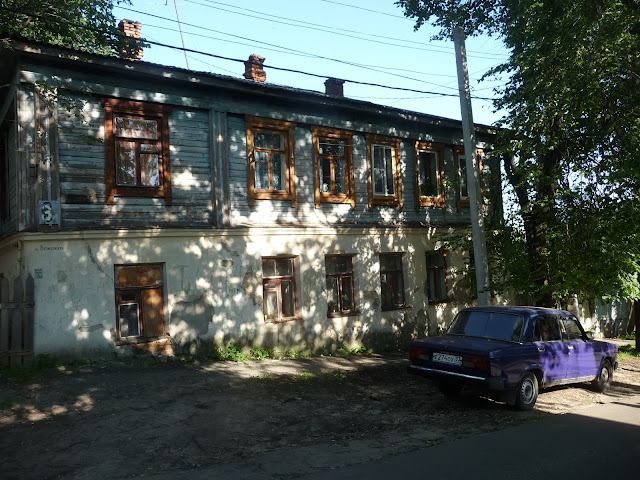 Vladimir, where I'm currently living, is a few hours east of Moscow by train, and much smaller, with a population of around 315,000. Although the ornate wooden houses and elaborate brick buildings in the center of town are worth devoting a lot more time to, I've been especially interested in the large apartment blocks outside the center city. These areas provide an interesting contrast with the neighborhood where I lived in Moscow last summer. The main difference is maintenance. Around Moscow State University, crews of workers clean the streets each day, while the microdistrict where I'm staying now is run down in the way of project buildings in the US (i.e., visible problems with litter, graffiti, and structural decay). However, it still looks like a lot of thought went into filling the space between buildings with greenery. There are all kinds of playgrounds, fields, courtyards, and sports facilities. I didn't have my camera while walking through them, but I'll post more photos as soon as possible. The ones in this post are of nearby neighborhoods, except for the one at the top, which is from the balcony in my room. 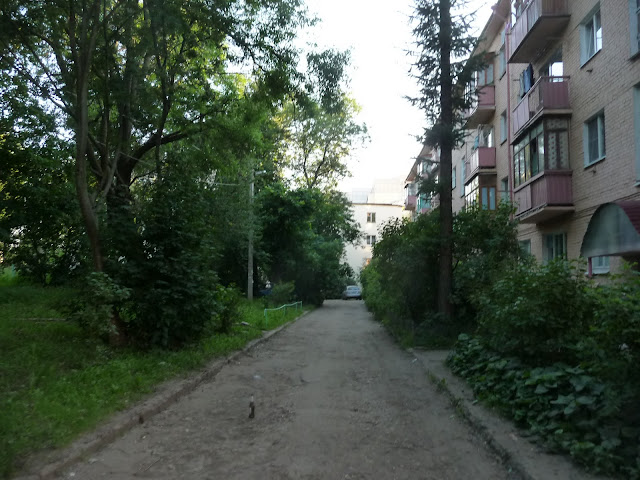 Public space is generally enclosed by buildings, creating varied environments and a comfortable feeling of protection from the streets; almost like being inside with a nice breeze and open ceiling. Besides maintenance, which is far worse than the only microdistrict I visited in Moscow, the buildings tend to be made of low-quality materials. These neighborhoods reinforce the vague impression I had that certain parts of Moscow draw resources away from the rest of the country, resulting in some incredibly beautiful settings in the midst of decreased public spending overall. 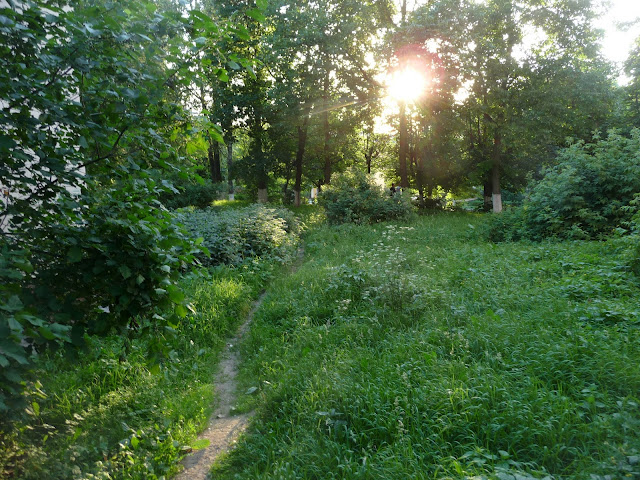 To kind of bring these thoughts together, I'm beginning to see more than ever the importance of maintenance, semi-enclosure, variety, and quality construction. These are all things that policymakers, designers, and all kinds of citizens can collaborate on. Focusing on them -- and not only in the wealthier neighborhoods of the wealthiest cities -- could really add to the quality of life in cities. 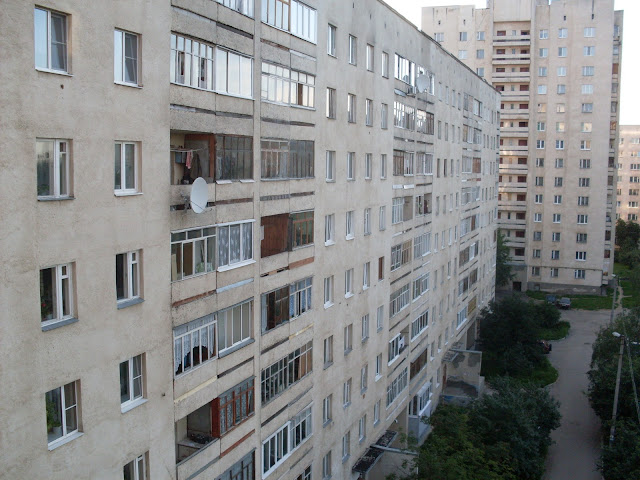