Of Human Billboards and Dignity of Work 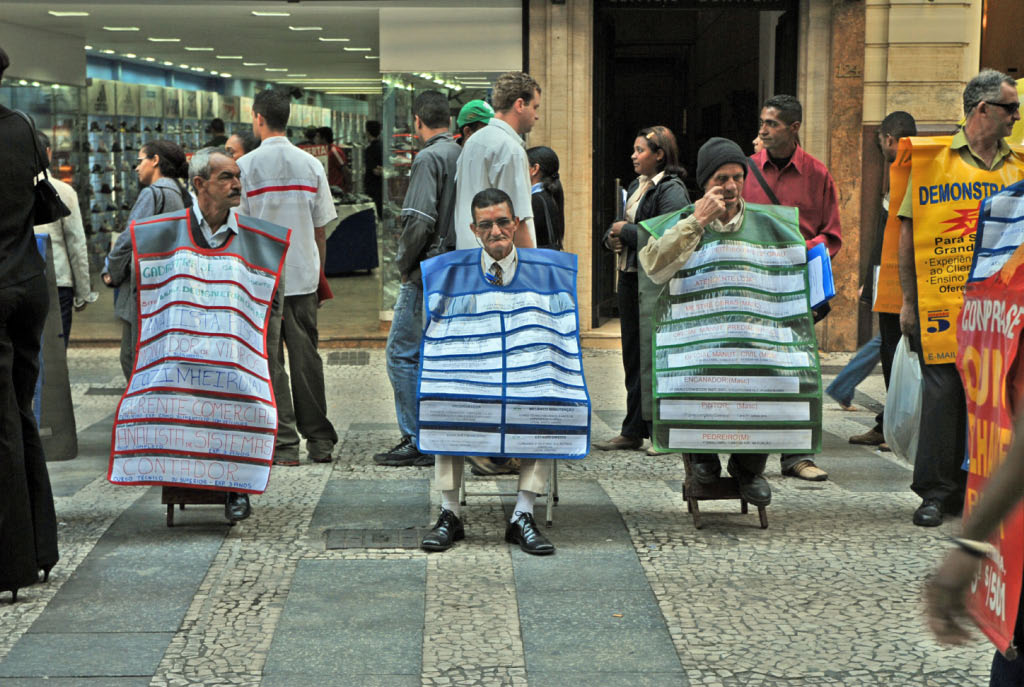 User experience researcher Jan Chipchase writes of human hoardings or billboards in Sao Paulo carrying advertisements for jobs - which provoked me to consider a few things:

1. What function does the human vehicle play in the context of a high-density urban environment, in comparison to a regular billboard? Mobility, for one, to spread the message over a larger geography - but does the bearer then unwittingly become the ambassador or representative for the jobs and announcements advertised?

2. For external observers outside of the cultural context of Sao Paulo, do jobs like the human billboard grate against some ethical compass of what constitutes dignity of work? Or perhaps we shouldn't be perturbed by this scenario altogether -- it is not unreasonable within the cultural circumstances and after all, the boon of having work and income is not to be taken lightly. How is the human billboard different from say, the traditional methodology of hiring someone to hand out flyers in high-density areas, and why would it inspire a sense of dehumanization among some groups of observers?

I recall touching down in the Bengaluru International Airport a couple of years ago and having a moment of ethical crisis when confronted with an airport staff member who offered to pick up my meager baggage from the conveyor belt for very few rupees -- baggage that any able-bodied traveler such as myself could move without much difficulty. Is the appropriate response then to deny a service, under the belief that we should be able to pick up after ourselves (and refute the realities of socioeconomic disparity), or to partake in the service because there is value and benefit in supporting such micro-enterprises?

3. Can we further innovate on the medium? In the case of the human billboard, if the bearers were given the responsibility to be mavens and experts for the various points of advertisement, or even curators of new happenings and going-ons, if may make the work more interesting and the service more helpful . Can just a little bit of innovation lift the perceived quality of an enterprise?