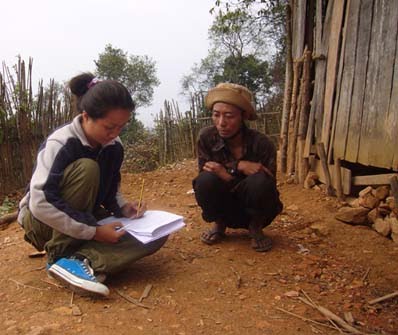 Besides appearing at the end of this post, answers to such questions are now easily retrievable through a newly released online data bank of global development indicators. A few months ago, the World Bank launched Open Data, democratizing access to statistics previously limited to those who could afford expensive subscription rates. The catalog gives free access to over 2,000 indicators for more than 200 countries. This is the same information that the Bank uses to plan development aid strategies, from datasets like the Millennium Development Indicators, Global Economic Monitor and Worldwide Governance Indicators.

There's even an iPhone app for those burning development questions. The Bank is also holding a competition for developers to create additional tools, apps and mashups using the data.

Despite the wealth of indicators, the scope of urban data leaves much to be desired. Besides information on sanitation access, it is basically limited to population and vehicle statistics (disproportionally focused on cars and fuel, it seems).

Widening access to information empowers more people to participate in debate and planning. However, there is also an amplified danger of regurgitating and thereby legitimizing statistics that are not always reliable. There are gaps within the data, depending on which indicators were followed in which countries throughout which years. Much of the data is based on official statistics reported by countries themselves, so reliability varies.

More importantly, as Aid Watch put it, we "can't forget to keep asking the tough questions about where the data comes from, how it is collected, and where more and better data is urgently needed." Hopefully this move will stimulate debate about what information is deemed important to track and how it is gathered.