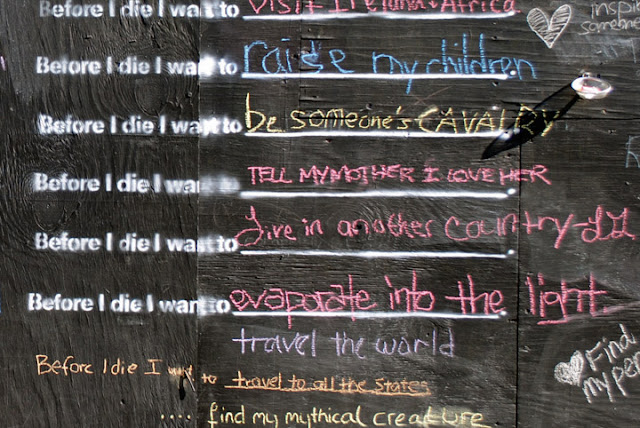 An abandoned house, vacant storefronts, a neglected high-rise — these were the canvases for Candy Chang's recent public art projects. Based in New Orleans, Chang is a public installation artist, designer, urban planner, and co-founder of Civic Center, an urban design studio that "works to make cities more comfortable for people."

Her work transforms ailing structures into focal points for interaction and sites for collective emotional expression. Earlier this year, she stenciled "Before I die I want to _____" across a boarded-up house in her neighborhood, and passersby filled in the blanks with their hopes and dreams. 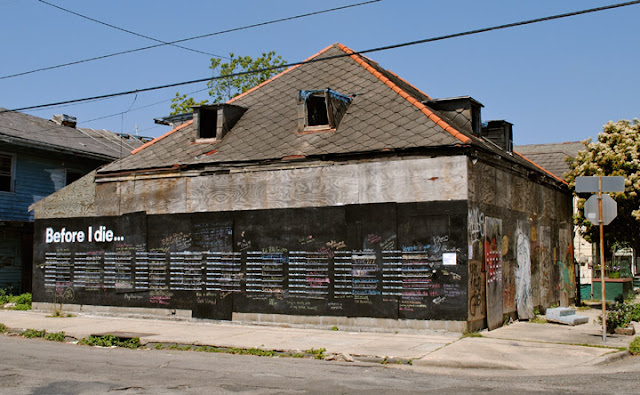 Last April, in Fairbanks, Alaska, she covered a building that had been abandoned for more than a decade with a giant sign that said "Looking for Love Again" in order to turn it into "an emotional beacon pleading for love." On the street, people were invited to share memories and hopes for the building on giant chalkboards mounted on its walls. 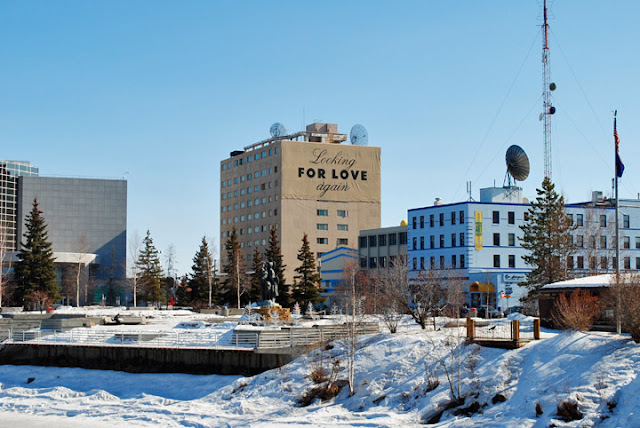 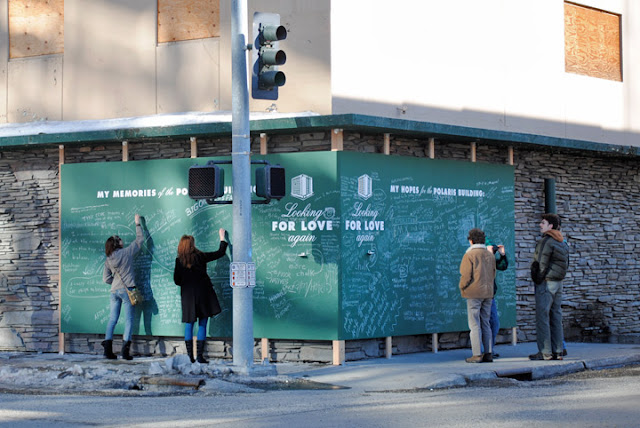 Chang will speak at the TED Global Conference in Scotland in July, and her Iconic Signage Project to support the revitalization of Broad Street in New Orleans debuts in the fall.