By conventions of city planning, taking over public spaces like streets, sidewalks, and squares often requires sanctioning, either from the authorities or a collective public conscience: from the permits issued to a restaurant that extends seating to the sidewalk to the sense of propriety when we attempt to bring a birthday party out to the neighborhood park. A ramble through Phnom Penh reminded me of the gamut of utilitarian and joyful confluences that emerge with an organic taking-over of public spaces.

Just outside the National Museum, as the roads close for pedestrian traffic after 6 pm, a couple takes to the sidewalk for a game of badminton. Nearby, a group of young men play a local spin of pick-up soccer with a rattan ball, and a woman and her granddaughter perform a few simple stretching exercises by the street corner. 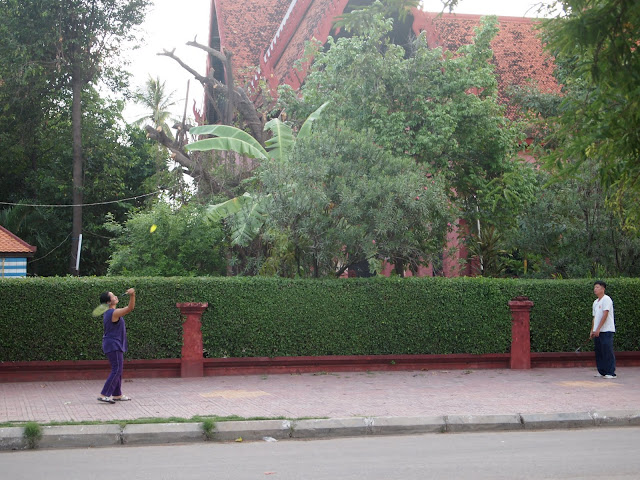 Walking south into the bustle of the city, an intersection of commerce and utility, a durian vendor prepares fruits for sale and interacts with customers, while a quick fix takes place behind the scene of sidewalk economy. 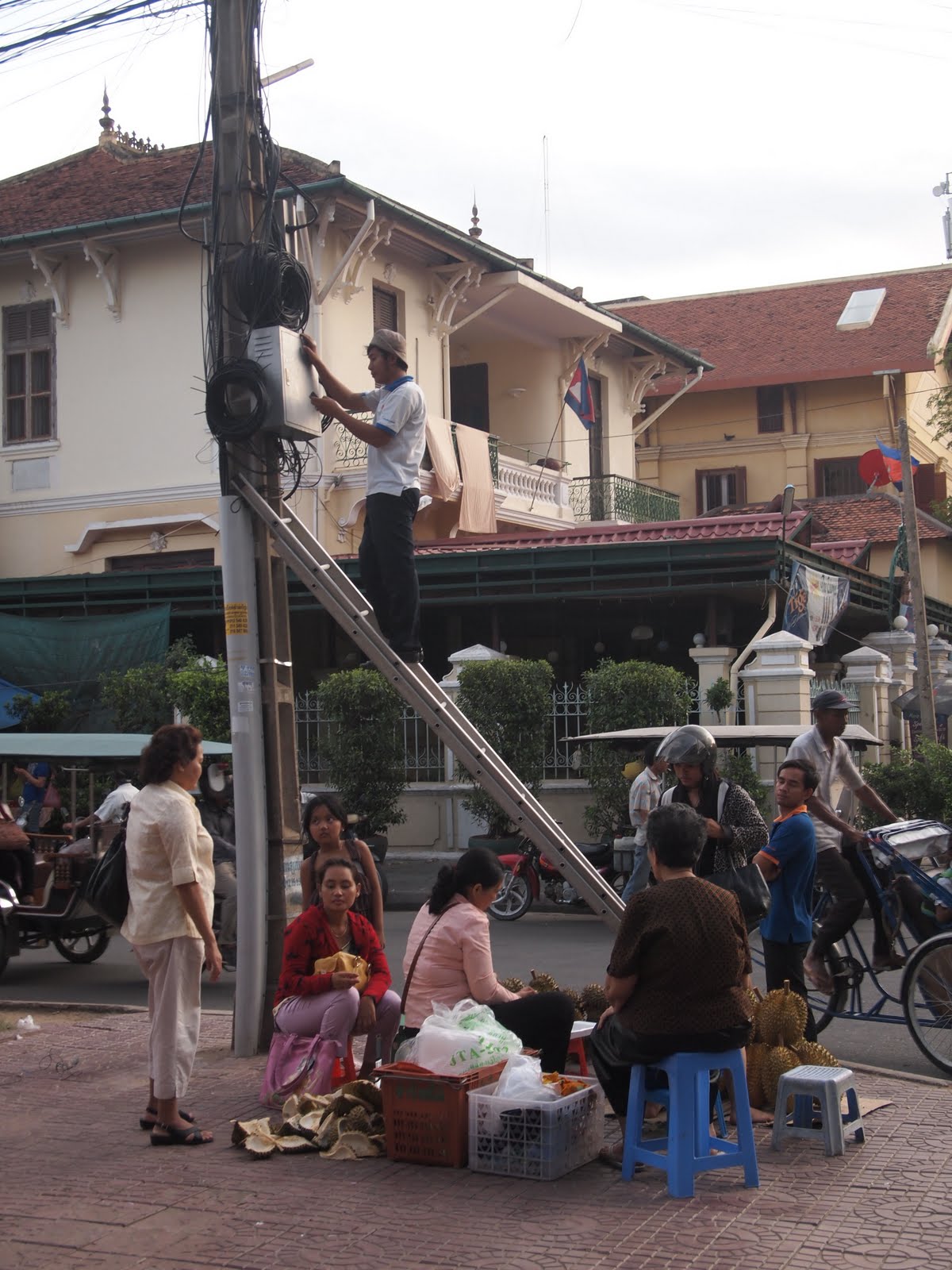 More sidewalk economy, as two women with plastic chairs and a tank of gas set out a makeshift refueling station for passing motorbikes and scooters. 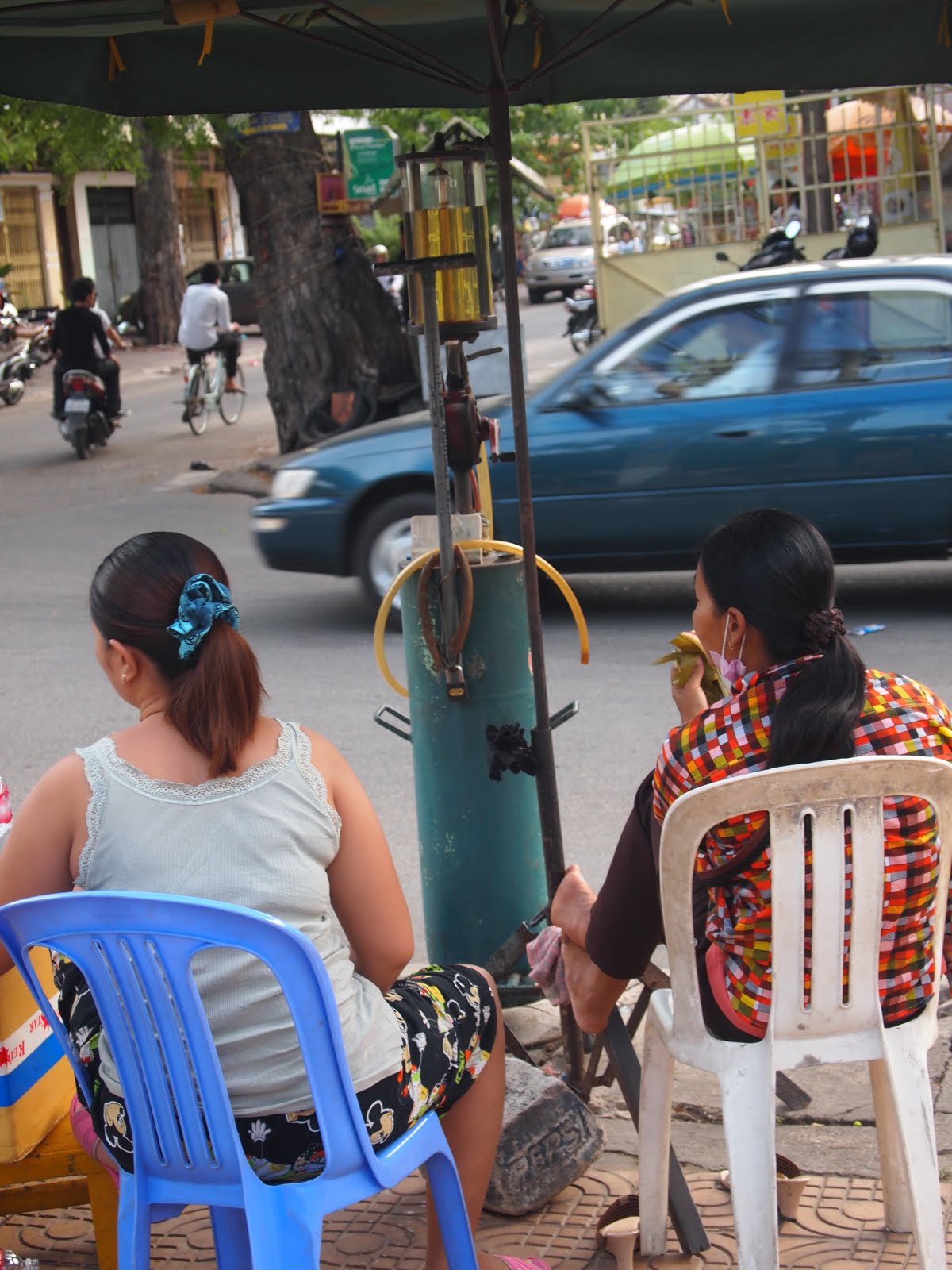 Tucked away from the bustle of the city, a group of men huddle over a game of chess under one of the ubiquitous cell-phone-provider umbrellas. 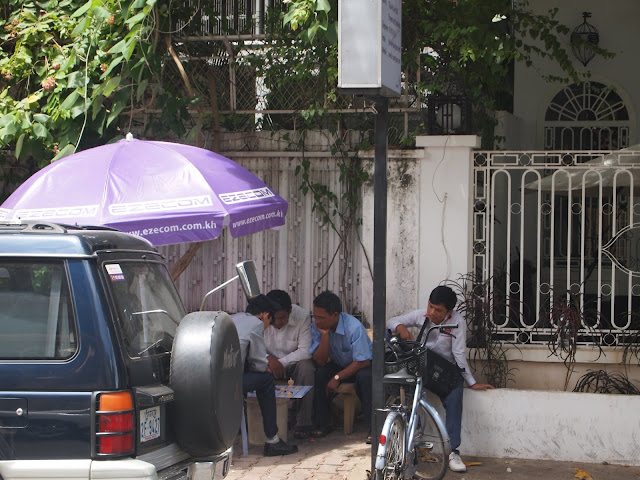 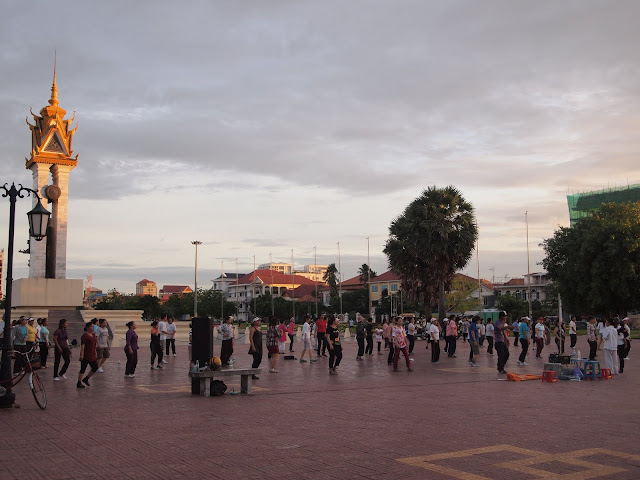 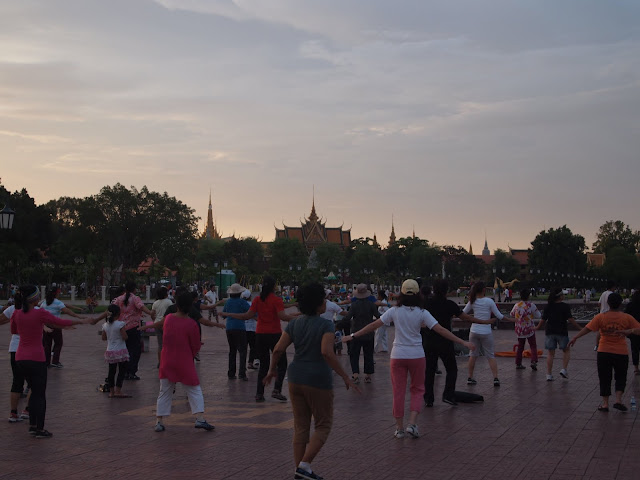 Against the regional backdrop of a vibrant Southeast Asia — a patchwork of countries and states at varying stages of governance and modernity — it would be remiss not to mention the taking-over of public spaces in acts of protest or civil disobedience. In many ways, the past decade has been an unprecedented one for the region, evidenced by the scale at which people have publicly expressed wishes, demands, and grievances when formal channels fail, whether at the quagmire of incompetence or outright governmental belligerence.