The Real Costs of Climate Change in Cities 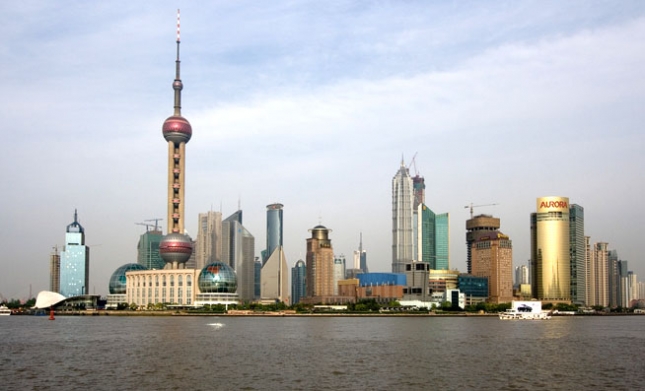 In its last report, the Intergovernmental Panel on Climate Change (IPCC) underestimated the effects of climate change, a politically motivated move that poses a severe threat to cities in the short and long term. The IPCC did not seriously consider the meltdown and detachment of the two largest ice sheets at the planet's poles, which could precipitate an “albedo flip” (critically reducing the earth's capacity to reflect radiation), as James Hansen suggests in “Climate Change and Trace Gases” (PDF). In Hansen’s words, “the Earth is getting perilously close to climate changes that could run out of our control.” 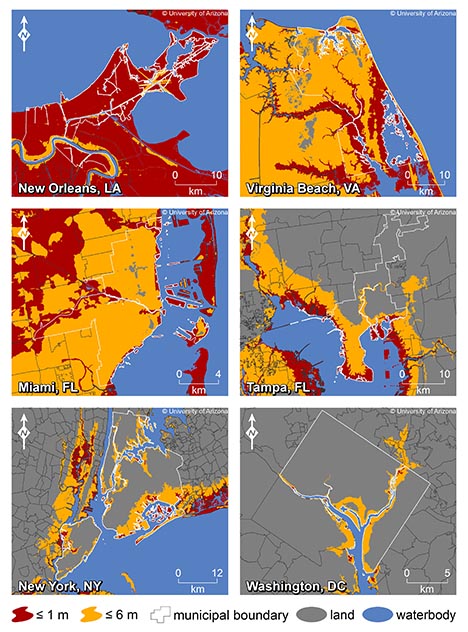 Under pressure from large polluters, the IPCC calculated a probable 0.4-meter sea level rise. Considering all available scientific evidence, the rise will most likely reach several meters. The complete meltdown of the Greenland and West Antarctica ice sheets would cause a 13-meter rise; even a fraction of this would be a global catastrophe. Under these conditions, most of the world's largest cities (Tokyo, New York, Seoul, Mumbai, Los Angeles, Manila, Shanghai, Jakarta, Karachi, Rio, Istanbul, Lagos, etc.) and smaller cities would have to confront the disastrous effects of rising temperatures and sea levels.

It is time to change the world's energy model to bring carbon emissions under control if we hope to avert future crises. There is no valid justification for ignoring this problem.

Credits: Photo of Shanghai by Keith Marshall. Maps showing sea level rise in U.S. cities from University of Arizona. Recommended reading: Hansen, J. (2009) Storms of My Grandchildren: The Truth About the Coming Climate Catastrophe and Our Last Chance to Save Humanity, New York, Bloomsbury.