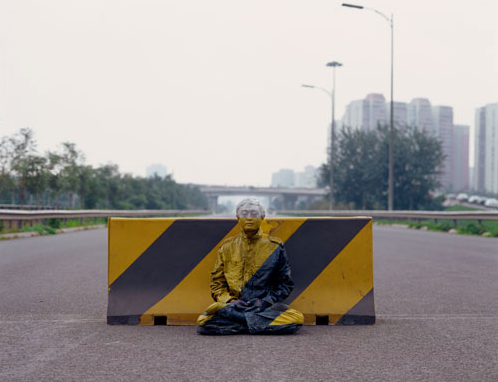 At first, it seems like a photo of an ordinary road block. But a closer look reveals a human being, painted to blend into the landscape, but still visible against the black and yellow stripes. The figure is Chinese artist Liu Bolin, who over the past few years has become known worldwide for a series of images in which he literally paints himself into each scene. This has earned him the nickname "Invisible Man."

Bolin was born in 1973 in Shandong Province, where he completed his Bachelor of Fine Arts at the Shandong Arts Institute. He moved to Beijing in 1999 to study sculpture with Sui Jiangou at the Central Academy of Fine Arts, where he received a Master of Fine Arts in 2005.

During Bolin's final year at the Academy, the Chinese government ordered the demolition of the Beijing International Art Camp, also known as Suojiacun Artists' Village, which housed several studios, including Liu Bolin’s. In response to the demolition, Curator Zhang Zhaohui organized the exhibition "Demolish! Demolish! Demolish!" which included over 100 artists.

Bolin’s contribution to the exhibition, "Hidden Demolition," featured his body painted to blend in with the rubble. It was the first of many unique camouflage images. 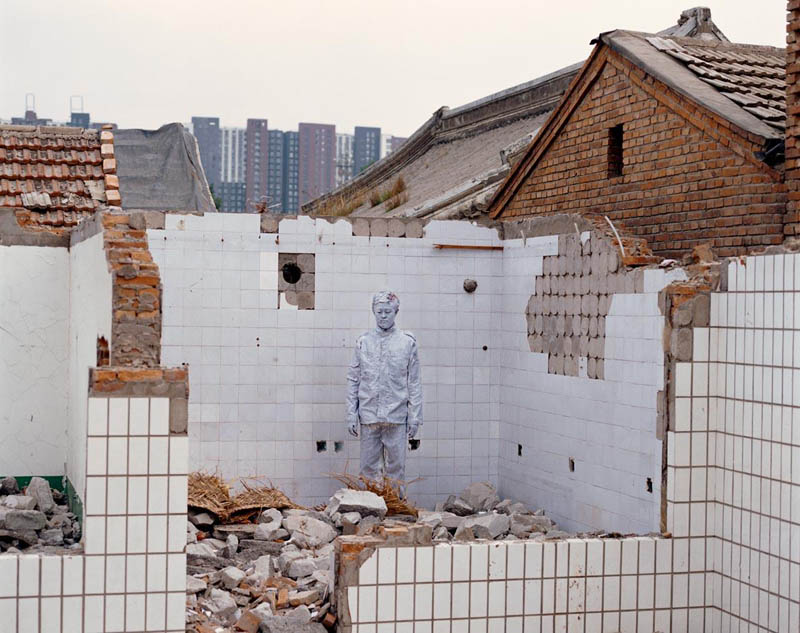 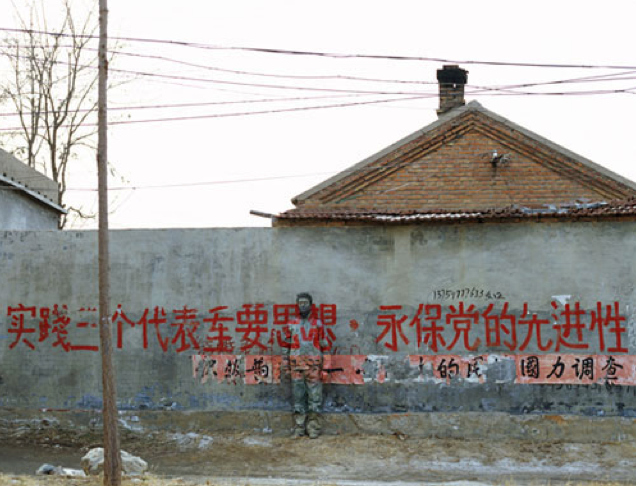 "Keep the Advancement of the Party" 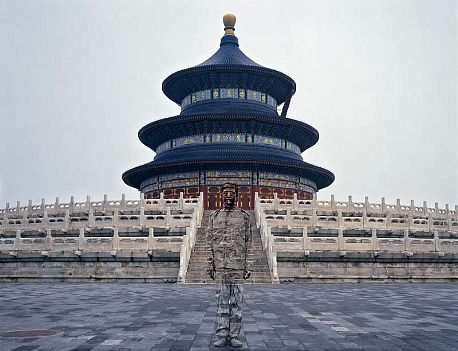 Bolin maintains that his art is a protest against the actions of the Chinese government, known for censoring artists. In his images of the city, Bolin might be invisible at first sight, but he is still there, absolutely present.

Bolin’s first "Hiding in the City" series expanded over the years into "Hiding in Italy," and this summer he is working on a project called "Hiding in New York." His photographs raise questions about Chinese national identity as well as relationships between human beings and the environment. Where do we belong, where do we feel at home, and where are we allowed to live and work? 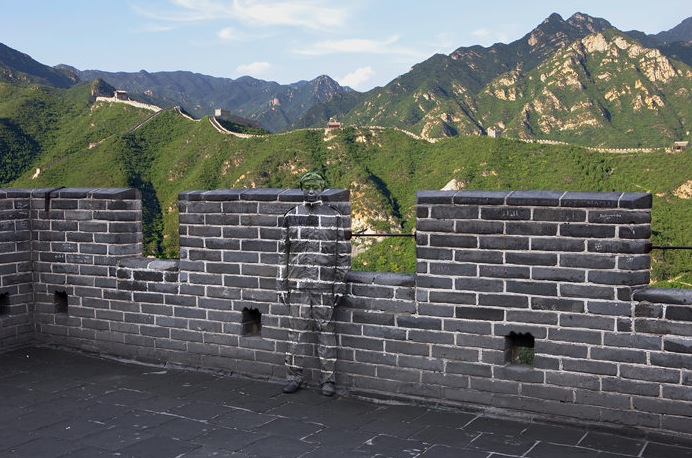 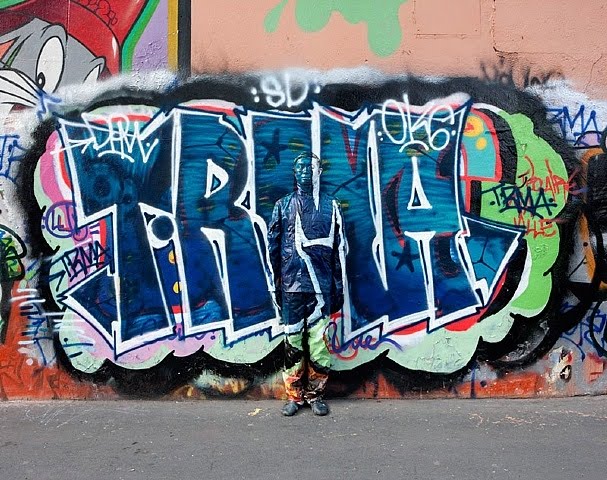 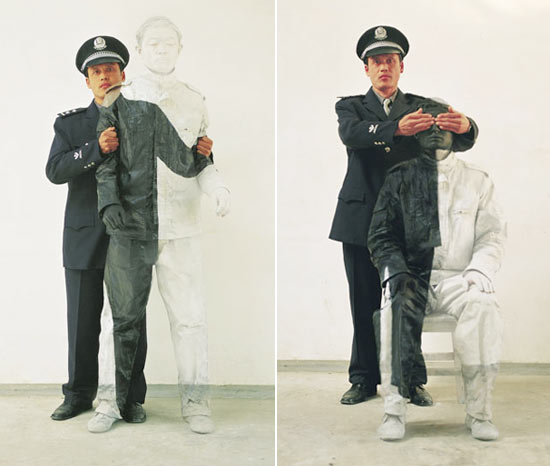 "Hiding in the City" is on view at Fotografiska in Stockholm until September 11, and at Eli Klein Fine Art in New York until August 28.