Mapping as Political Practice for Youth in Villa 31, Buenos Aires 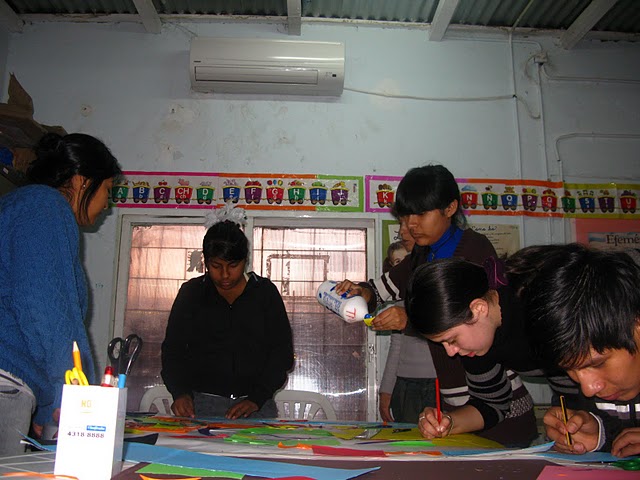 Youth from Villa 31 take part in a mapping and architecture workshop.

Youth from Villa 31, one of the largest informal settlements in Buenos Aires, have been expanding their conceptions of urban space and politics thanks in part to workshops facilitated by a dedicated group of practitioners. The group – four Ph.D. students in Political Science (Pablo Vitale), Architecture (Javier Samaniego), Geography (Marie-Noëlle Carre) and Sociology (Julia Ramos) – have regularly held mapping and architecture workshops here each weekend since 2010, using interactive exercises to conceptualize space from the micro to macro. 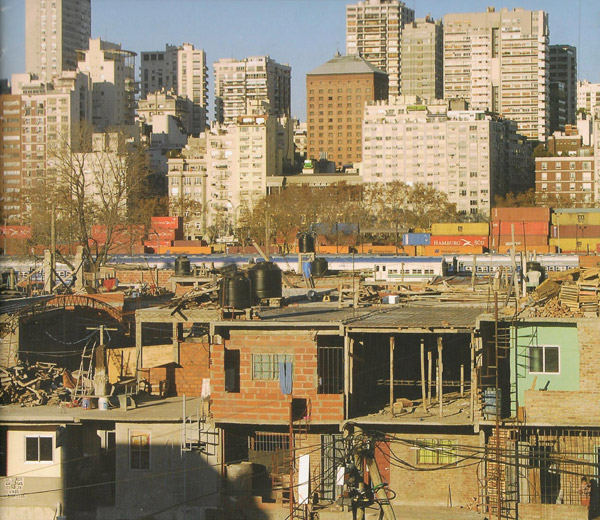 Villa 31, with Retiro's high-end apartments in the background.

Beginning their collaboration in 2007, the group initially wanted to map Villa 31 themselves, since the area appeared as an "empty" space on official city maps despite the 30,000 people living there. Located in Retiro, the transportation hub of Buenos Aires and one of the city's wealthiest areas, residents of Villa 31 have claimed this highly valuable space since the 1930's, despite many threats of eviction. In 2007, the right-wing city government was again seeking to eradicate the shantytown. While the group saw the mapping exercise as a way to document the presence and extent of the area, they realized the potential negative fall-out if the city government were to get its hands on such a map.

When the City of Buenos Aires adopted the Urbanization Law in 2009 in a move to formalize shantytowns across the city, the group decided to begin a pilot project to give local youth the skills to map the neighborhood themselves. They worked with youth involved in photography workshops that one member had run in Villa 31 for over a decade and drew on another member's experience doing mapping exercise with street children.

The pilots were very popular, and the workshop has been offered regularly since last year. The workshops use the coordinator's interests as a framework but are also adapted to the needs and interests of the youth participants. Activities include training in architectural drawing techniques; photographic documentation of routes in Villa 31; dissecting the uses of various blocks in the neighborhood; understanding designs and patterns in the physical form of cities around the world; mapping functions and needs of a city; and undertaking a diagnostic of the neighborhood. The overarching aim is to have fun with architecture and urbanism and bring basic urban concepts into the daily life of youth in Villa 31. 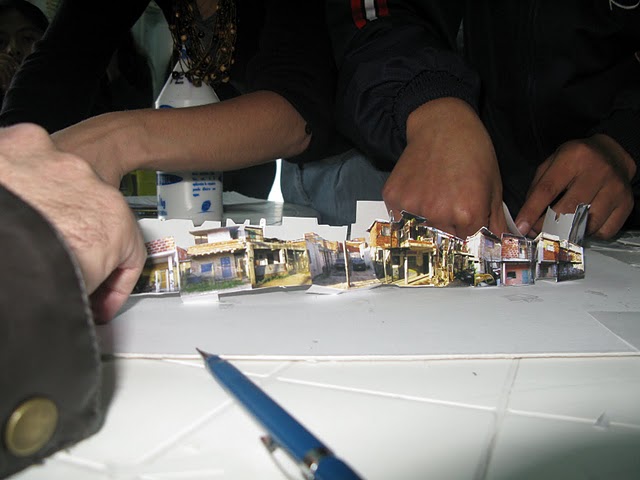 Model built as part of a neighborhood diagnosis workshop activity. 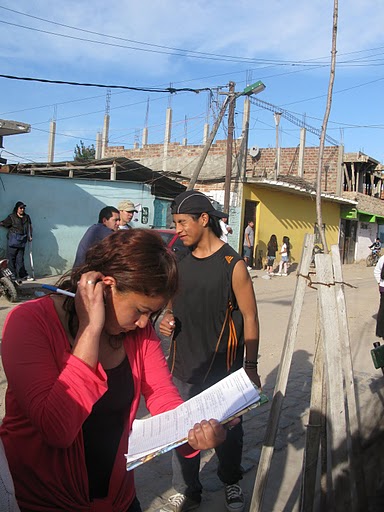 A workshop participant conducting a survey as part of the neighborhood diagnosis.

Within the context of having fun, the reality of mapping and architecture as political tools becomes clear. Workshop participants are now moving beyond Villa 31 to map Buenos Aires, identifying key landmarks and monuments in the city and understanding Villa 31’s relationship to the city in order to generate bridges. When the youth, some of whom have never been outside Villa 31, reflect on the larger city space, they will begin to think about how to portray their own neighborhood, how to speak about it as a totality or in parts, what the main points of interest are, and how it is inhabited. An exhibition later this year will explore how youth are thinking of space through their stories and the routes they took. Next, the coordinators envision that youth will make their mark through interventions in public spaces in Villa 31. 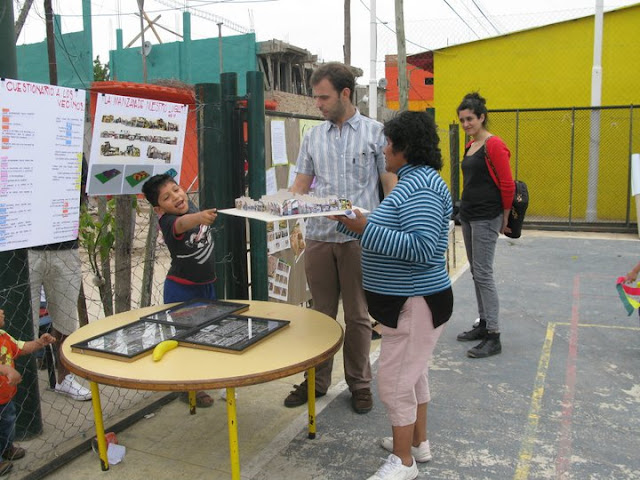 Pablo Vitale working with Villa 31 residents on an exposition of neighborhood diagnostic results.


As youth do not have a formal voice or vote on the Urbanization Law or other political processes under way in Villa 31, these activities offer them an avenue to explore their role and illustrate their vision for the place they live. The coordinating group seeks to show youth that they can have a voice and an impact - and later help peers in other informal settlements do the same.