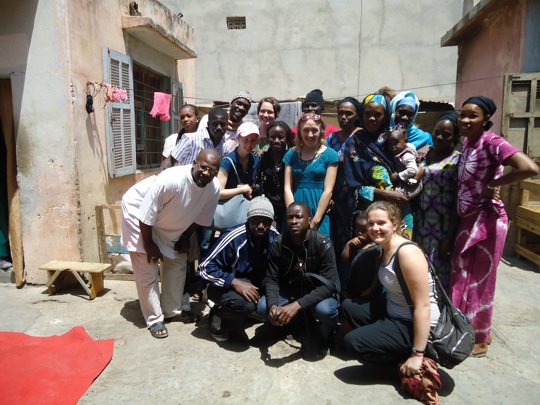 Melanie Friedrichs with members of Wa Nak Jariioo, in the neighborhood of Grand Dakar, in Dakar, Senegal.

For years, the majority of first-world academics, politicians, and practitioners have viewed economic development as a two-stage process. When a country or region is too poor to help itself, offer aid: start schools, open clinics, build infrastructure to facilitate basic trade and communication, and do it all for free. After the place has been spoon-fed on first-world donations for a few years, see if it can walk. Stop aid, cut NGO services, and treat it like an adult — a fully capable (and competitive) member of the global economy.

Unfortunately, places — like people — don’t grow from babies directly into adults. Few, if any, countries have ever leapt from aid to independence, and some, as author Dambisa Moyo claims in “Dead Aid,” are economically stunted by too many free goods and services. Social enterprise could be an intermediate step, a driver of development that could bridge the gulf between aid and industry.

This definition is one of many. Like the term “green,” social enterprise has been applied to or appropriated by groups of incredible diversity. Usually, it refers to organizations that mix money-making and social impact, two poles on a wide scale that encompasses everything from Girl Scouts selling cookies to the Goldman Sachs Charitable Gift Fund. An important faction maintains that the term can apply to any innovative solution to a social problem.

The spectrum of social enterprise ... according to some definitions.

Social enterprise can be glamorous. Some of the most prominent players in the field are boutique consulting and venture capital firms that focus exclusively on non-profits, whose employees enjoy the comfort of air-conditioned, well-connected offices in New York or London as well as the self-satisfaction of serving the greater good. These firms, like Social Finance, New Profit, or the IGNIA fund, focus on improving the “social return on investment” — making every last dollar of donor money count. These firms are making an impact, directly on their clients and indirectly on the non-profit sector, by contributing to new standards of accountability and efficiency.

However, the greatest potential benefit of social enterprise may lie on the less glamorous side of the spectrum. There are thousands of small businesses that may never attract the attention of big-shot funders or employ more than five people, but that nonetheless marry social mindfulness with real income, employment, and economic development. Most of these micro-enterprises can’t make it without some donations, but unlike charities, their earned-income strategies grow or maintain the donor dollar while creating what every economy needs: new business. 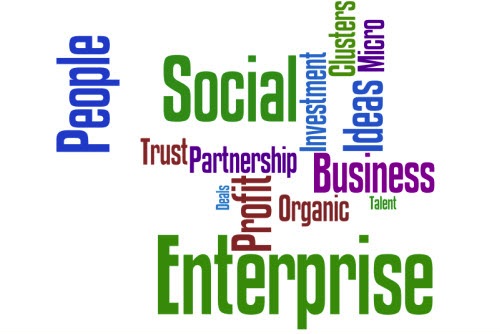 In the developed world, micro social enterprises have some established streams of funding and support. For example, SVPRI runs an eight-week incubator program to launch and grow micro social enterprises. When they start, most enterprises are just a lone entrepreneur with an idea: a bike shop involved in the community (Recycle-a-Bike), a distributor for maternal health kits (Maternova), a catering business run out of a local soup kitchen (Amos House). The entrepreneurs are often unemployed individuals seeking to give back to their communities and also support themselves and their families.

SVPRI is not alone: a number of regional support centers for social enterprise exist, including Bull City Forward in Durham, North Carolina, The Unreasonable Institute in Boulder, Colorado, and the global network of local HUB centers for social innovation. Some traditional entrepreneurship promotion organizations, including college business programs, regional chambers of commerce, and local government business support centers, are starting to recognize and even actively support micro social enterprises, an early indicator of the sector’s acceptance in more traditional economic development strategies. 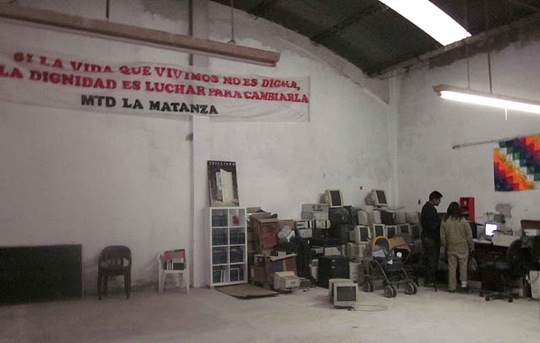 In the developing world, many businesses that fall under the umbrella of “social enterprise” do not brand themselves that way, either because they are unfamiliar with the term or because it carries no weight with their donors or customers. Unemployed Worker’s Movement La Matanza (MTDLM), a worker’s collaborative in the greater district of Buenos Aires (see Melissa García Lamarca’s post), operates several businesses that help support the organization financially and employ members. But the organization grew out of a political movement and articulates its mission and goals using language far removed from the social enterprise movement.

The Salaam Balak Trust, a shelter for street children with branches in Mumbai and Delhi, gives tours of Delhi’s old city to visiting tourists for 200 Rupees ($4) a head, a strategy that provides older street children with work experience, makes money, and attracts donations and volunteers to the organization. However, the organization also sees little benefit in claiming the title of social enterprise.

The Logo of Wa Nak Jariioo, painted on a wall outside of the organization’s headquarters.

Other businesses, like those in the portfolio of the Acumen Fund, have found the appellation a useful link to reserves of foreign funding. However, neither MTDLM, Salaam Balak Trust, nor the 44 social enterprises funded by Acumen can rightfully be called “micro.” In the developing world, most micro social enterprises fall completely off the map. In Dakar, Senegal, I met with a neighborhood group called Wa Nak Jariinoo, a Wolof phrase that roughly translates as “Do Your Own Work.”  The group had opened an Internet cafe a few years ago with a local government grant and ran a street-cleaning event that employed local youth. By the time I met with them, the cafe was down to its last working computer, and the clean-up day had gotten smaller and less frequent. Without support or funding beyond that first grant, Wa Nak Jariinoo was going under.

Like all small businesses, social enterprises need seed funding, and sometimes they need a little extra help along the way. This small slice of the international aid pie is a small price to pay in return for a phenomenon that holds the potential for real, sustainable economic development.

Credits: Photos of the group and the Wa Nak Jariinoo logo from Catherine Anderson Flint. Social enterprise spectrum diagram from Chris Rodenbaugh. Graphic of “Business with a Social Purpose” from Geoff Riley. Photo of MDTLM by Melissa García Lamarca.