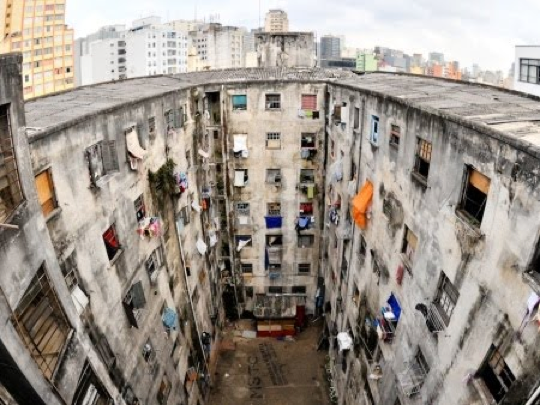 Brazil has become known for innovative urban initiatives, including the noted 2001 Statute of the City, which aimed to affirm the social purpose of space and property and social control of land and development. São Paulo was a pioneer in using the powers granted by this groundbreaking law, becoming the first major city to integrate urban instruments from the statute into its master plan. Promulgated in 2002, the plan designated specific urban areas as “Zonas Especiais de Interesse Social” (ZEIS, or Zones of Special Social Interest), which included some of the city's poorest areas.

Some of the ZEISs were located in São Paulo's 13 central districts. These well-located and transportation-rich neighborhoods suffered from abandonment during the past three decades, as de-industrialization impoverished the working classes, and the middle and upper classes abandoned the areas for newer parts of the city. Many buildings were squatted, as the poor struggled to hang on in one of the most expensive cities on the planet.

With pressure constantly mounting on environmentally sensitive areas at the edge of the metropolis, a core idea of the central ZEISs was to encourage public and private investment for financing quality social housing to attract new residents. ZEISs could be built up more densely than other areas in order to attract capital, but as part of the statute’s goals of improving social control over development, deep popular participation in the planning process was required. Over the past few years, real estate developers have become aware of the profit potential of these central districts, and investment is now pouring in beyond the borders of the ZEISs. 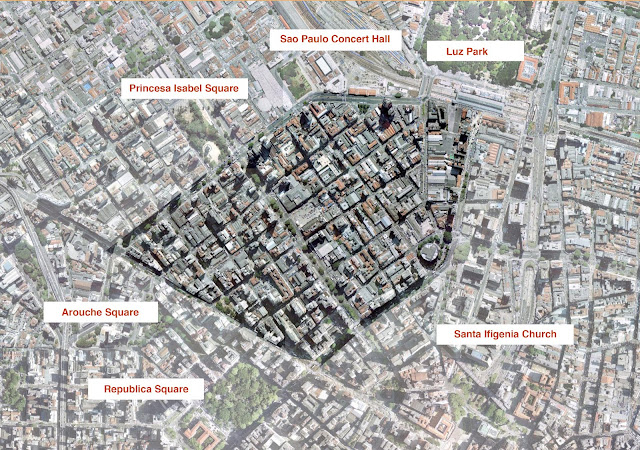 One of the most famous and grandiose projects in São Paulo is the city-led redevelopment of “Nova Luz.” The Nova Luz area is well connected to metropolitan transport services, including a new subway line, which — along with cultural spots such as the São Paulo Concert Hall — is part of a wave of public investments designed to spur interest in the area. Under a public-private partnership, the city is looking to "renovate" 45 blocks in the Luz and Santa Ifigênia neighborhoods, also in the name of “compact city” development to alleviate sprawl. To do so, the government is using "urban concession" — a legal instrument that allows the municipality to tender projects to private companies granted they serve a public purpose — to evict residents, demolish old buildings and build new ones. Only a single entity (or pool of companies) will implement the entire Nova Luz project, worth 750 million Brazilian real ($450 million), in five phases. One third of the area will disappear in order to make room for new apartment and office buildings. The Mauá Street occupation, a squat building home 253 families, is one of the buildings that will be demolished. 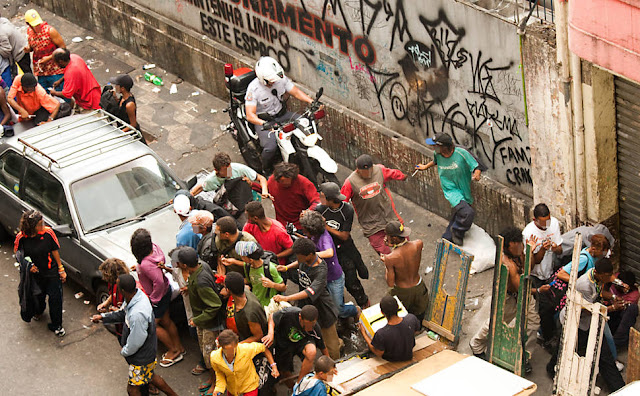 These blocks and its old buildings are places of popular business and have some of the highest population densities in central São Paulo. This is due mainly to the occupation of old, empty buildings by an organized housing movement, responsible for the squatting of 44 buildings to shelter more than nine thousand families since the 1990s. Some of the streets are occupied by hundreds of crack addicts, including many children, a fact that the media has exploited to label the neighborhood "crackland." This problem is used by the government to defend the Nova Luz intervention: In a recent joint operation named “Pain and Suffering,” state and municipal police forces pushed addicts out of the area. Many hostels and tenements are being closed for the same reason, without any solutions for housing affected families. 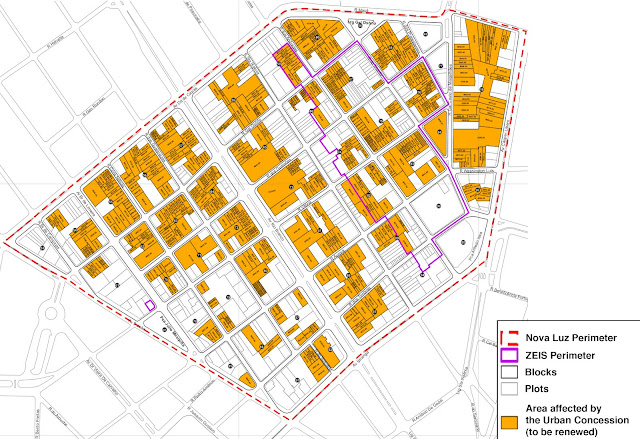 Nestled inside the Nova Luz perimeter is a ZEIS. According to the project guidelines, the ZEIS will be used to shelter part of the population evicted from the rest of area. Old buildings and squats will be demolished to clear the area for other (profitable) uses, while the ZEIS — restricted by law to social housing — will help mitigate the impact evictions. However, this scheme doesn’t guarantee that current low-income residents can remain. Many will not be able to afford or qualify for the new housing in the ZEIS. Moreover, many residents dependent on affordable rents are already being displaced, as rents rise in anticipation of the project. Activists and residents have even had to fight for their right to participate in the planning process, even though this is guaranteed by law.

Recently, some residents, local businesses, social housing activists and homeless representatives have come together around housing policy, common heritage, built environment quality, and drug and health policy. They founded a neighborhood association that is catalyzing collaborative initiatives, such as a workshop to inform residents about the five phases of the Nova Luz project, using different colored stickers to mark buildings that will be demolished. There have been some achievements, like the establishment of a ZEIS management council that forces the municipality to negotiate with residents, enhancing a culture of collaborative planning in the city. 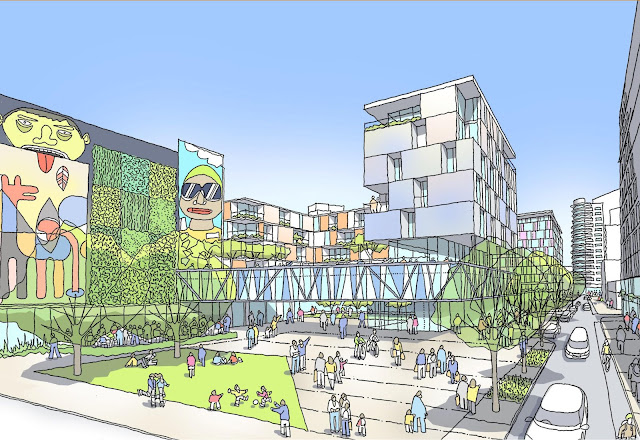 Nevertheless, the fact remains that the ZEIS is being used as a reservoir for the poor, a small island where a few will be allowed to stay while thousands more are evicted and displaced. Even worse, the ZEIS is being used to mitigate the impacts of a massive public-private redevelopment project and thus legitimate mass evictions, an issue that is becoming critical in Brazil's economic boom and redevelopment spurred by the 2014 World Cup and 2016 Olympics. The recent case of the Pinheirinho settlement is a strong example of this trend.

The City Statute and subsequent São Paolo Master Plan were seen as victories for the housing movement — a means to formulate projects that could change the face of exclusion by which Brazilian cities are known. But the city and state governments of São Paulo, and to a certain extent the federal government, seem to have chosen another way to build the future of our cities. This is a future in which evictions are increasingly part of “progress,” the social function of urban land is again made subservient to the demands of the wealthy, and the purpose of planning is to gentrify the core to the greatest extent possible.

This post is by Patricia Rodrigues Samora, a post-doctoral researcher at the Laboratory of Housing and Human Settlements in the Faculty of Architecture and Planning at the University of São Paulo, Brazil.