Rebuilding After the 2010 Earthquake in Haiti 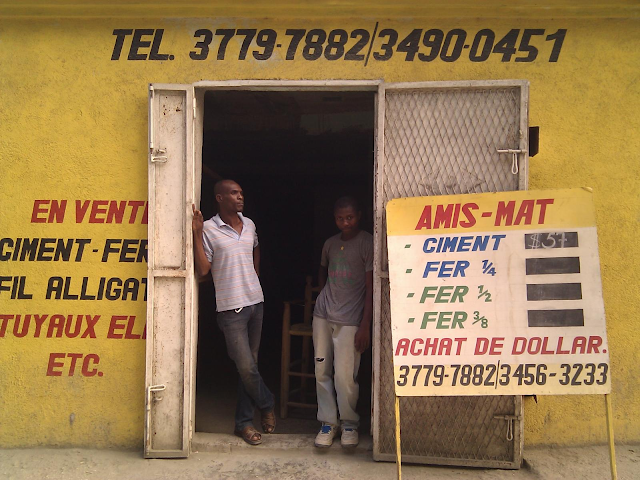 Last week marked the second anniversary of the 2010 earthquake in Haiti. The devastation — more than 315,000 people dead, 1.5 million people displaced, 10 million cubic meters of rubble — stunned the world and resulted in a messy, often uncoordinated, response. As a development finance professional, I have followed rehabilitation efforts there over the last two years: taking part in some, listening to stories from colleagues and friends in Haiti and watching building projects move from plans to reality in response to the crisis.

The U.S. Green Building Council (USGBC), with the architectural firm HOK and a local non-profit partner, are designing Project Haiti, an orphanage and children’s center that will be a LEED Platinum structure. The designs were released on the earthquake's two-year anniversary and will replace a school building destroyed in 2010. The building's ecological aspects – including natural ventilation; solar, wind and biofuel power generation; and safe water supply – are intended to contribute to a sustainable future for Haiti. Rick Fedrizzi, CEO of USGBC, explained in his article published in the Huffington Post last week that this was an effort “to show the children of Haiti that their lives are valued, they deserve to breathe clean air and they are cared about.” 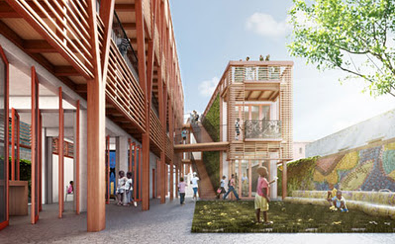 Architecture for Humanity has been on the ground since days after the earthquake hit in 2010. Their approach focuses on community engagement and participation in design, building and planning for the future. While they have led the rebuilding of four schools and three clinics and worked to develop community rebuilding plans, they have also gathered information from communities through mass surveys and trained residents in construction and planning to ensure that there is a cadre of Haitian construction experts leading the efforts. Community participation in the design of the Santo Community Development Plan. Source: Architecture for Humanity

The Haiti Rebuilding Center, which has grown to a team of 37 architects and local staff, focuses on coordinating rebuilding efforts, advocating for changes in building codes and planning laws and training local professionals and consumers. While Architecture for Humanity staff currently run the center, they plan to transfer ownership and management to an all-local team in the next five years. Their approach – which goes beyond constructing buildings or even training local leaders – works to increase access to finance for small businesses in the construction industry, change laws and develop entire communities.