Zaha Hadid Imagines the Architecture of 2012 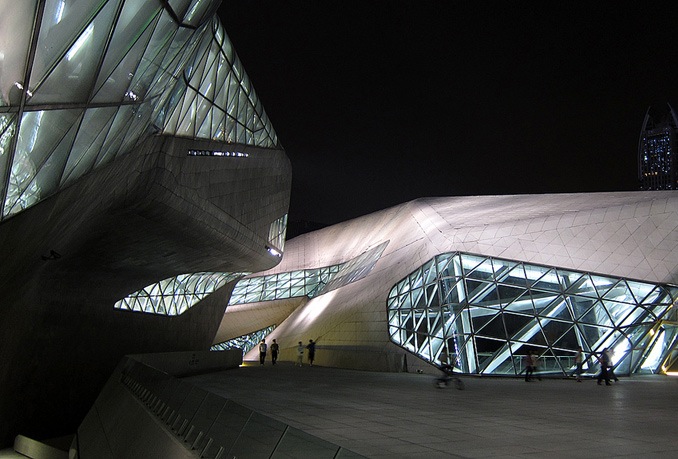 In looking forward to the coming year in architecture, Polis chose the top 10 architectural projects of 2011. Zaha Hadid’s Guangzhou Opera House (above) was selected for its contribution to the cultural and economic development of the region, as well as its striking design. Hadid has emerged in recent years as one of the world's leading architects and a truly global practitioner, working on projects from China to Spain to Singapore.

In 2007, The New Yorker hosted 2012: Stories from the Near Future, a conference in which a number of luminaries offered predictions for their fields. Hadid discussed the future of housing and public space, the meaning of global architecture and upcoming projects with Paul Goldberger, the magazine's architecture critic; the video is online here.