Changing Neighborhoods from the Inside and Outside 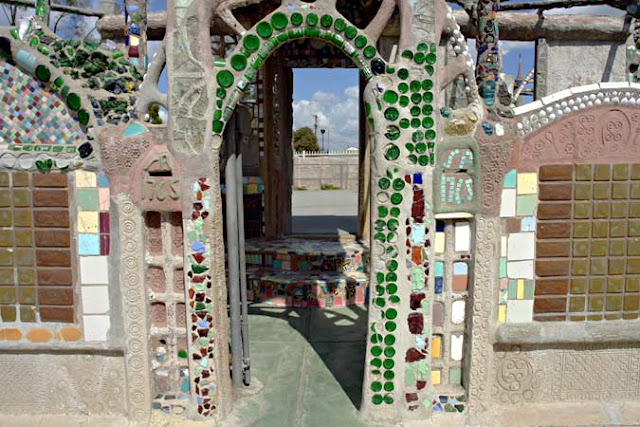 This post is about making places, from Watts Towers to attractive neighborhoods. It looks at different ways that artists participate, and whether they might help bring about an urban development that would make Christopher Alexander proud. 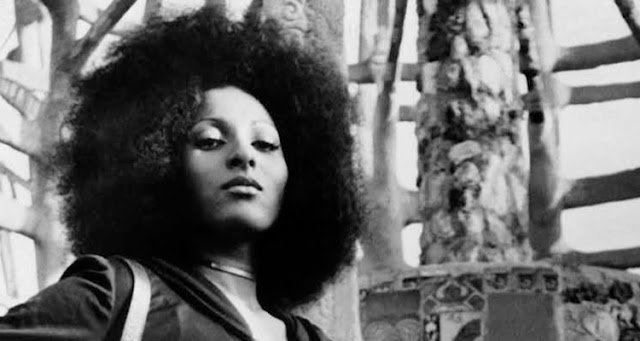 Sabato "Sam" Rodia worked consistently on the Watts Towers from 1921 to 1954 (Pam Grier appears above, but here is a nice photo of Rodia). His story is well known: emigrated from Italy, purchased a house in Watts on a triangular plot near the train tracks, worked evenings and weekends in his backyard combining rebar, concrete, glass, shells, mirrors, and ceramics into 17 sculptural forms, the tallest just over 99 feet. Rodia enjoyed visits from neighbors, and many weddings were held beneath the towers. He moved in 1954, and LA wasted little time in designating his masterpiece a historic landmark. It also earned him a place next to Bob Dylan in Sgt. Pepper's Lonely Hearts Club Band. 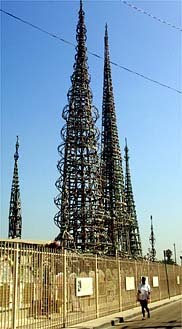 Although the towers attract visitors from around the world, they are surrounded by a metal barrier against the neighborhood's legendary violence.

Edgar Arceneaux has been leveraging his artistic fame to bring funding into Watts. He runs a nonprofit called the Watts House Project, which he calls “a collaborative artwork in the shape of a neighborhood redevelopment.” It connects local residents with international artists and architects, working together on renovations from basic repairs to murals, gardens, and porches. Arceneaux sees the collaborative process as an aesthetic experience. It has been compared with relational art, based on its "complex network of relationships among residents, artists, architects, patrons, and institutions” (Sharon Mizota, Artforum).

The works of Rodia and Arceneaux bring attention to the roles of artists in urban development. They are often unintentional catalysts for gentrification, making blighted areas attractive to investors. Some engage directly with neighborhoods through their work, involving local residents in the production of community-based art. This has been called "aesthetic evangelism” -- inherently reformist, usually short-term interventions that provide unsolicited services for free. Sometimes the results are wonderful, sometimes not. Either way, they remain with the community when artists move on. 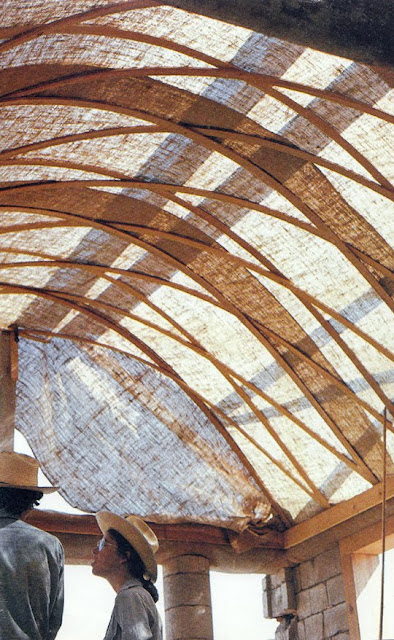 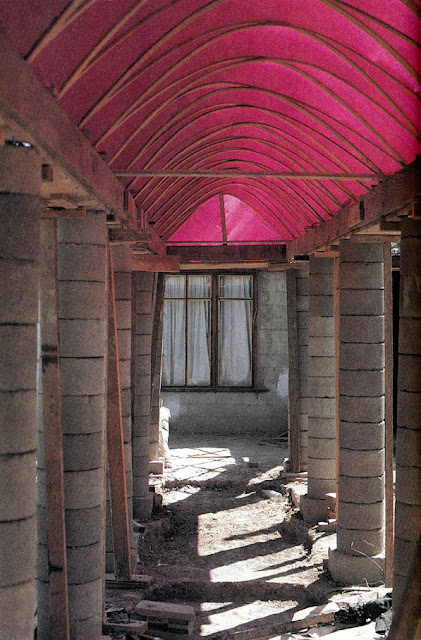 The Watts House Project calls to mind Chrisopher Alexander's ideas on community involvement in construction, architecture, and planning. While Rodia worked alone, Arceneaux brings together people from inside and outside the neighboorhood. On the other hand, he doesn't live in Watts. Is this a problem? We would have to ask residents and see the results of the project over time. Whether inside or out, in collaboration or not, it's impressive to see people transforming cities without a profit motive. We're all free to transform our environments, despite the challenges of finding time and resources. Rodia and Arceneaux show that it can be done.

Credits: Photo of a doorway at the base of Watts Towers from Wattstowers.us. Photo of Pam Grier from Impymalting.wordpress.com. Photo of the fence around the towers from Nytimes.com. Photos of the Mexicali Project scanned from The Production of Houses  by Christopher Alexander.