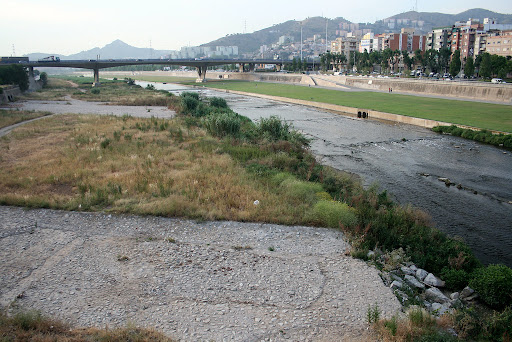 It was strange this week to hear words like "ineffective" and "stalled" used to describe something coming from Barcelona. For nearly 30 years the city has been known for its progressive agenda of urban 'acupuncture' and infrastructural interventions, a flexible but robust economy and responsive politics--all falling broadly under the banner of 'The Barcelona Model'. So while Barcelona has played host to a fruitless climate summit, it might be hoped that the city itself offered lessons to those visiting ministers intent on environmental responsibility.

To be sure, Barcelona's development is not immune to criticism. In recent years, the notion of 'progressive' planning strategies has given way to what Peter Rowe calls an "architectural connoisseurship", where predictable works by an (established) avant-garde litter the landscape like a collection of trophies. But before the current Baroque phase, the city was known first in the 1980's for small-scale interventions by home-grown architects intent on crystallizing a network of small public open spaces in the city. From there, Barcelona transitioned into an overhaul of its transportation infrastructure and renovation of key peripheral zones--both expanding the city and interconnecting it in the boom before the 1992 Olympic Games. It was in these years that a concept of infrastructural urbanism was used to describe the hybrid public space/public works that emerged. Looking beyond and between the starchitecture period that followed, a thread of sophisticated, sensitive proposals remains. An exciting example is found a short walk away from Herzog and De Meuron's Forum--at the unassuming Besòs River Park.

Aerial view of the park along the Besòs river.

Barcelona is bounded to the south-west and the north-east by the Llobregat and Besòs rivers, respectively. As part of the recent 'River to River Transformations', these two corridors have been incorporated into the urban identity of the city. The catchment of the Besòs is dominated by the typical Mediterranean cycle of a long dry spell punctuated by a short rainy season. The result is a river with typically weak flows (around three cubic meters per second), with a flood surge of around 1,500 cubic meters per second. In the aftermath of one particularly devastating flash-flood in 1962 that killed 500 people the river was canalized between concrete walls. The river was thereafter abused by the adjacent industries and ignored by the surrounding communities, which, despite a lack of green and open space, developed with their backs to the open-air storm drain that was the Besos river.

As a prominent economic center of the city was developed around the Forum/Diagonal Mar area, the city finally invested in opening up the concrete canal of the river and restoring its riparian qualities. The agenda for the river renewal demanded not only that the water quality be improved and flow extremes moderated, but also that the river should be woven back into the larger urban context. The resulting park proposal achieves both with minimal fuss, concentrating on performative green surfaces at the water's edge (for filtration, habitat, and infiltration) and gracious, multi-use edges along at the walled boundary connecting the urban and water levels.

Overview of the rubber dikes and bypasses flanked here with rough vegetation for pollutant mitigation during high flows. 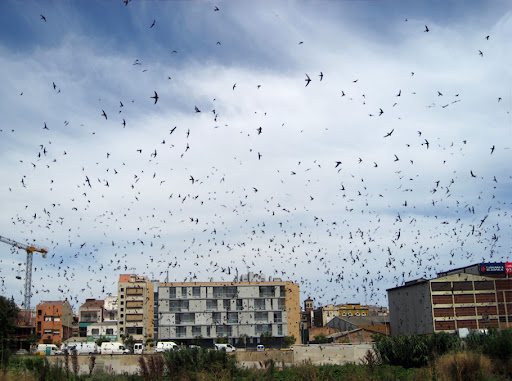 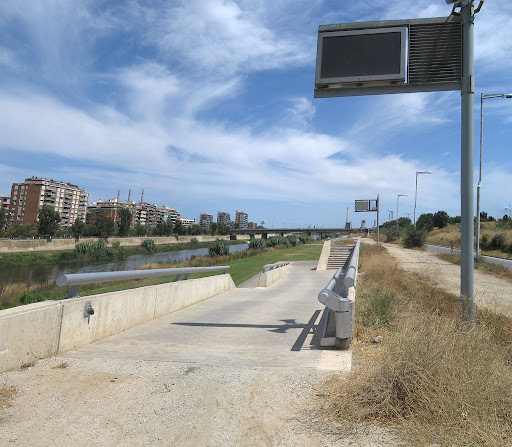 Ramp and stair access built into the old canal walls, with prominent alarm system framing every approach down.

The river is thus integrated into the larger systems of urban management and environmental stewardship. The designers have created a safe and accessible public realm that extends the open space options for the neighboring, largely poor, communities while maintaining a strategy of environmental improvement and flood mitigation. The resulting hybrid urban/natural system that emerges displays a commitment to creating culturally and ecologically rich experiences that is in-line with other large public works throughout Barcelona.

In cities around the world that are sprawling without purpose, or whose natural edges are creeping up to meet inflexible urban cores, there is still much to learn from Barcelona.