Permaculture is an approach to designing human settlements and agricultural systems that mimic the relationships found in natural ecologies. Permaculture is one of the activities that UN-HABITAT’s Cities and Climate Change Initiative is implementing in Esmeraldas, Ecuador, with support from Cuba’s Antonio Núñez Jiménez Foundation for Nature and Humanity. Through a pilot permaculture project, the programme is promoting resilient communities in the face of highly probable future food and energy crises and the collapse of water and sanitation services due to Climate Change in the city of Esmeraldas. The project tries to mimic Nature and its ecological cycle with the following components: urban agriculture and healthy food, rainwater harvesting, water recycling, solid waste recycling, and dry toilets. 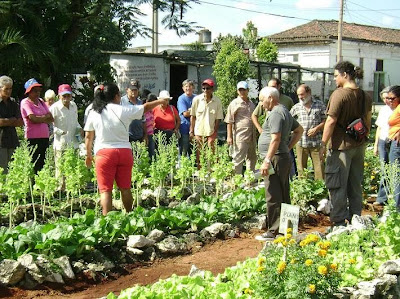 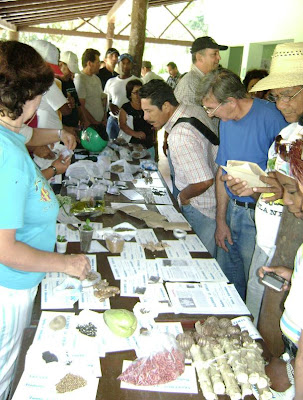 One if the most interesting features of the permaculture project is its pilot character, which aims at generating a new culture through long-term practice and self-built demonstrations. The first activities of this project were on urban agriculture, through which people from a poor neighbourhood learned to produce their own food in an organic manner and using only local seeds (avoiding dependency from large seed companies).

Now that people had their own well developed orchard, some months later, the project is helping those who volunteer to build their own dry toilet, which will be the source of natural fertilizers for their orchards. The first step in this task has been ensuring that people understand and are motivated with the permaculture cycle and the specific benefits of having a dry toilet instead of a flush toilet. One benefit, for instance, is that they will not be dependent on the city’s water services, which are already deficient and highly vulnerable to climate events. The project helps (purchasing material and providing technical assistance) only those who demonstrate enough motivation, and the toilet construction is done by the person with help from her/his neighbours.

Once the toilet is functioning, it will take about a year before seeing results, which is the time it takes for the storage and decomposition of the faeces. Urine, which is collected separately, will be used to balance the chemicals in the production of manure (either vegetal or faecal). Then comes the public event in which the family opens the toilet chamber and collects the manure, demonstrating in front of their neighbours that it is safe and odourless. Then the project offers more help to those motivated by the event. 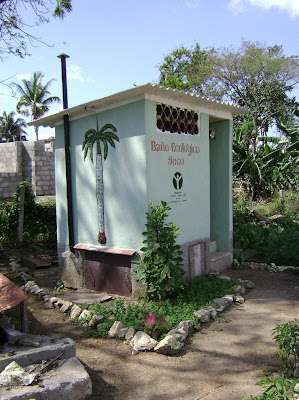 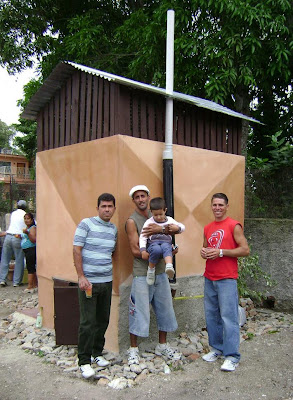 It is very important that dry toilets are built through such slow process and integrated into the permaculture cycle. In too many cases, NGOs and development agencies build all dry toilets at once because they want to show quick project results. Almost all of those toilets built in this manner become storage spaces or are simply abandoned, because of the lack of motivation and knowledge about its adequate use. 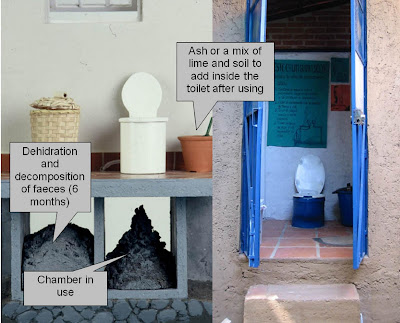 Dry toilets and permaculture can also be integrated into multi-story buildings, with examples in diverse places such as Germany and Ethiopia. Orchards can be placed on rooftops and backyards, and faeces and urine can be collected in centralized devices for decomposition and recycling. You can find interesting articles and presentations of experiences in different countries in the Dry Toilet 2009 Conference organized by Global Dry Toilet Association of Finland.