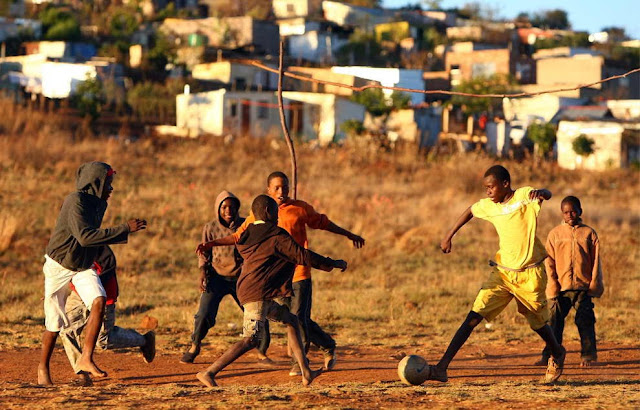 What promotes economic development in a city, or even a country? Can a soccer stadium revitalize a neighborhood? Can a soccer tournament help a city grow? What impact will the World Cup have on the growth of South Africa?

Most people agree that it is too soon to tell. There have been reports on the impact of preparing for the World Cup – since preparations began four years ago, they have contributed .5% and 2.2% to South African GDP and has created more than 300,000 jobs (2.7% contribution to employment, and some estimate job creation numbers as high as 700,000). There were articles about the economic impact on the GDP and the opportunities for small business owners and entrepreneurs, throughout the 9 host cities, in newspapers around the world. South Africa, and the 9 host cities, will benefit from the infrastructure projects such as improved highways and high-speed trains and foreign investment has increased. The social impact has been striking; as Thabo Mbeki said a few weeks ago, “This successful World Cup is a statement to ourselves that we have the capacity to change.” The 2010 World Cup involved 32 nations in 64 games and 10 new or renovated stadiums. There were many concerns leading up to the games, but South Africa successfully hosted the tournament with virtually no off-the-field issues (other than the debate over the vuvuzelas). While it won’t be clear for a while what the long-term impact of the World Cup is for South Africa and its cities, most agree that it had a strong social impact, bringing together a nation that has been divided for much of its history. As Mandela said in 1996, “Sport has the power to change the world. It has the power to inspire. It has the power to unite people in a way that little else does. It speaks to youth in a language they understand. Sport can create hope where once there was only despair.” 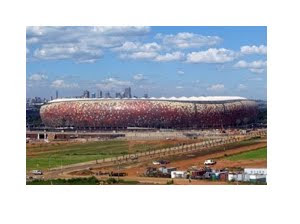 However, the country faces many challenges, including widespread poverty, high unemployment, which was more than 25% in 2010, and government debt now accounts for approximately 30% of GDP. High rates of crime and HIV/AIDS threaten the social stability of the country. Many raised objections to the cost of the tournament, and questioned whether the country could have spent the money more effectively on its people. Examples from around the world have shown that stadiums do not promote development in their surrounding neighborhoods. Rob Hughes, in the New York Times, asked the questions: Did crime just take a month long vacation? Or was reporting of it just less prevalent? And will the country be better off, worse off or just the same after the circus moves out?”

Credits: Image 1 of Children pursue the ball during a soccer game on June 23, 2009 in Erasmia, South Africa. from (Christof Koepsel/Bongarts/Getty Images), available at lolliptop.com. Image 2 of Soccer City.