Guns in the City 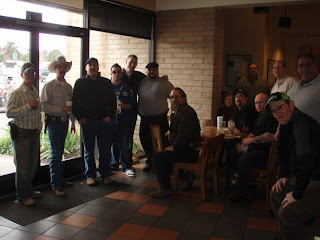 The men with cowboy hats and guns on their hips are not in a bar in Texas, but in a Starbucks in Pinole, California, 22 miles from San Francisco. They are members of East Bay Open Carry, one of a number of intertwined grassroots groups which have popped up in California to promote the currently existing right of citizens to carry unloaded firearms in public.

Unlike previous iterations of America's long standing fight over guns - think Bowling for Columbine meets Charleston Heston's "cold, dead hands" - this one is particularly urban. It is not about owning guns or shooting guns, but about carrying them where everyone can see them. And about getting together with your fellow advocates to make a political point in a public - often at a Starbucks, that potent symbol of blue state urbanism reconstituted for suburban consumption. 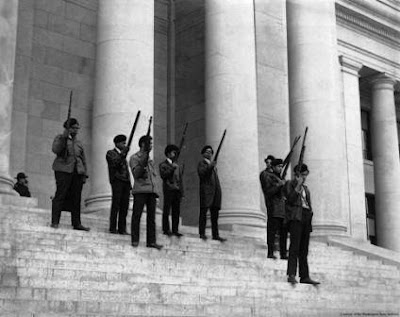 While their agenda spans gun-related issues across the board, their "movement" comes at the time when the US Supreme court has been actively striking down city-sponsored laws aimed at curbing handgun use in cities - first Washington, D.C, and more recently, Chicago. At a time when cities like my Oakland struggle with an epidemic of gun violence, their argument is that carrying guns out in public helps deter violence.

The sad irony is that the Open Carry movement was born in the wake of a 1967 reform of the California gun laws which outlawed the carrying of loaded weapons in public, but left the door open for the carrying unloaded weapons. The reform came not at the urging of the anti-gun lobby, but from the pen of then-Governor Ronald Reagan, in response to the armed march on Sacramento by the Black Panthers. The Panthers had armed themselves in response to violence in Oakland - at the hands of the Oakland Police. 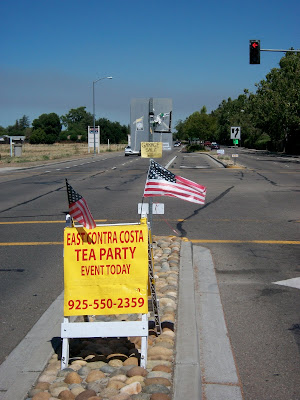 If the historical irony seems lost on many of the organizers, the potent symbol of urban and suburban displays of guns is not. But it is not their love of firearms which scares me, nor their theories of crime prevention. What frightens me as an urbanite and a progressive is their explicit links to the populist right in America, both its current incarnation in the Tea Parties and the older versions like the John Birch Society. As I sat quietly in the back of a Tea Party meeting this evening, listening to the Open Carry advocates make their case for an hour, it was hard to ignore the potent anti-Obama rhetoric, the language of conspiracy and anti-liberal foment, the anti-immigrant sentiment and the fetishization of Arizona. (In between calls to move to Arizona was one to boycott pro-immigrant and anti-gun San Francisco)

Joe Bageant, who grew up in the West Virginia hills where one would expect pro-gun politics, argues that we need to leave folks their guns so we can focus on more important issues like healthcare and social justice. Even though the logic seems a good one, it becomes hard to implement when you sense that the guy next to you in line at the Starbucks with a holstered Glock might also think your president is not an American, national health care is a conspiracy, and Arizona is a model of democracy.

Credits: Photo of men with guns from the East Bay Open Carry page on Facebook. Photo of the Black Panthers from Marginal Revolution. Photo of the East Contra Costa Tea Party sign by Alex Schafran.