Two new initiatives aimed at furthering an alternative and ecologically minded means of transportation — bicycling — are set to transform daily commutes and short journeys within London.  On July 30, a cycle hire scheme consisting of 6,000 bicycles for public use at 400 docking stations aims at building on the successful Vélib' Parisian model.  In addition a new "Cycle Superhighway" has already established two wide cycle lanes stretching from the fringes of London to the centre, and will establish 10 additional routes by 2015.  While the Superhighway is aimed at easing the daily commute for those already owning bicycles, the cycle hire scheme attracts those without bicycles to rent them for short journeys from one docking station to another, easing congestion on other means of transport. 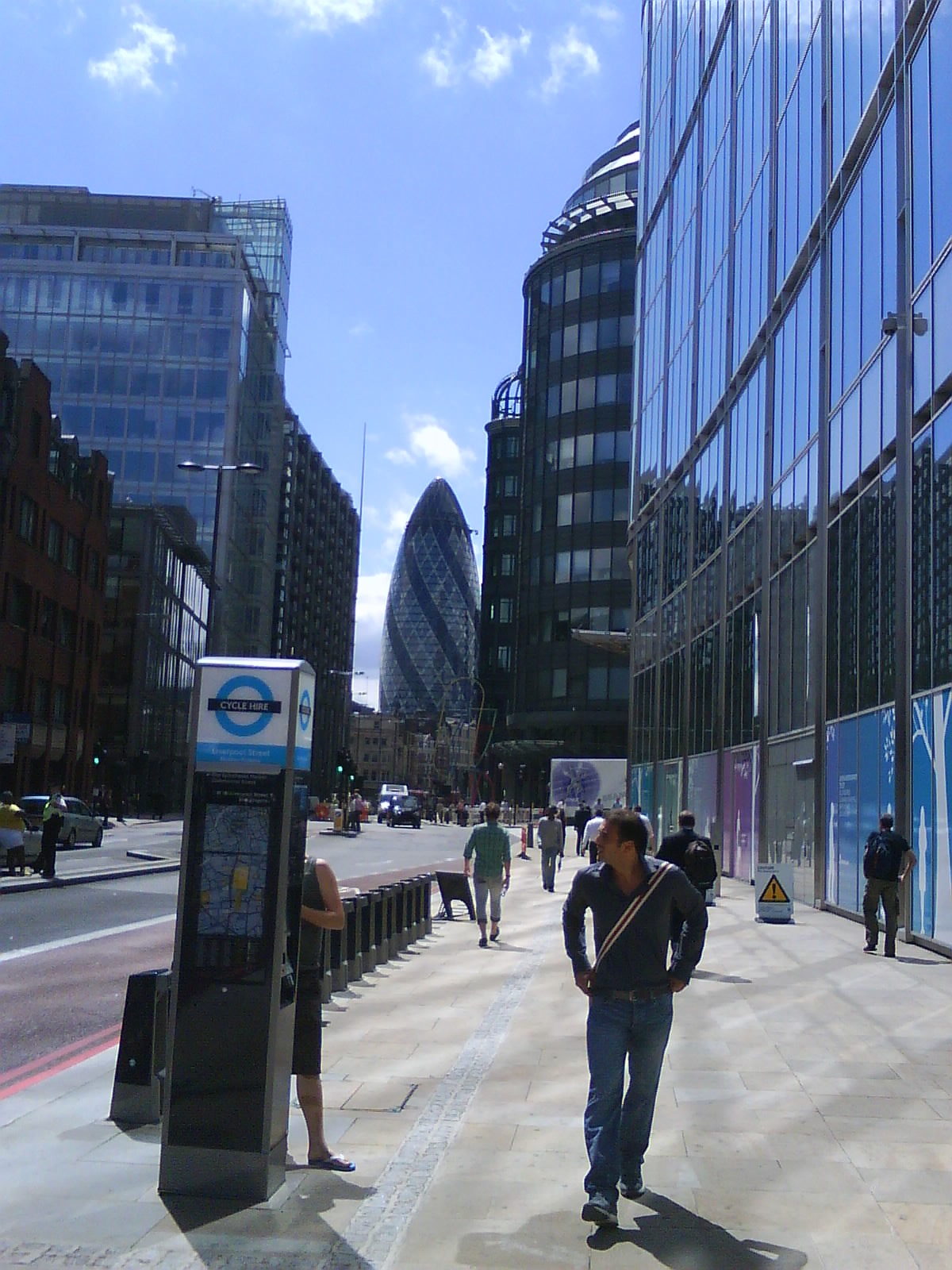 A new cycle docking station on Bishopsgate — one of 400 completed recently in Central London.

While it will be interesting to judge the success of the cycle hire scheme several months after its implementation, there is recent speculation that it may not live up to its precedents.  This kind of analysis fits into a wider framework of noting the elements that global cities share in common, as well as articulating the specifics of what they do not.  While lessons in transportation and urban development can certainly be circulated between different cities and urban contexts, putting a finger on the unique cultural habits, patterns of movement, and motivations in your city is what defines a truly appropriate project.  How does an intangible idea become adapted to tangible form in a new context? 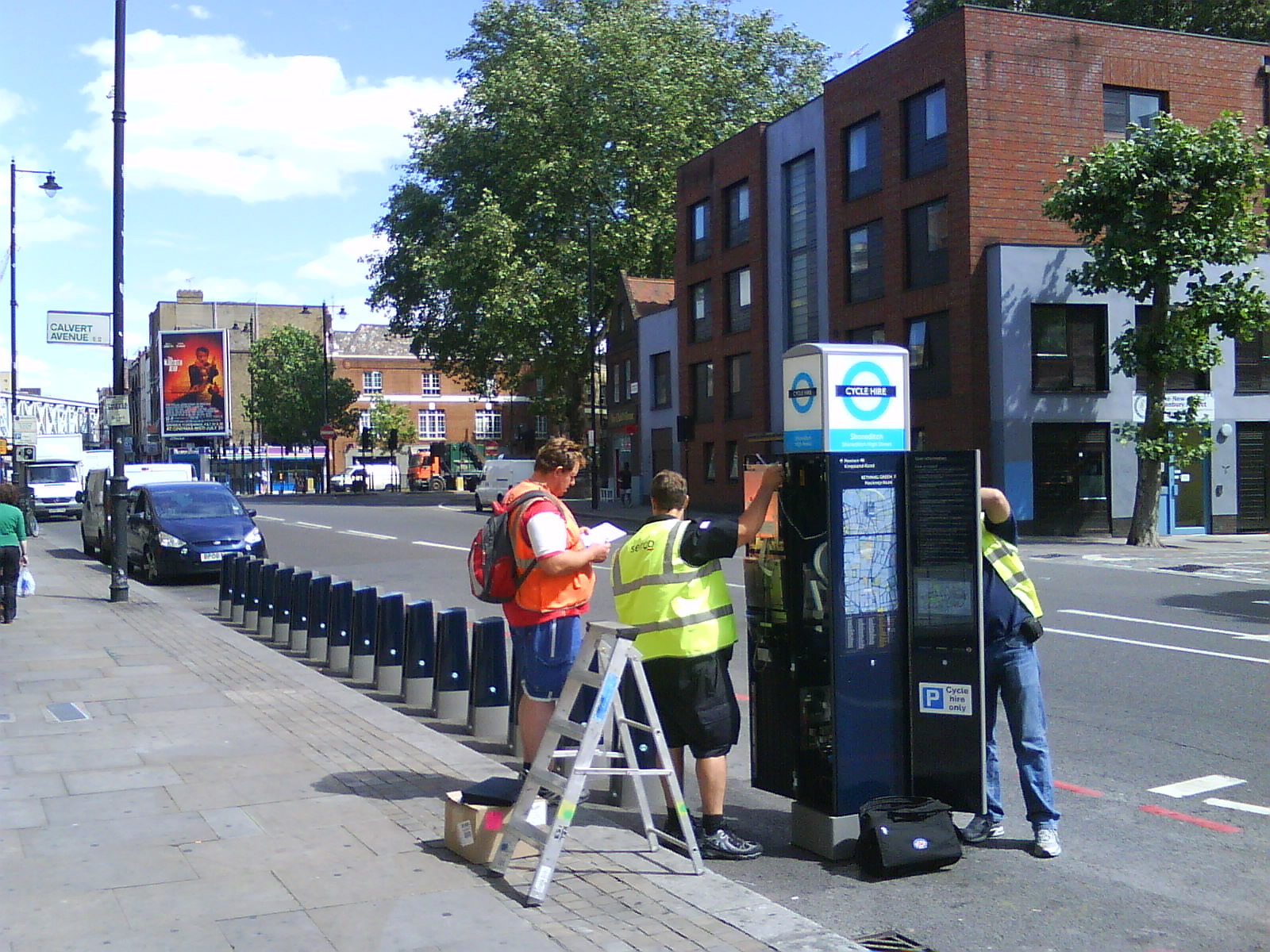 Furthermore, I am eager to see the parallel growth, and potential conflict, of cycling cultures in London. The recent rise of cycling cafés in vibrant and creative neighbourhoods is part of an emergent cycling revolution that ties into an embedded and associated culture of music, art, and food. While such bars and cafés were made possible by a critical mass of people within this subculture, the cycle hire scheme represents a top-down intervention that hopes to adjust the transportation habits of the general urban population. Unfortunately, the only current cultural association with this scheme is the large name of the sponsor, Barclays, written over the rear wheel. Will it be able to generate, through widespread use and social integration, its own identity and culture as a London institution?