I’m currently working in an international development programme called “Governance of the Water and Sanitation Sector in Ecuador within the Framework of the MDG.” In the coming months I'll be focusing my work in mainstreaming gender in the programme, with the aim of institutionalizing the impacts achieved in that respect. 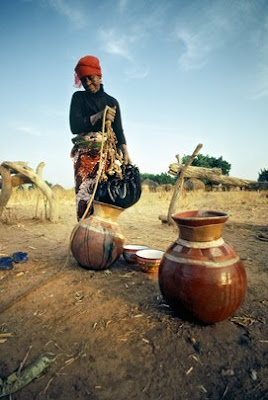 In my first post on this issue I described the relationship between gender and water and sanitation, and how important is dealing with gender relations when trying to sort out water and sanitation deficiencies. For those interested, I'll be writing in both Polis and MIT’s CoLab Radio about this experience, which I believe will be quite interesting and innovative.

Just to give you an introduction, we started the process of mainstreaming gender with the identification of women in the four provinces we are working in who are committed and active in their localities in promoting equal gender relations. We intend to make them key allies in the programme's implementation.

In my next post I’ll be describing some of the women that will be helping us in mainstreaming gender in the programme, and how I expect them to make a difference in the water and sanitation sector through the programme.

You can find out more about gender and water in the following links:

Credits: Image from the United Nations.