The water and sanitation (watsan) sector is traditionally seen as an engineering issue. Due to this narrow approach, projects too often do not meet the specific needs of the population or collapse shortly after they begin to operate. In many cases poor communities are simply excluded from watsan investments. The reasons for not meeting such needs, collapsing or being excluded is that infrastructure projects are planned, designed and constructed without an adequate participation of stakeholders, and governments and watsan operators are far from being capable of guaranteeing an adequate service provision. In short, investments are most likely to fail if the governance of the sector is not adequately addressed. 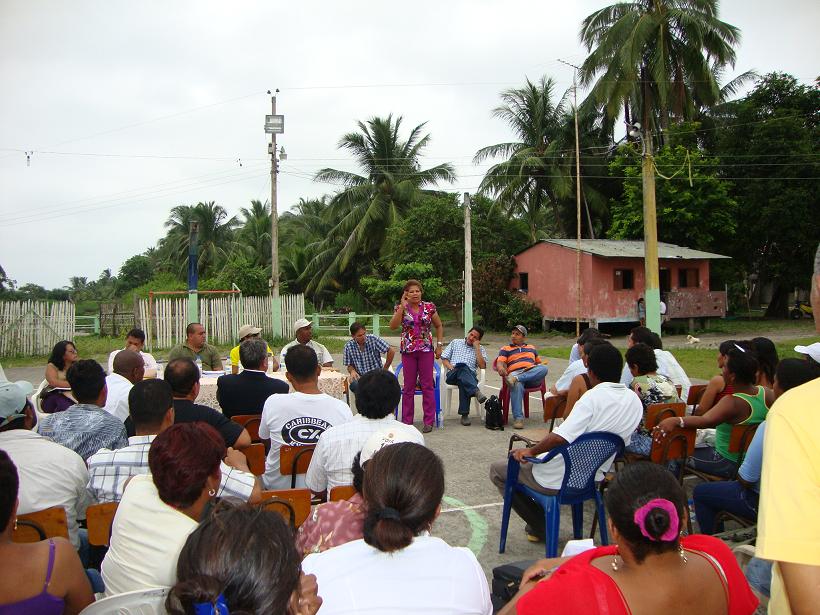 A local facilitator speaks with members of her community. Source: Jordi Sánchez-Cuenca

An intrinsic challenge to this approach is that governance of the watsan sector does not end at the community level. Poor communities and households are themselves weak in their governance: a few male usually dominate, imposing unfair roles and burdens to their household and community. The result of this, also due to the common understanding that engineering is a men’s discipline, is that women and children are not considered in decision making processes, from the household and the community to the professional and institutional levels. This situation demands a watsan approach that is intrinsically and explicitly gender sensitive. Indeed, there cannot be democratic governance and institutional strengthening without challenging unequal gender relations. This is particularly important in the watsan sector, but the approach can be extrapolated to any sector.

In order to mainstream gender in the watsan programme I am working in, we have selected sixteen women from the provinces and six national government staff who will participate in a capacity building workshop at the beginning of august.

You can find out more about these women and the programme’s gender strategy in CoLab Radio.