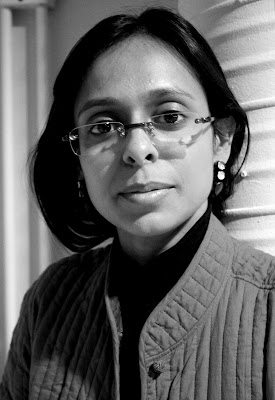 On December 3, 1984, deadly plumes of the gas methyl isocyanate began leaking out of a factory manufacturing pesticide shortly after midnight in Indian Bhopal. A quarter of a century later, employees of the Indian subsidiary of Union Carbide have been found guilty of "death by negligence" and "culpable homicide not amounting to murder" for their role in the Bhopal gas tragedy, which claimed more than 15,000 lives.

Recently, the Madhya Pradesh state government has also launched a new plan to clean up the abandoned factory site. But the survivors' groups say the report, which the plan is based on, plays down the toxic damage at the site. They also criticize the proposal of dismantling the plant, which they see as an important remnant of one of the most traumatic events in India's industrial history.

At the 2010 autumn meeting of the Swedish National Heritage Board polis met with Moulshri Joshi, founding partner of Space matters and assistant professor at the School of Planning and Architecture, New Delhi, to discuss the remembrance of the tragic events that happened in Bhopal. Space matters is chosen by the Madhya Pradesh state government to turn the site into a memorial. The firm is also the catalyst behind Bhopal2011: Requiem and Revitalization, an international students’ workshop and symposium to be held in Bhopal between 23 January and 4 February 2011.

Why is the development of the Bhopal plant such a pressing national concern?

In India it is a very new notion to look at this kind of site in terms of ‘legitimate heritage’–to look at failure. We have spoken of preserving a plant that killed so many people. It was considered an absurd idea then. We believe what will happen in Bhopal will affect the destiny of many other places and the kind of justice that will be set, from compensation levels to the memorial, and the responsibilities of the company. It will set an example of how India will deal with things like this in the course of globalization.

How would you characterize the current discourse surrounding the actual site?

One has been discussing the site in terms of humanitarian relief and sometimes environmental questions, but not as public memory. In India, something which is very old and very beautiful is seen as a heritage. Bhopal is an opportunity that could change that. We must reflect on which history we refer to, and what memory we construct from our collective past. The case so far has been used to create disconnections rather than to initiate dialogue. People are not allowed in, they are not permitted to confront this trauma in a physical way, to feel, to touch. That is why the memorial will be very special. 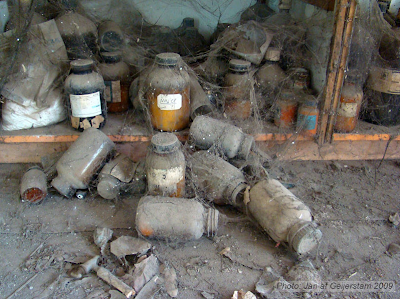 Your firm, Space matters, has been working on the memorial project for seven years. What have been the greatest challenges?

Initially we had a very tough time, being commissioned by the government and at the same time trying to communicate with the community and the activists. People already knew they did not want anything to do with the architects selected by the government. At the same time, our client–the state government–felt that the jury had selected semi-activists as architects. They did not realize that the process would be more important than the outcome.

The process of understanding that we had to preserve the plant is fundamentally far more path breaking than the technicalities of conservation itself. It demanded a series of discussions and dialogues, which had not been done before. Communication still takes most of our time and energy. I would say it has been the greatest challenge.

How did you engage with the community?

Mostly through to the victim and the survivor organizations. They have kept this discussion alive for 25 years. Eventually it boils down to working with different human natures, with different interests with different agendas and having them talk on one common ground. This is why I feel that our proposal–which is not designed as an ordinary architectural design but a master plan–is much better and pragmatic than to have a detailed, top-down architectural proposal. A master plan creates the possibility to bring all these people to one ground. 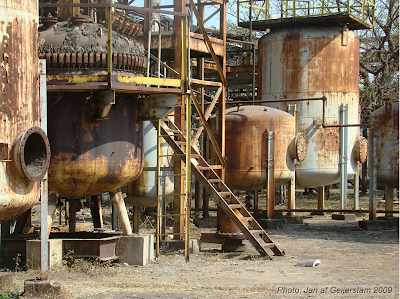 Where are you now in the process?

In one way nowhere, and not very far from 2005 when we launched the master plan, but in many ways we have gained acceptance for this proposal with all the different stakeholders. Now the Bhopal site is a part of the International Coalition for the Sites of Conscience. People are connecting with it internationally, in the sense of what will happen to its future. Now at least we have started talking and discussing.

What would be the worst possible outcome for the future?

I think the worst is status quo, when nothing happens, I mean in the physical sense. Because the contamination continues to go really far into the ground, into the water nearby, into the people’s bodies. Which is really the worst thing of all.

What do you hope for?

I am hoping that we will save the factory immediately. Right now it is falling apart, it will not stand more than two rains. It is really critical. The survival groups have approached UNESCO, and we have discussed even with the government the possibility of nominating the site as a World Heritage. This would bring both technical, financial and moral support.

The best would be to act as we speak. Because we have been fighting and speaking for so long. And a lot of the inaction comes from the fear of not having done this before. We really rarely cleaned up our mess after building a factory. And we will not know better until we act. 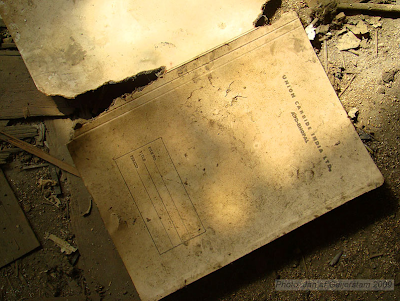 You are arranging Bhopal2011, an event where students and professionals from India, Nepal, Bangladesh, Indonesia, Japan, Singapore, Malasya, Sweden, Norway, US, UK, and Latvia will work on the site. What results do you hope this symposium will create?

I think it will put pressure on the government to act, and that will bring a lot of confidence in the community. Students from the fields of environment, architecture, design, planning and history will come to Bhopal and work on different areas. I believe it is a really good opportunity for the government to get workable ideas and a deeper understanding. They are also limited in how they understand and analyze this issue. We need international expertise in cleaning; we need international expertise in preserving the plant.

What do you wish to do with the plant itself?

Just arrest the decay, but not to reconstruct it, to save it as it is. The idea is that it remains as a sign of what we did and what we did not do. It is a bit like the Hiroshima Peace Memorial, where there are so many new buildings which are very special and great architecture and all that, but really what is the most moving part of the site is the building that survived the bomb and just remains decayed, but frozen. Nothing moves you more than to imagine that the whole city was gone and only this one structure stood. And this is why I think that the Union Carbide factory plant speaks so much. It should stay.

The past, the present and the future have to contribute to the idea of the memorial. It has to grow over time, and include people as the most important ingredient. The community of architects is extremely focused on the physical, to build something. But a grand monument is really the easiest notion to represent something very abstract. As architects, we must make place for people to go there and pay their respect. If we reclaim the soil Bhopal can become a role model for the whole country. It will be a space for contemplation, for people to come together, to protest, and to discuss.