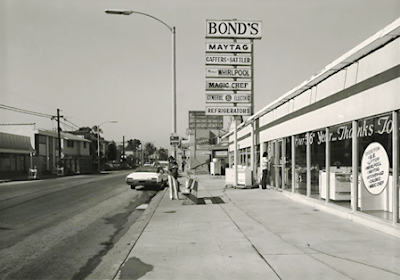 Some people ask, "What's so important or compelling about taking pictures of such unpleasant subjects like city dwellers?" . . . My work may be beautiful or it might not be, that just isn't what I am concerned with. I try to be open and face the city. . . . To me it's not unpleasant or unbeautiful, it's just life--which has to be threatening sometimes if it is going to be interesting." —Anthony Hernandez

Paris's newest photography venue, Le Bal, is tucked away down a passage just off the Place de Clichy. Like so much of Paris, it does an incredible imitation of Paris, as if everyone were actors in a great mis-en-scene, and you catch yourself checking your scarf in the mirror to see if you fit in. Their opening exhibit, Anonymes, L’Amérique sans nom: photographie et cinéma, is ironically an extremely candid if sparse view of the past half century of America and the attempts by photographers new and old, iconic and unknown, to capture a slice of American life. 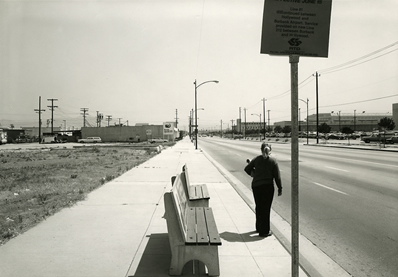 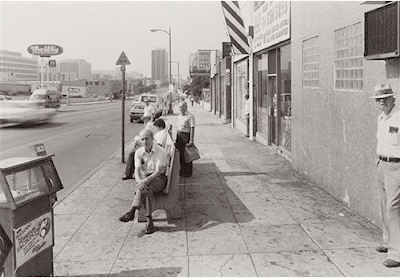 His images capture a slice of the race and class divides of Los Angeles, the largely ignored story of people who ride buses in the world's first true auto mecca. Captured alongside his riders are is a hint of Los Angeles' deep diversity, including snippets of what will soon be Koreatown, bits of Mike Davis's Fontana before the housing boom, a taste of the desolation that pockmarked Los Angeles before the condo booms and the current version of Los Angeles's long love affair with real-estate frenzies. 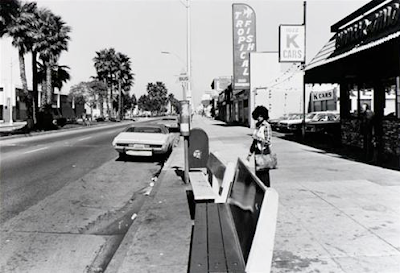 There is a quiet dignity in the simplicity of his black and white depictions, a dignity which does not mask but which makes the viewer work and think to see the bigger urban picture. Perhaps it is this work that is critical in avoiding the pitfalls of exploitative urban art — much like in cities, good work is a collaborative effort between the artist and viewer, or between the city and its citizen.

Credits: All images from Anthony Hernandez, originally published in Waiting, Sitting, Fishing, And Some Automobiles (los angeles, photographs of). These images culled from excellent photoblog posts on Hernandez - Horses Think, American Suburbs X, - and the JP Getty Museum, where the opening Hernandez quote comes from.