Urban Ecology at a Crossroads 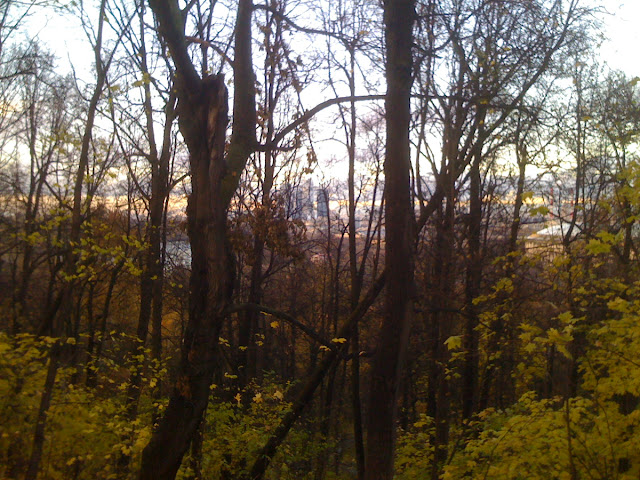 As closing post in the series on public parks in Moscow, this brings the discussion into the present day. With the recent change of mayors amidst a controversial plan for new development, this is a critical time in Moscow's history. I will discuss these events, as well as inspiring work taking place outside the halls of power. 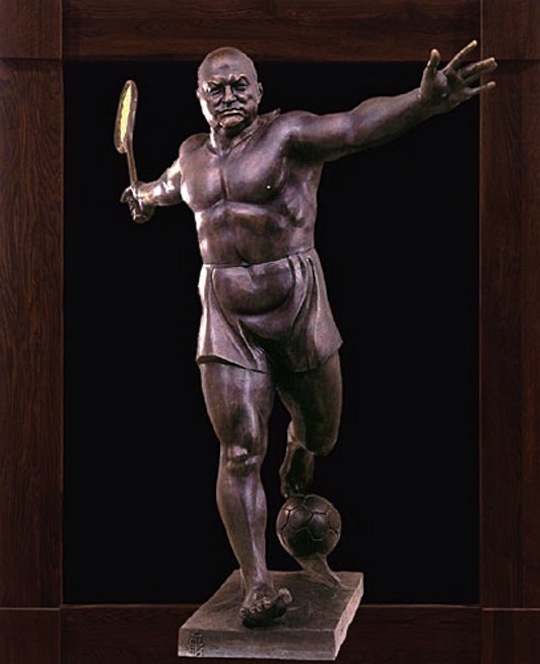 Moscow's Genplan 2025 was initiated under the administration of recently deposed mayor Yuri Luzhkov (above). If fully implemented, it would radically change the fabric of the city, repurposing industrial sites, upgrading housing stock, and increasing roadways. The Transitional Landscapes post includes a more detailed assessment of this plan. The reason for Lyzhkov's removal was "loss of confidence" based on longstanding problems with corruption (some in connection with his wife, a billionaire construction magnate), housing, pensions, health care, and traffic congestion. Although Luzhkov tried to address these problems, he became known more for skyscrapers and horrific sculptures by Zurab Tsereteli. 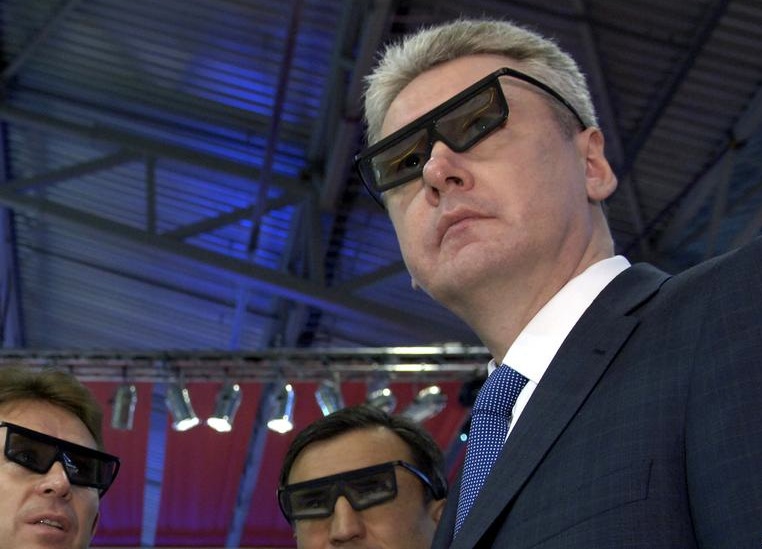 On October 15th, President Medvedev nominated Putin's chief of staff, Sergei Sobyanin (above), as Luzhkov's successor. Sobyanin was confirmed by the City Duma six days later, pledging to root out corruption and improve living conditions in the capital. Although he has expressed support for preserving architectural heritage and green space, his idea for a "green corridor" involves a series of traffic lights timed to reduce congestion. However, last week he announced an initiative to improve public parks. So it is still unclear whether his leadership signals a promising new direction in Moscow's development. Despite this uncertainty, impressive projects continue to unfold throughout the city. 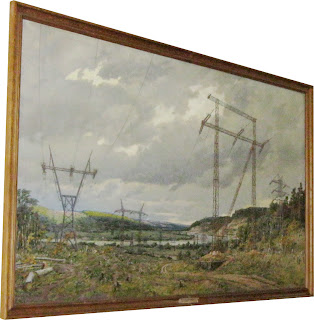 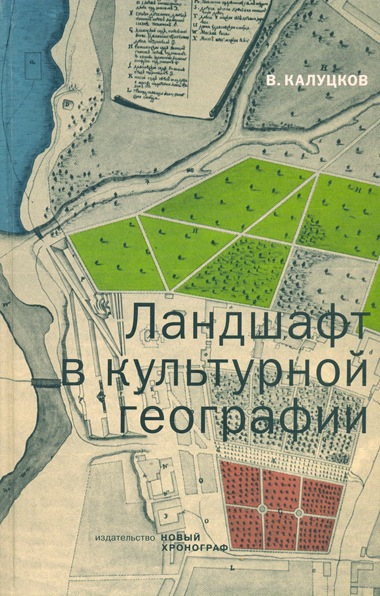 Vladimir Nikolaevich Kolutskov is a cultural geographer at Lomonosov Moscow State University (MSU). He is also affiliated with the Russian Research Institute of Cultural and Natural Heritage and the Russian Geographical Society. His research is based on the concept of landscape as a dynamic relationship between environments and inhabitants. The formal introduction of this idea among Russian geographers has been traced to Lev Semenovich Berg, whose perspective on regions, human influence, and change over time drew upon the work of German geographers Alfred Hettner and Otto Schlüter. Carl Sauer, of the Berkeley School, also drew upon these ideas in studying cultural geography and landscape morphology. Continuing in this tradition, Kalutskov hosts a seminar on cultural landscape every year at MSU, bringing together a diverse mix of people from around the world. These lines of thinking are well suited for the study of cities, based on a careful consideration of the built environment and the role of humans in ecological change. 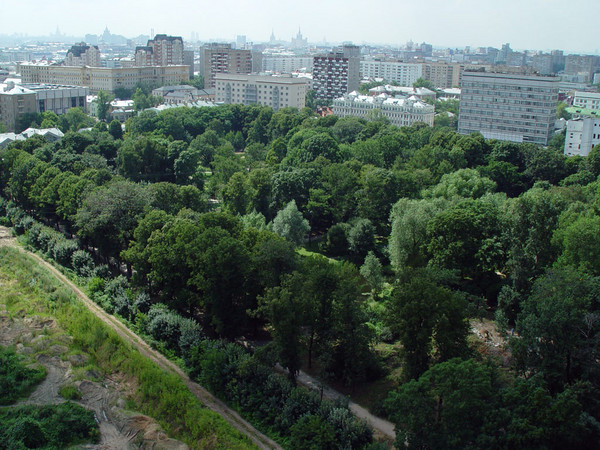 Researchers and practitioners at the MSU Botanical Garden work to promote healthy green space in Moscow. Emilia Pavlovna Nemchenko has written several books on ornamental plants in cities, and can be found almost every day in the garden with gloves and a shovel. She and her coworkers give tours for the public throughout the year. MSU also manages the popular Apothecaries' Garden (above, or a satellite view) near the city center. Surrounded by busy streets, it contains ponds, greenhouses, meandering paths, and an amazing range of labeled plants, all within a short walk of the Prospect Mira metro station.

At the Timiryazev State Museum of Biology, Sergey Feliksovich Hribar, Anton Pavlovich Ivanov, and Maria Vitalyevna Egorova are developing valuable research on urban ecosystems. They view city landscapes as important parts of the natural world, to be studied and optimized for public health. As part of this work, they've mobilized decentralized groups of citizens to build taxonomies of urban flora and fauna. Participants use GIS and the Internet to add data, plot-by-plot, to a gridded map of the city. The museum also offers excursions through a variety of urban ecosystems, as well as educational programs for kids. Anton showed me a fascinating map (above) by Yuri Nasimovich of the rivers hidden beneath Moscow. There is more information on these rivers here, here, and here. 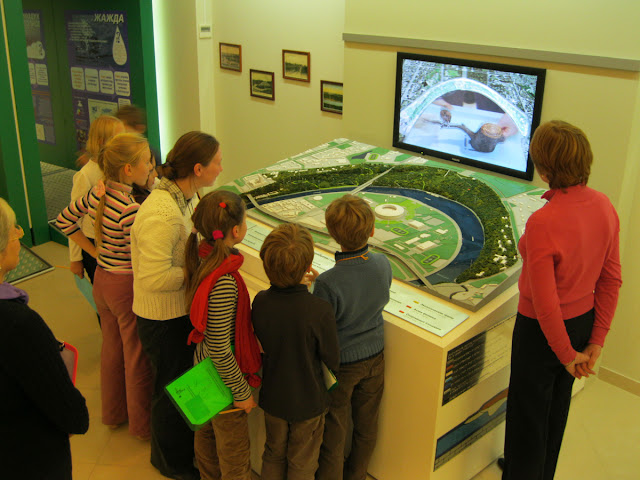 A new Ecocenter at the Sparrow Hills Nature Reserve (above) is designed to showcase practical information on ecological stewardship with an urban focus. It has outstanding interactive exhibits, including 3-D movies, multimedia games, puzzles, story archives, and historical photos. It is ready to open pending government approval. Ivan Levkovich-Maslyuk set up a wonderful tour of the center and reserve when I visited in October. He and his colleagues have been inviting groups of local children to test the exhibits. At the reserve, which follows the curve of the Moscow River, they have set up park benches, recycling units, flora/fauna identification displays, book kiosks, and an experimental wind-power generator (below). 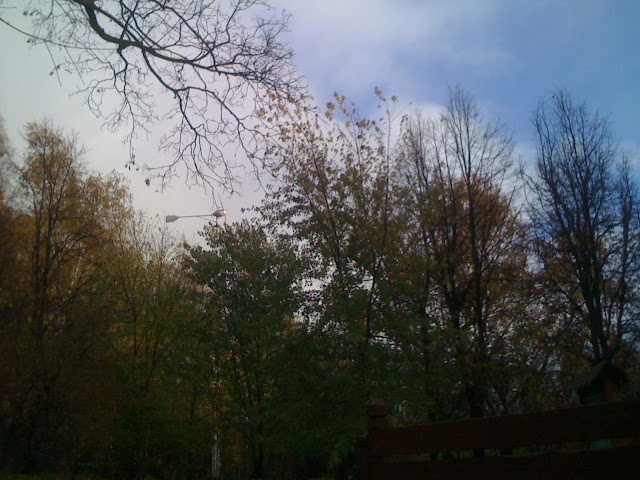 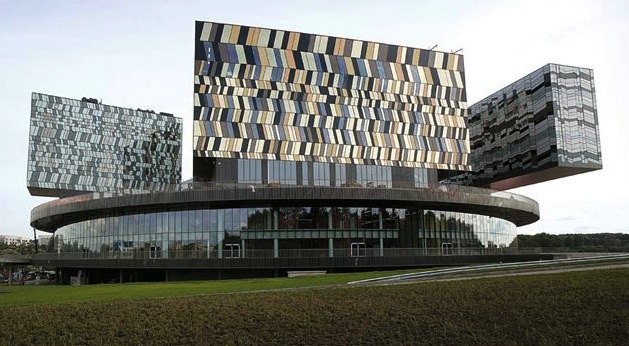 Preservation of Moscow's built environment has gained momentum in response to years of insensitive development under Luzhkov. There was a remarkable event on October 22nd, titled "Moscow: Economics of Reincarnation" (the acronym M:ER is the Russian word for mayor, reflecting a focus on new opportunities present in the change of leadership). It took place at the new Skolkovo School of Management, in a striking building (above) by David Adjaye. The nonprofit preservation group Arkhnadzor organized the event, with support from the Strelka Institute, Moscow That Is No More, the Moscow Architectural Preservation Society (MAPS), the Shchusev State Museum of Architecture, the Architecture of Russia information portal, and the Moscow Architectural Institute. It was a vibrant gathering of concerned citizens, with presentations by economists, philosophers, historians, entrepreneurs, journalists, and designers (including Rem Koolhaas via live video). Although I had to leave before the presentations began, I was impressed by the wellspring of support for preservation and responsible urban development. This will hopefully take precedence over short-term financial interests in guiding Sobyanin's decisions. At the same time, the event was clearly designed to make a business case for preservation. I'm not sure whether this is a sign of intelligent pragmatism or direct influence by powerful billionaires like Roman Abramovich. He apparently provided funding and land (next to "Oligarch Alley") for the business school, and his girlfriend spearheaded the successful conversion of Konstantin Melnikov's Bakhmetyevsky Garage into an art gallery. I know that preservation, research, botanical gardens, and museums are usually tied to wealthy patrons, but are there legitimate ways to unravel these ties and remain viable? 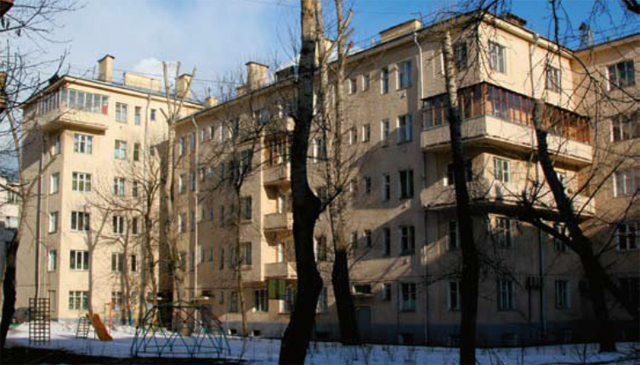 The 'Usachyovka' workers' settlement at 18 Yefremova Street, designed by M. Motylyov, A. Meshkov, and N. Shcherbakov, 1928-1934. According to Clementine Cecil, in Moscow Heritage at Crisis Point (p. 73), developers have labeled these buildings unfit for living (despite objections from residents) in hopes of using the land more profitably. Low-rise apartments with central courtyards are at risk throughout the city. 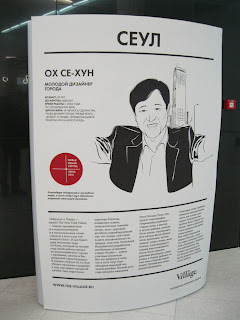 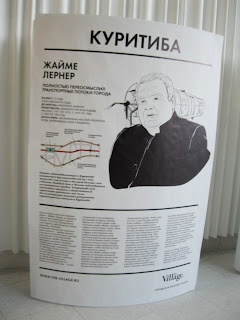 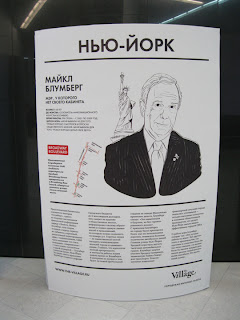 "Ten Prominent Mayors" exhibit at M:ER, sponsored by the Village. From left, Oh Se-hoon of Soul, Jaime Lerner of Curitiba, and Michael Bloomberg of New York.

In light of this series and recent visits to Russia, I've decided to adapt the focus of my research from parks to public green space. This can be grouped into greenbelts, parks of culture and rest, botanical gardens, promenades, and courtyards between apartment buildings. I will concentrate on the period of political and economic change between 1985 and 2005. Moscow is both an exemplar and a highly unique case of urban development in Russia, and it is probably best understood in relation to other cities. Ideally, I hope to compare the establishment, maintenance, and use of public green space in Moscow with the same metrics in Vladimir, Novosibirsk, and Vladivostok. The goal is to assess the long-term ecological effects of public versus private land management. As this series comes to an end, I encourage anyone to add things that I've missed. Thank you for giving me a reason to post information and images around this theme.

Credits: Photos by Peter Sigrist, unless linked to an outside source. The opening photo is a view of Moscow's International Business Center through the trees of Sparrow Hills.