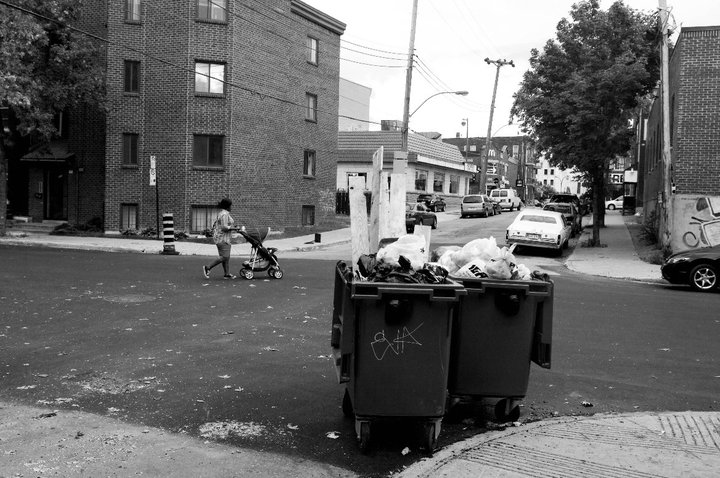 Located in southwest Montreal and the former industrial heart of Canada, St-Henri is a traditional working class neighbourhood undergoing major transformations at multiple scales. Filmmaker, writer, editor and educator Shannon Walsh is currently directing a documentary to make visible the usually invisible day-in-the-life of residents and processes in the neighbourhood. A technique called cinéma vérité was used this past 26 August as 14 filmmaker teams, led by some of the brightest talents in Quebec documentary cinema today, descended on St-Henri for 24 hours. This multiple, collaborative and collective exploration of the neighbourhood that will soon result in St-Henri, the 26th of August captures diverse stories woven together through the time of day, common physical locations and a few principal story lines. 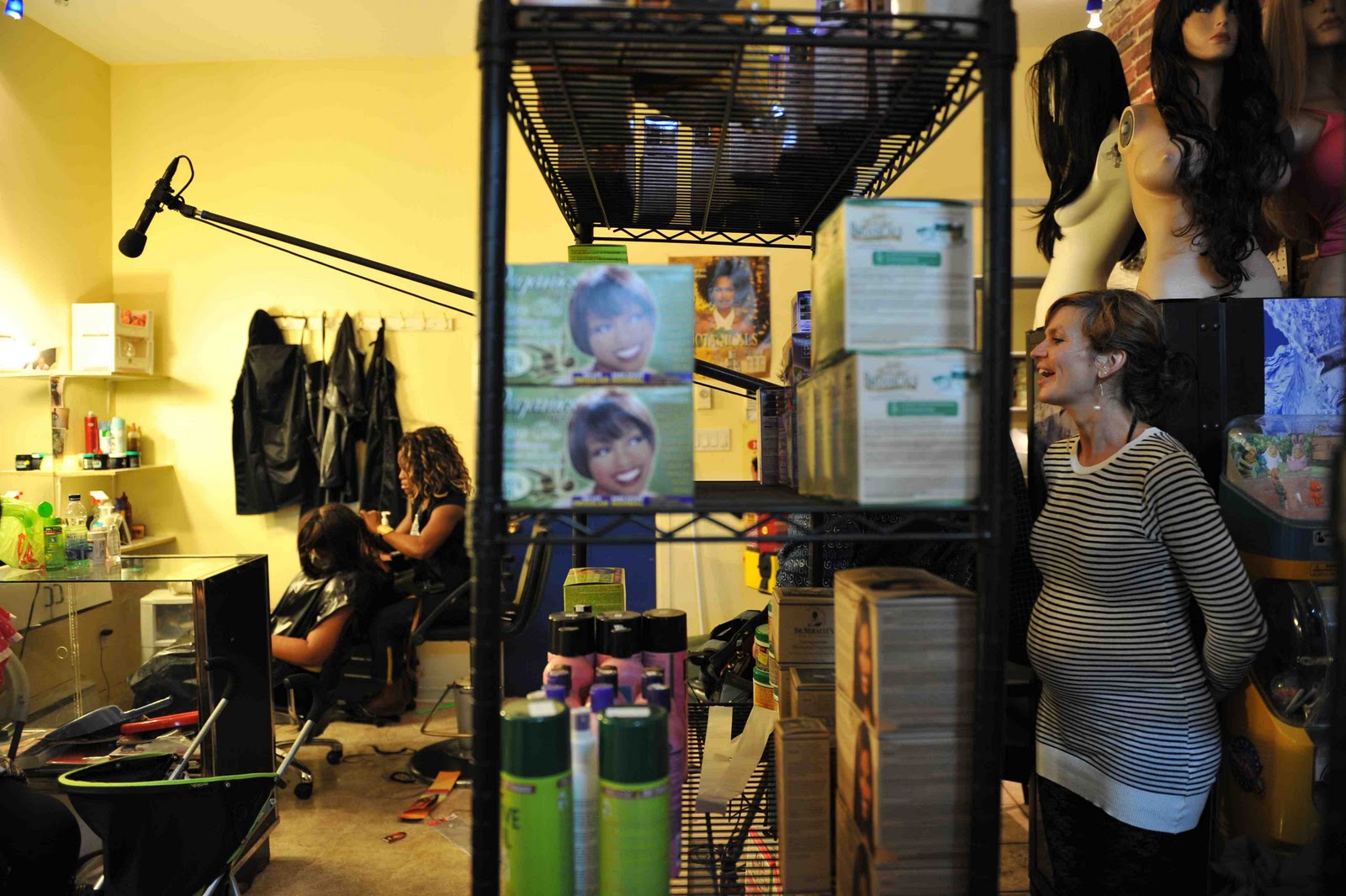 Shannon shared some insights on the philosophy and approach of her film’s exploration of St-Henri and broader neighbourhood transformations with Polis.

What was the guiding philosophy behind St-Henri, the 26th of August?

The film came out of a longer collective theorisation on territory that we’re still working on through informal political discussions happening in different spaces. I think it’s also influenced by a lot of the theorising coming out of France, such as Tiqqun, de Certeau and Lefebvre. What are the foundational structures of what we want to build towards? It seems like 'emergency' activism not grounded in the everyday particularities of a given territory has been largely evacuated of meaning, floating, and insubstantial.

Apart from these collective discussions and writings, we also wanted to see how people are living. We have a lot of ideas about what is going on in a neighbourhood or inner city, and a lot of assumptions about how people construct their social space that are not necessarily grounded in everyday reality. We live in so many isolated bubbles that don’t communicate. It was about exploring this, collectively, in reality, not just theoretically. Getting our hands dirty in the neighbourhood, starting to meet people, finding out what their worlds look like. 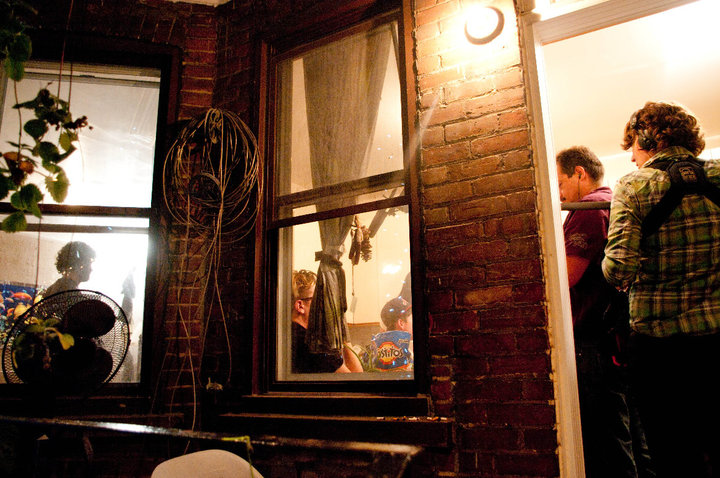 There are many reasons, a couple of fundamental ones: Denis Valiquette (who wrote the script with me) and I were talking a lot about these questions. Denis was born and raised in St-Henri, he has a particular interest in his own neighbourhood while I’m an uprooted person – this created an interesting dynamic. We were both really inspired by the Quebec cinema tradition, both the approach collectively and politically. Combining social engagement with making films was very much a part of the beginning of cinéma vérité in Quebec. And then the film À Saint-Henri le cinq septembre made in 1962 by Hubert Aquin with 12 filmmakers was our direct inspiration for filming in St-Henri and the approach we used. 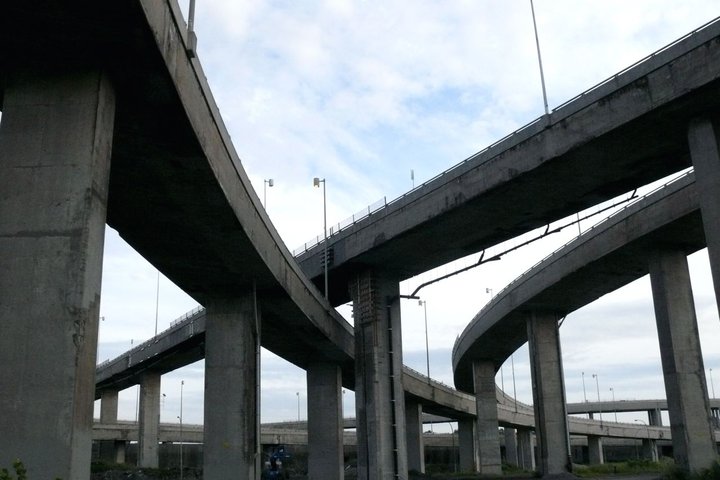 St-Henri is also the beginning of Canada in terms of the development of the colonial territory that we inhabit: it was one of the first settlements along the river, one of the first industrial communities. It was founded at a moment of clashes over space between indigenous people and the first French explorers; more recently it’s a marker of the development of capitalism in a post-industrial period. St-Henri now sits in this interesting juxtaposition between a major highway called the Turcot interchange (image at right), which is likely going to be destroyed, and the Lachine Canal. It also has train tracks cutting through the middle of it. These routes represent the major ways that capital has circulated into North America from Europe. Our film doesn’t deal a lot with these issues but for me these are the traces of capital development, and disintegration, all over the neighbourhood of different moments over the last 100 years that I find really fascinating.

It is really fascinating. And then also the gentrification and transformations that have happened recently.

Totally. But I think it’s also a continuation of the way that capital is circulating. And that’s why I'm thinking about making a film trilogy, because it is false to imagine that while people are being displaced and pushed out of the city there is some kind of stability with this type of gentrification. You lose part of the picture if you look at these issues only in one place without a comparative sense with what is happening in other cities. The factories are hollowed out but it’s not because material production has stopped happening. 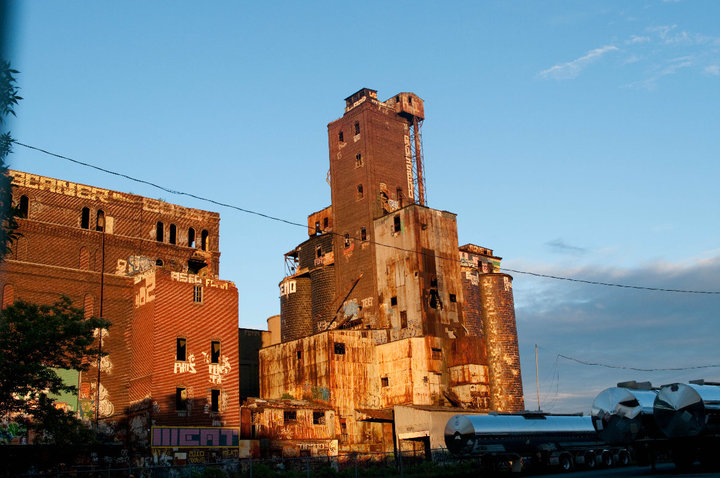 That’s something I wanted to ask you about: How do these processes compare across other cities? What are the other two cities in the trilogy?

At the moment I am really hoping Johannesburg will be the next one, and I’m still figuring out the third city. We’ll see, it’s one step at a time. It an investigative process as we make the films. I’m really excited about Johannesburg because being here I’m able to work with 14 Montreal-based directors to actually reflect on the place where they live. It’s going to be really interesting to do Johannesburg and work with Johannesburg-based filmmakers in that same collective spirit to get them reflecting on questions around, for example, African migrancy, the new "black diamonds", the economic displacement in the massive shack settlements – all the different kinds of realities that are really up close in Johannesburg.

For me the ultimate question is around what it tells us about the processes of capital at the moment, and through an anthropological richness, trying to get a sense of where we are now. For me that’s the fundamental question from where we need to build resistance movements. If we don’t know where we’re starting, how do we know where we’re going? I think we need to take moments to stop and reassess, you know? 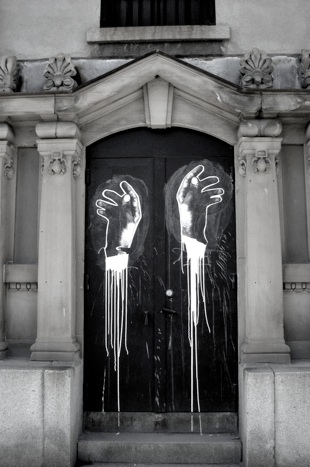 When is the film set for release? How can Polis readers see it?

We are set to be finished in March 2011 with Parabola Films. Hopefully we will premier it at a film festival, probably in Toronto in the spring. We’re also going to screen it on Canal D, the French broadcaster in Quebec. That will probably be a bit down the line. We’ll keep our website updated and we have a Facebook group, so people can check in on when it’s going to come out. It will be distributed in French and English, our co-partner is the l’Office National du Film du Canada(ONF). So through Canal D, the ONF and our website we’ll be getting it out into the world.