Typography in the City

While walking down a street in New York last week, I couldn't help but notice the diversity of typography in signage within a few blocks of each other — the fonts used carefully deliberated and calibrated for their use and what they aim to convey. Here's a quick sampling: 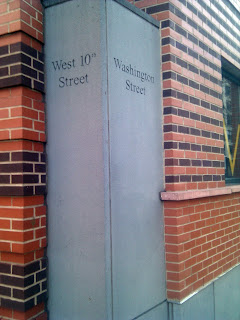 A serif font, giving a sense of authority and gravitas to a street sign. The method of engraving the street names into a distinct corner-cut concrete block also seems like hugely useful idea: In dim lighting, I won't have to squint my eyes and randomly scan the airspace for street signage (especially if I were a lost tourist). And it's interesting to consider engraving the street names in braille on a concrete block at arm-level to make them more accessible to the blind. 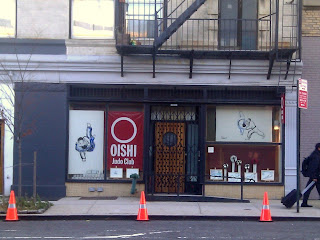 A bold but lean sans serif font on the shop front of a judo club, accompanied by what looks like hand-illustrated judo maneuvers. The combination invokes a sense of the (hand-drawn) old-school while signaling a  contemporary relevance (as sans serif fonts are wont to do). 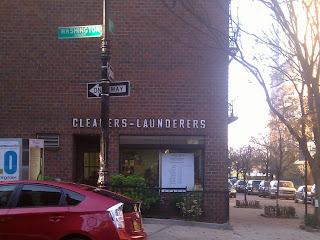 Yet another instance of sans serif, with thoughtful letter spacing between characters that makes a long string like "cleaners-launderers" extremely easy to scan even if you're running by with blaring earphones and a singularity of focus through the biting cold. 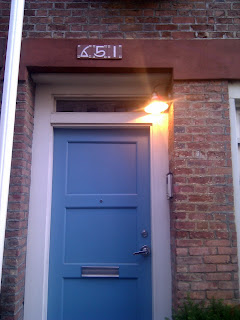 Lastly, a bit of whimsy with a hieroglyphic, Mesopotamic quality — perhaps a touch of self-expression and creativity of the unit's inhabitants.