Rabat, Casablanca, Algiers, Tunis, Tripoli, Benghazi, Alexandria, Cairo, Sana'a, Baghdad and Manama; these cities are leading what perhaps is the most important democratic revolution in several decades. Dictatorships and fake democracies are being dismantled by popular movements without the need of political parties or religion. Some of these cities are on-the-ground, massive and successful experiments of a new era of horizontal participatory democracy, powered by modern communication technologies. 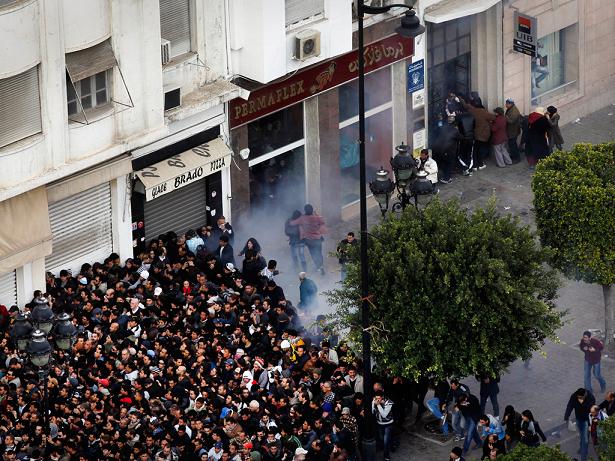 Some media and politicians have been concerned that these revolts might give radical islamists a chance for taking over governments in the region. As locals have made clear, these revolts are not influenced by Islamic movements, but by the civil society, moved by unsatisfied basic needs and spontaneously organized through mobile phones and internet (see Sami Naïr's analysis in French and Spanish).

These concerns have been the main excuse for western countries' long-term support to dictatorial regimes as part of their policy of stability at the expense of democracy and human rights. Moreover, western support for dictators has in many instances made it easier for radical islamists to build up their constituencies. The history of Iran's Shah, wonderfully explained in Ryszard Kapuscinski's "Shah of Shahs" and Marjane Satrapi's "Persepolis," is perhaps the most notorious example of how deeply unjust and counterproductive client-dictators can become.

The revolts and changes that are taking place are real expressions of deep democracy, while the approach that have been using Western powers towards the Middle East and other capitalist countries ruled by dictators have been profoundly undemocratic and hypocritical.

Credits: Image of revolts in Tunis from The Guardian.