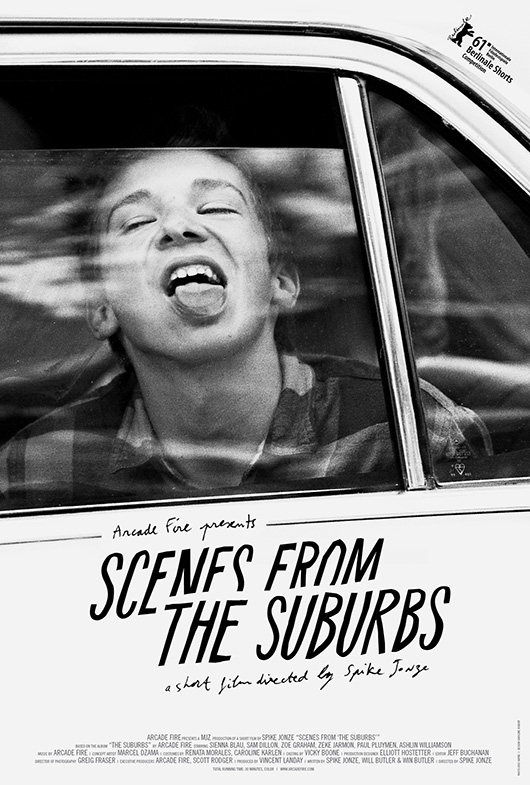 Music, film, and (sub)urbanism are set to collide next week in screenings of the short film Scenes from the Suburbs - a collaboration between Arcade Fire and Spike Jonze, which will run from 12-18 February at the Berlinale.

While the film, like the album, will re-present the isolation and longing of suburban life in a nostalgic and exquisitely rendered piece of art, designers are concurrently re-imagining the future meaning and spatial uses of suburbia.  Both the physical remnants of suburban infrastructure as well as the lives that depend on them must adapt to a more sustainable model of peri-urban life in order to transcend the iconography of 'Suburbs' from the mid-to-late 20th century.

In a way of circumventing the arguments of 'more density v. less density', one can instead concentrate on the creation of responsive densities - landscapes that recalibrate previously established planning models for new uses and lifestyles, as suggested in 'Retrofitting Suburbia'.  What will the next generation's 'Scenes from the Suburbs' tell us?