Some time in the thick of winter last December, I stopped by a supermarket located in a low-income neighborhood in the city of Cincinnati, Ohio. 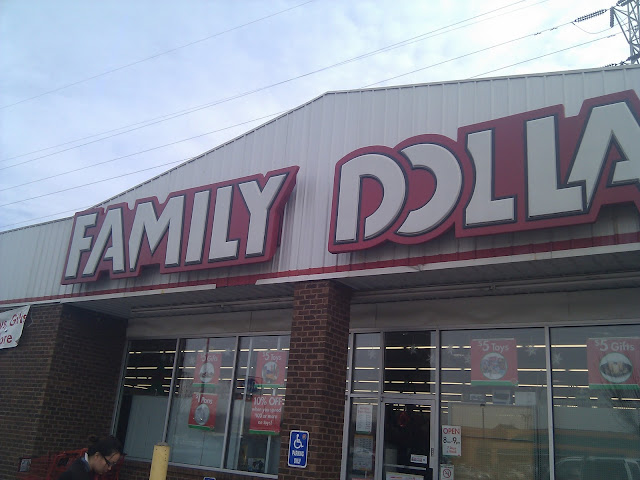 The visit was motivated by a desire to understand a typical urban consumer's experience on the path to purchase and consumption. Winter aside, this particular supermarket felt heavy with an air of malaise and neglect, but most strikingly, it was bereft of the usual embellishments one would expect from in-store advertising -- no brightly colored discount stickers or islands of product in the aisles. There were simply rows upon rows of product and prices on business card-sized paper, all situated somewhere between haphazard and order. Implicit within this lack of consumerist fanfare is a sinking suspicion that the creators of this shopping environment had deemed their low-income customers not worth advertising to, or even lifting a finger for.

This rather bleak experience sparked a thought:  if most of us go through life spending a considerable amount of time in places of purchase and consumption (be it the city supermarket or the local fast food joint), then surely a lifetime of frequenting these consumer spaces has some meaningful impact on one's outlook on life. For the brand marketer whose job is to design consumer spaces for the dollar-store clientele, it stops becoming a question of, "why bother with in-store advertising if the only thing my customer cares about is a low price tag?" Rather, the question becomes, "can a consumer space impact the sense of self-worth and aspiration for the community that it serves -- and what are we to do about this?"

In contrast to my experience in Cincinnati, I encountered a brightly decked grocery shop, replete with natural light and entirely pleasant by way of shopping experience -- while in a lower-income neighborhood in Jakarta, Indonesia. (When translated, the shop name "ceriamart" approximates to "cheery market"): 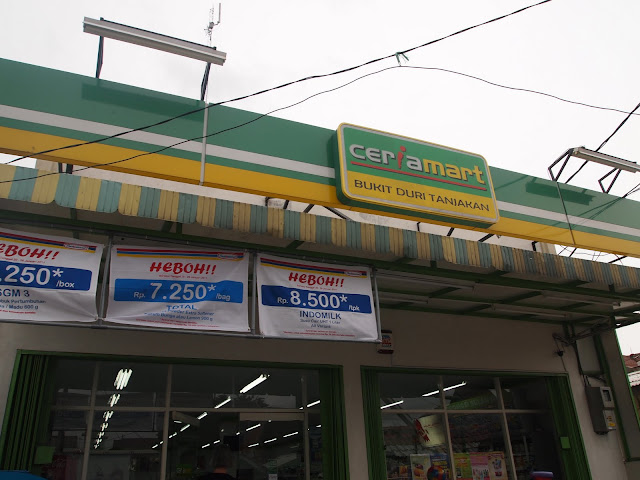 Nearby, a mom-and-pop shop didn't quite have the same embellishments, but the shop's orientation puts customer service at the front and center of the consumer experience: 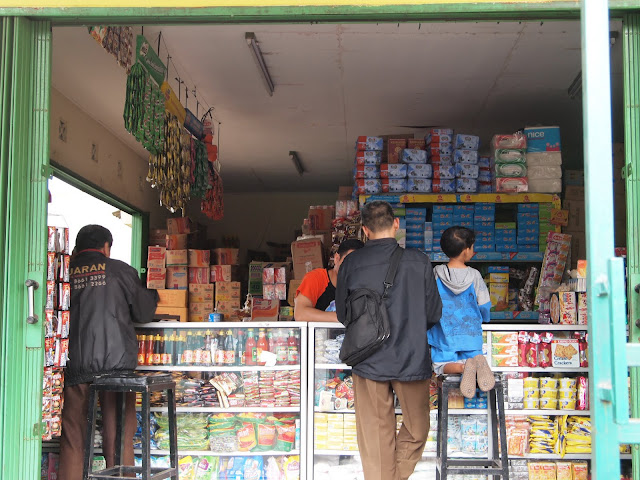 The shop adjoined to a gas station in Kuala Lumpur took the trouble to adopt Ikea-esque information design: 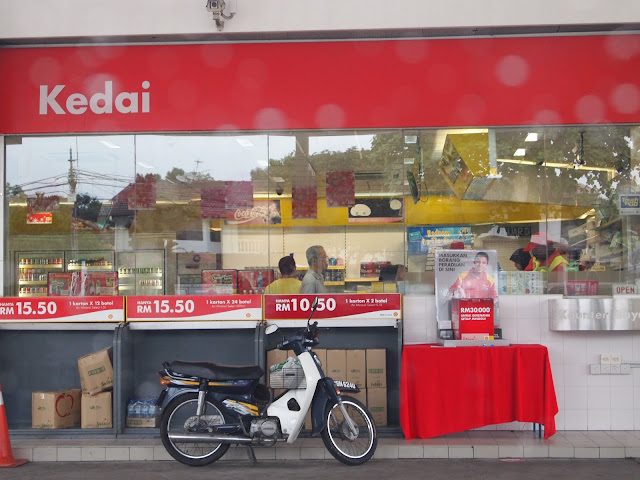 Having experienced the harshly lit desolation of Walmarts at the outskirts of several major cities in the United States, I found it surprisingly uplifting to walk into a gaily lit, bountiful Walmart in the city of Shenzhen, China. One could argue a similar comparison for the McDonalds fast food joint in the heart of Kuala Lumpur, when contrasted with the McDonalds in downtown San Francisco. Granted, brands that traditionally cater to lower income communities in the U.S. tend to position themselves with the rising middle class when exported to emerging economies.

So what can we learn from this exercise in comparing urban consumer experiences in emerging countries, vis-a-vis that of industrialized countries? Perhaps the difference between consumer experiences in emerging and industrialized countries can be summed up as the difference between optimism and cynicism; aspiration and angst. For many emerging economies pulling out of the backwaters and into a burgeoning middle class, hope and optimism abounds -- and so does the sense of striving towards a better life. For more developed economies that have seen the failure of institutions over and over again, its players are more cynical, jaded, ambivalent. These disparate perspectives are reflected in the way both customers and corporations embrace consumer culture.


In his article, Design and Human Behavior: The Sociology of Architecture, William Du Bois contends:

Should we thus hold designers, brand marketers, retailers and restaurateurs to a moral obligation to consider how consumer spaces affect a sense of dignity and self-worth? Is there a way for the industrialized and jaded to break out of the vicious cycle of cynicism and return to a state of optimism -- or more cogently, simply demand more from those who design our spaces and interactions? And at the end of the day, can we materially measure the social and economic upside of investing more time and effort in designing good consumer environments?

To sketch out a possible experiment to begin with: for a particular underserved urban neighborhood, start by putting in the effort and thought into redesigning its high-traffic consumer touchpoints (the McDonalds and Family Dollars in the neighborhood) in the way that we would for the Macy's and Neiman Marcuses of the world, run this experiment against a control over a period of several years, and observe any overall qualitative or quantitative impact on the community against a set of socioeconomic measures. The devil is certainly in the details, but I'd love to hear more erudite thoughts than mine on this -- for what it's worth, it would all be in the service of eliminating those grocery aisles of dread, malaise and neglect.