Space and State Power in Delhi

There is no doubting that architecture and urban space inherently reflect power relations, and shape power dynamics, in the city. While movement in and access to city spaces is increasingly controlled by the private sector, one of countless places in the world where state power is explicitly ingrained in the urban fabric is in Lutyens’s Delhi. Named after the British architect who laid out the central administrative section of the city under British Imperialism, it was built in 1911 when the British moved the country’s capital from Kolkata to Delhi. 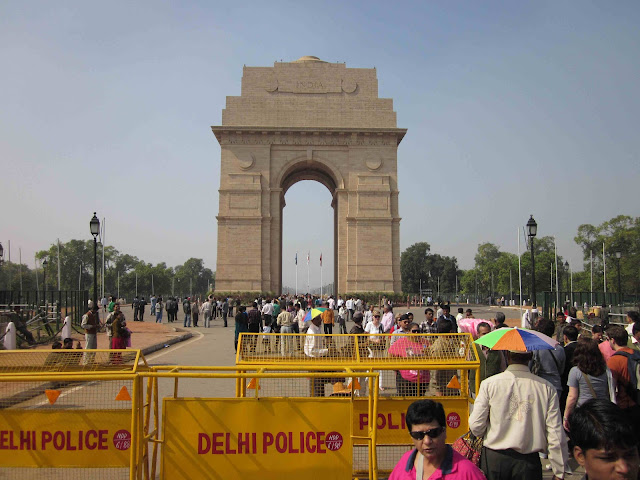 Lutyens’s plan consciously sought a clean break from the historical places of power in the city, specifically Shahjahanabad – also known as Old Delhi, a quarter circle area of whose focal point is the Red Fort – which was founded in the 1600 by the Mughals, built on top of far older remnants of urban development. As the new symbolic heart of the city, Lutyens’s Delhi clearly divided the colonisers from the ‘colonised’. This power ‘over’ the city and the country, first under British rule, and since India’s independence in 1947 with a national democratic face, is blatantly illustrated through the spatial configuration of this part of the city. 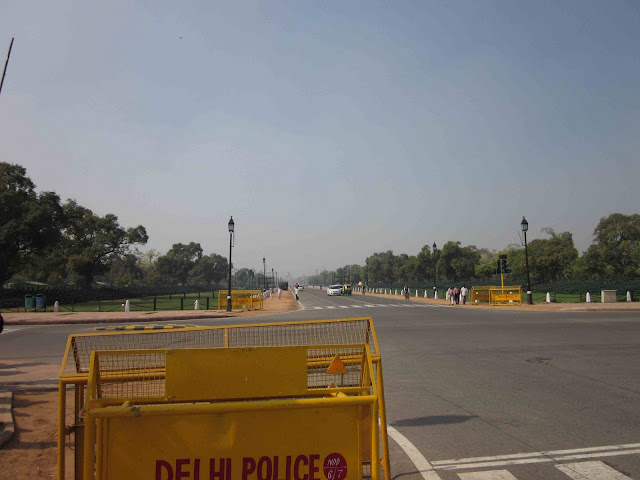 Rajpath is the two kilometre long east-west road connecting India Gate to the Presidential Palace and various other government buildings, with the Parliament building set off to the right. It is a formal, processional road with limited car traffic lined by wide grass spaces, whose absence of people, in a country with a population of over one billion, is an illustration of power in itself. This road forms a t-junction leading into the Presidential Palace and government buildings, and is the only direct access road to these sites of formal State power.
﻿ 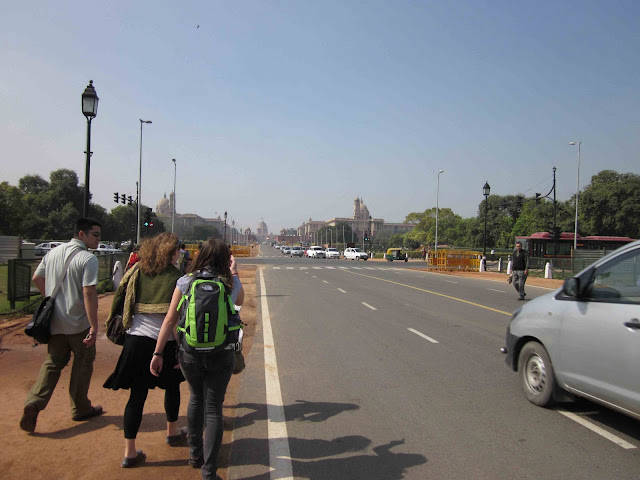 ﻿
The walk from India Gate to the Presidential Palace has a feeling of emptiness, the space being vastly different and a world apart from the rest of the city’s teeming buzz of life. It is an area not used by dwellers except perhaps for a drive through, and its disconnect from the rest of the city is palpable walking through and just being in the space. Arriving at the Presidential Palace and government ministries, the north-south flow of traffic (below) serves as a barrier to access, and various other barriers abound (physical, psychological, etc.) with the blatant police presence throughout the area. 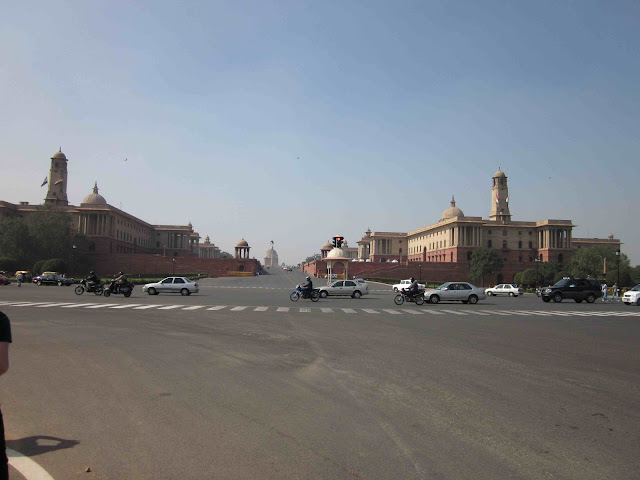 Power is thus symbolically, visually and practically expressed through the exclusive feeling of the presence of the State. This is reinforced by the fact that, according to Amita Baviskar (2003), no protest events have been allowed within a certain radius of the Parliament, and that ‘permitted’ venues have limited impact in terms of making causes visible and audible. Such realities are yet a further illustration of the need to struggle to claim democratic, accessible and people friendly spaces in the city, in a movement towards counteracting and rebalancing such places of power. 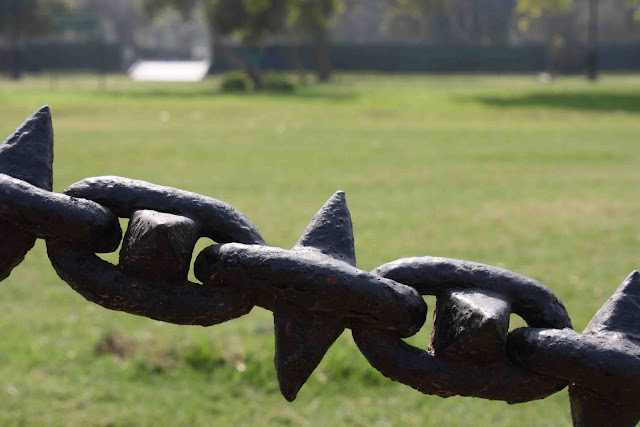