In Stockholm City there is a black-and-white patterned square with the appellation Plattan, or the Disk. Completed in 1967, it is probably the most famous, and infamous, public place in the Swedish capital. Its denizens have included political protesters, drug dealers, and punk rockers. I used to spend time there at age 13, inspired by the punk rockers.

Plattan is controversial in many ways, not only because of the crowds it attracts, but because of what it has erased. After the Second World War, Sweden found itself in a secure financial position. In Stockholm, politicians decided to construct a new city center and tear down the tenement buildings in the district of Klara, which was considered a slum at the time. 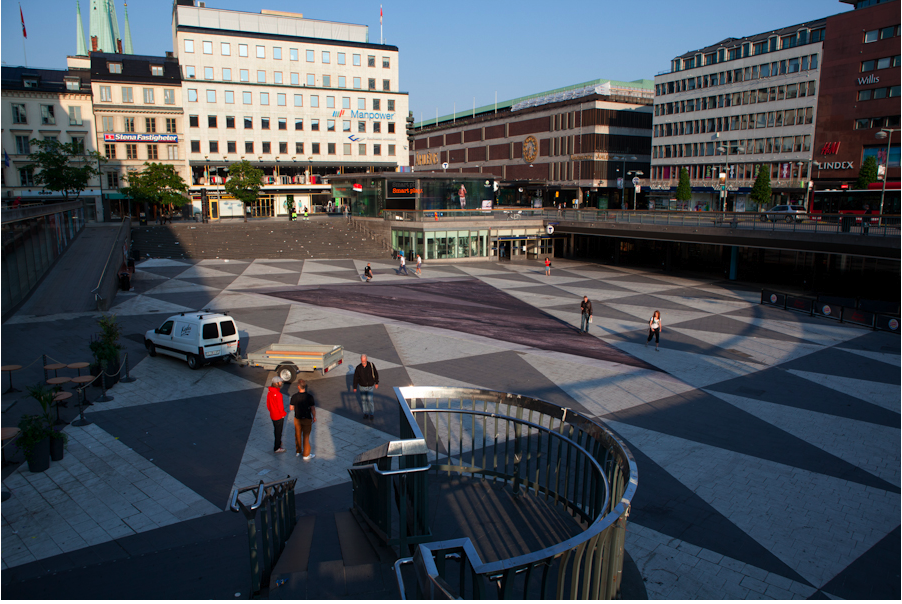 The result was one of the largest demolitions of a European city center executed in peaceful times. Today many Stockholmers remember Klara with nostalgia, but there is also a growing pride in the Modernist architecture, including Plattan, near the well-attended culture house. 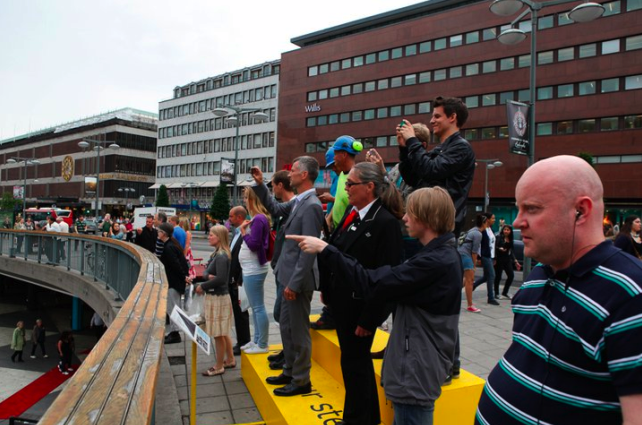 Perhaps these historic layers inspired photo-manipulator Erik Johansson to choose Plattan as the site for his first outdoor illusionary work of art. It looks like some of the triangles has been dislocated, creating a rupture in the square. But the opening is actually a 300-square-meter photo canvas laid out on the ground. It is called “Mind Your Step.” 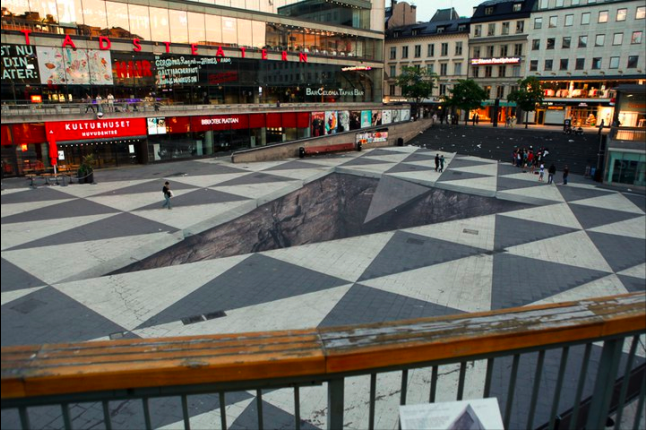 Johansson’s piece encourages people to pause and reflect upon perceptions of art and reality. For me, the “hole” becomes a reminder of how brutal urban transformations can help us realize what we value most, as well as what we didn’t know we needed. Stockholm lost a vibrant district but gained an important square.