The protests that exploded across Spain in mid-May, manifesting more permanently in the takeover of plazas in hundreds of cities across the country, show few signs of abatement. The shift to the right after most of the country’s local and regional government elections on May 22 is certainly fuel for the fire, and the attempt to violently evict peaceful protesters from Barcelona’s Plaça Catalunya on May 27 has only reinforced and reinvigorated the plaza camps in cities across Spain. 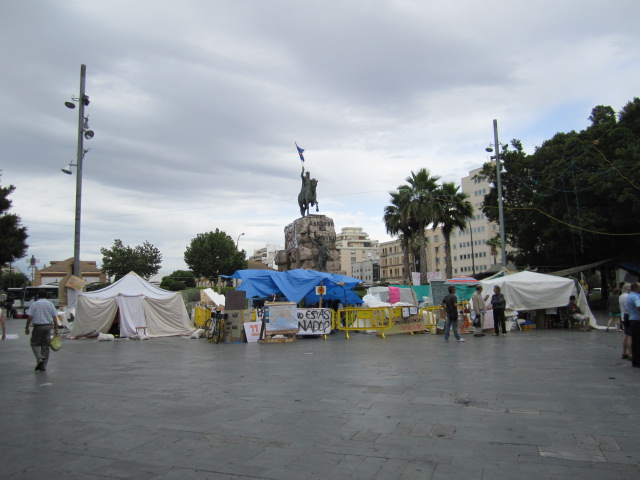 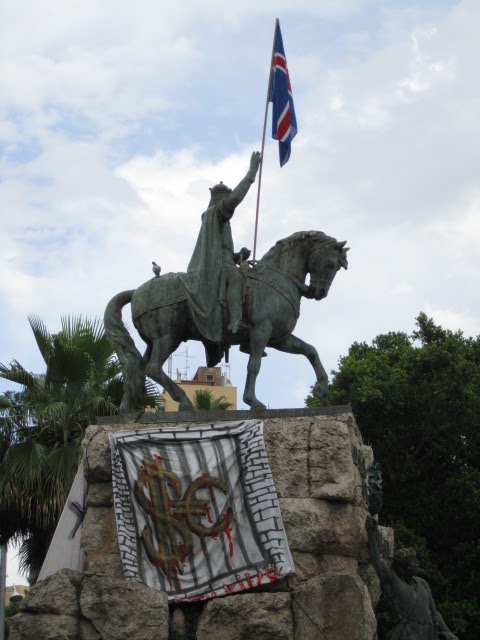 Palma de Mallorca’s main plaza, Plaça Espanya, has been popularly renamed Plaça d’Islàndia, referring to the Icelandic people’s popular takeover of the government earlier this year. Despite fits of rain this week and last, the camp and activities within continue: film screenings, lectures, discussions or workshops during the day, and a popular assembly most evenings at 8 p.m. A "Free University of the Plaza" has been organized, including a makeshift library, located in between a dedicated play space for kids and an urban garden. A kitchen space has been set up next to the camp’s information and media center to feed dedicated campers, many that have yet to return home. 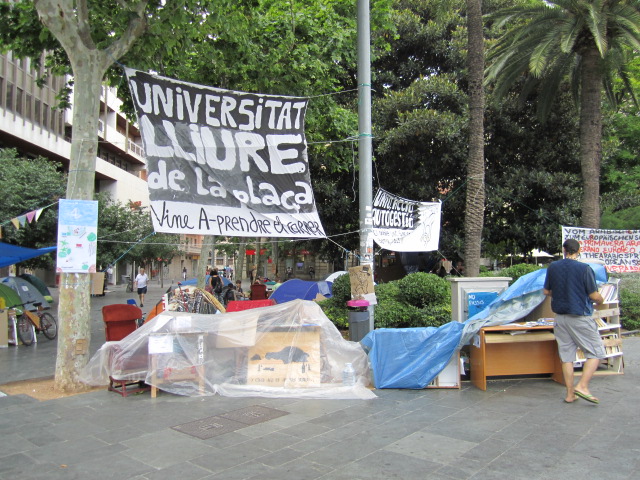 Free University of the Plaza. 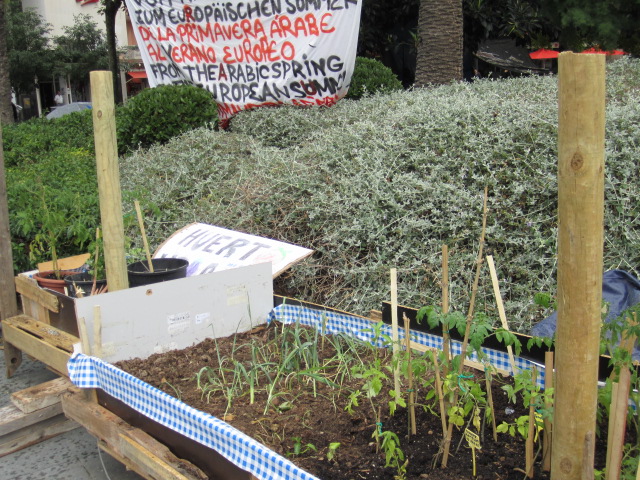 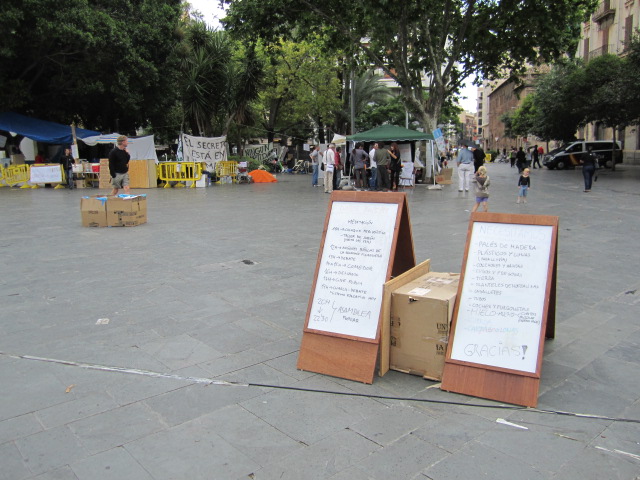 Agenda for the day's activities.

There has been much discussion in Palma, as in the rest of Spain, about decentralizing the main camp into neighborhoods and plazas throughout the city. All residents are encouraged to form neighborhood-based popular assemblies and use the Acampada Palma website as a communication platform.

As the movement enters its fourth week, a recent national opinion survey of 1000 people found that three out of four people support the 15-M mobilizations, with support from those under 35 years old at 83 percent. Yet only 13 percent think that the movement will have an impact in terms of broader societal change, with the majority (53 percent) believing that it will contribute little or nothing to change Spain’s current situation. Time and people’s continued (or not) engagement in the process will tell if demands for political and economic change can be realized and, ideally in the long term, institutionalized.