Paul Auster on Motion in the Streets 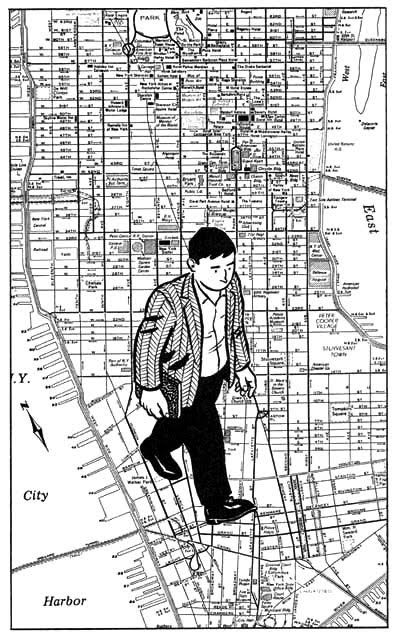 “He felt as though he were leaving himself behind, and by giving himself up to the movement of the streets, by reducing himself to a seeing eye, he was able to escape the obligation to think. ... The world was outside of him, around him, before him, and the speed with which it kept changing made it impossible for him to dwell on any one thing for very long. Motion was of the essence.”

This is part of a collection of quotes related to cities. They don’t necessarily reflect our views, just topics of interest. We welcome you to add others.

Credits: Image from City of Glass: The Graphic Novel (2004) by Paul Karasik and David Mazzucchelli.