Reading the History of Bucharest in its Buildings 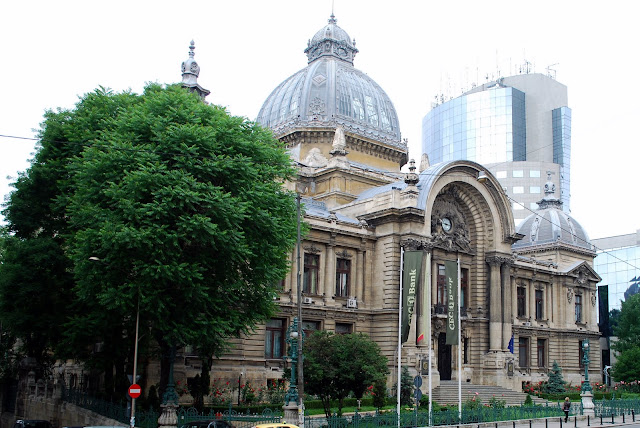 CEC Bank Palace (built in 1900) in front of the Bucharest Financial Plaza (completed in 1997).

One of the most striking visual elements of the architecture in Bucharest is its eclectic nature. As you walk down Calea Victoriei which winds through the city center, you pass buildings from the late-19th or early-20th century, buildings from the communist era in the mid-20th century, and structures built since the fall of communism in 1989. Styles range from medieval to neoclassical to art nouveau to modern, all within a few blocks or even on the same block. Seeing Bucharest’s architecture gives a sense of its history from the “golden age” in the late-19th century to the communist era to today, and its buildings — block housing, stunning churches, modern office buildings — tell a fascinating social, political, and economic story. 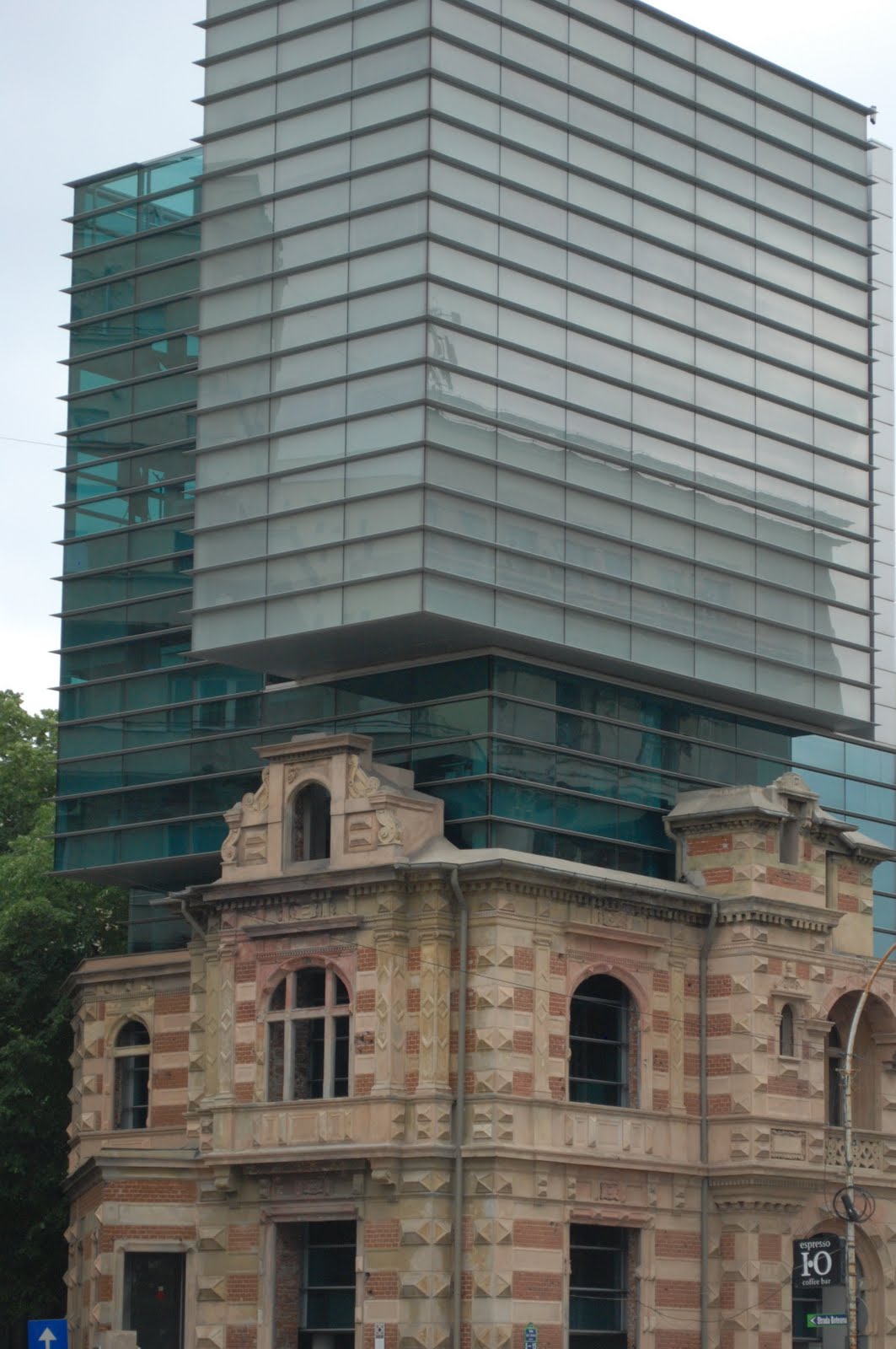 The foundation of the former headquarters of the Securitate (secret police) serves as the base for a modern building, as parts of the city's history are literally paved over.